As rain was forecast for later in the week (not that that seems likely at the moment) Cathy & I decided to but birds to one side for the day and go butterfly hunting. The aim was to see two of the three regularly-occurring Norfolk butterflies that I have never seen, Dingy Skipper and Grizzled Skipper. These two butterflies can both be rather annoying to pin down, as not only are they scarce locally, they are also rather dowdy, allowing them to disappear against brown backgrounds. In the end we found 2 Dingy and c15 Grizzled Skippers, and also saw 2 Green Hairstreaks, 2 Mother Shipton moths and a Burnet Companion moth. The last butterfly I want to see is White-letter Hairstreak, which have occurred in Chapelfield Park before, but if you have a reliable site then please let me know! 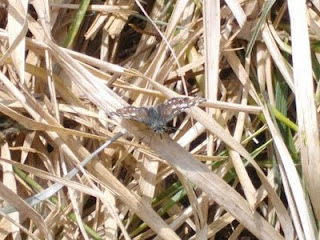 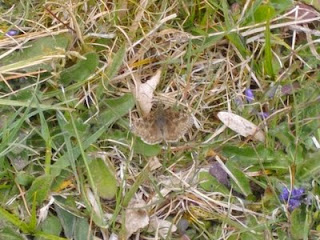