Whilst getting ready for work I noticed a Fox sunbathing in next doors garden. I called Cathy, but it had gone by the time she got to mine. Hearing a Magpie still ticking something off we went outside to see if it was still nearby. Not only did the Fox run across in fron of us and into the garden, but it was followed a couple of seconds later by a Muntjac! Much to our amusement the deer bolted round the corner and straight towards us standing at the back door, before seeing us, jumping in the air then running off. Even better, the Fox later returned, and allowed me to get some photos. My only regret is that I didn't manage to get one of it yawning to complete the "lazy" set! 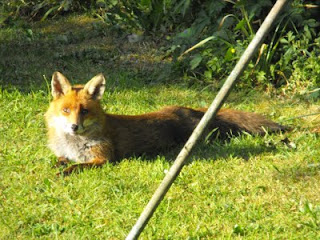 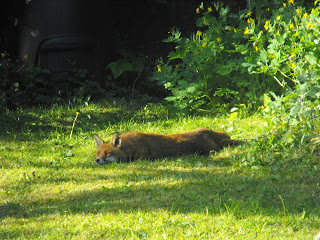 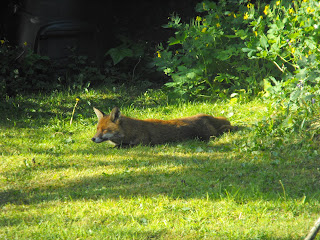 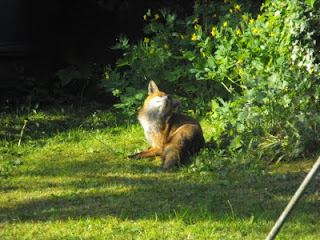 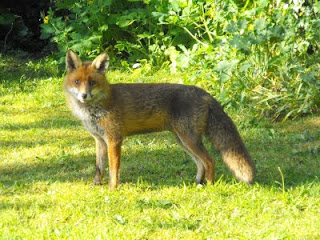