A drizzly day and it was more in hope than expectation that I went to Whitlingham. The bird "highlight" was probably a Song Thrush, whilst the mammalian highlight was undoubtedly this dead Mole. My first Blue-tailed Damselflies of the year were amongst the Common Blues, whilst the spur-mark on the side of the thorax on this damselfly may make it an immature male Large Red-eyed Damselfly, which if memory serves would be my first CP record. If not then its an infuscans form female Blue-tailed, and I need to find some birds instead of deliberating over this nonsense. 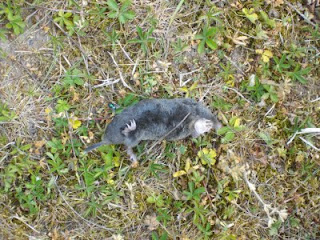 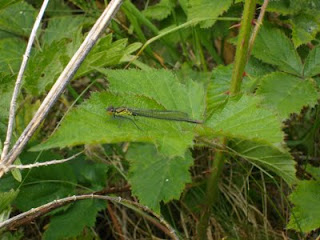