A good look around the country park, meadows, woods and marsh still failed to turn up any unusual birds (how I wish the White-winged Tern at Graffham had chosen Whitlingham instead). A couple of Common Terns were flying around the Great Broad, but that was it. From memory the number of Coot should be building up now, but it isn't. A few Blackcaps were eating Blackberries near the river, and a "bull-necked"-looking Marsh Tit may have been strung for Willow in the days of old. Whilst scanning the meadows for partridges I saw a large bug out of the corner of my eye, which it turns out is a Western Conifer Seedbug. Smart looking thing, but apparently a huge pest species accidentally imported to Europe from the USA. On the bright side we are quite low on Ruddy Ducks, so it'll give DEFRA something else to shoot. 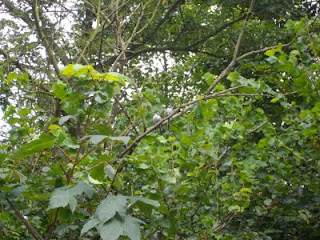 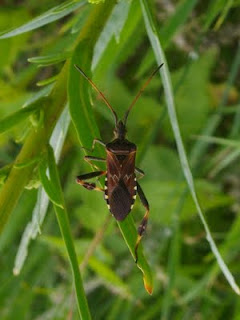