Eager to make the most of the warm weather whilst it stays, we headed to the Brecks to look for Scarce Emerald damselflies.  These are known not only for their rarity, but also because of their similarity to Emerald Damselflies.  Indeed the best way to tell males apart is the anal appendages, which as you can expect are rather small.  As both species were present at our site, I adopted a policy of trying to photograph as many individuals as possible.  We found several Emerald sp. in long grass, and I then went to check out the vegetation along the edge of a large pool.  I found lots of Emeralds, but they were too far away or too skittish to get decent pictures.  On my way back, birds started giving alarm calls and I looked up to see a large Goshawk flying over! I called Cathy and we were able to watch it soar over the clearing and then glide off northwards. 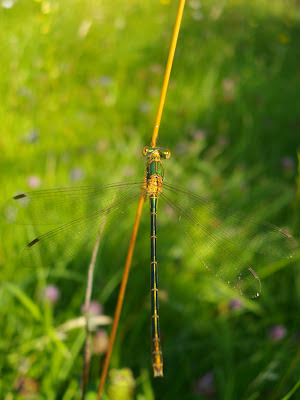 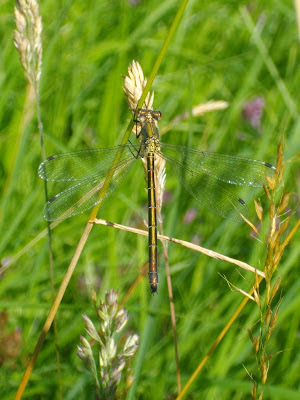 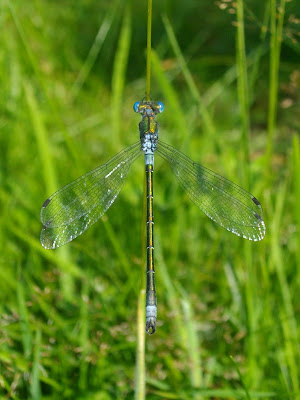