Ok, so I went to Whitlingham today to look at the architects displays.  I also had a look around the country park, but there were hardly any birds of note, so I'll concentrate on the plans.  Firstly the good news, which is that much of the development is meant for the overflow carpark and a field that is currently used for agriculture behind the picnic meadow, so the impact on the look of the park isn't as great as I first feared.  From the amount of work that has gone in it is clear that one of these will happen, and assuming (perhaps erroneously) that the decision can be influenced, I have been considering which option to back.

The option that I want least is LSIs Boutique Hotel.  The hotel would have probably been bad enough on its own, but they are also proposing to build an extension linked by a sort of perspex tunnel onto the barn, and developing their tree houses in an area of woodland that is currently undisturbed.  The coup-de-grace was their plan to add another jetty to the Great Broad to get more watersports happening.

The other two options aren't as offensive.  The Hudsons are planning to only build in the overflow carpark area, with the field being used for camping and an equestrian centre up one corner.  The picnic meadow would be used for events, but also retained as a picnic meadow.  Their idea includes some wildflower planting and an orchard.

Feilden and Mawsons spa, whilst completely unnecessary doesn't look too bad.  I have to disagree with their reasoning: "while spas may have a reputation as havens for the wealthy to be pampered, that misconception is rapidly being dispelled.  People no longer see it as a luxury, but as an entitlement."  Do they?  But they ended that piece with "= Viable concept", which amuses me.  Their houses look a bit Teletubbyish, but they are the only architects that emphasised natural aspects of the plans, suggesting that amongst the outdoor activities there should be moth trapping (which the Broads Authority aren't running this year btw).

In the end I just took the form and contact details and I'll have a think what proposal to go for and what comments to make.  I have included some photos from the display for anyone who can't make it in person. 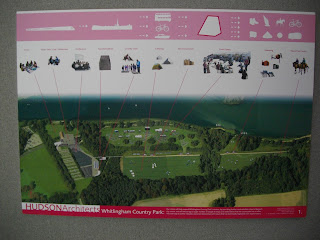 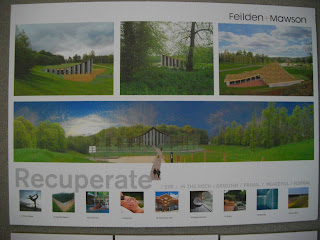 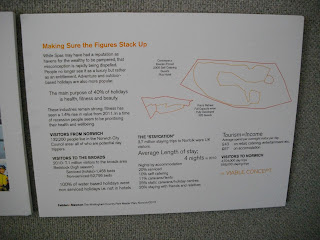 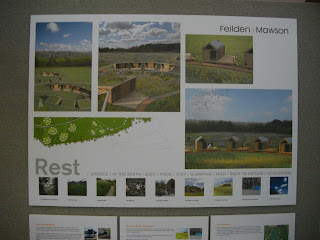 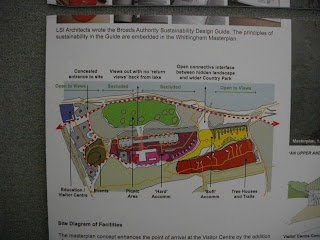 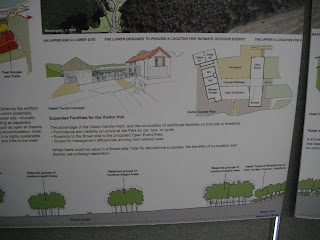