Bitterns occur annually at Whitlingham, but they seldom stay long. My only previous sightings was of one flying eastwards one evening. I was therefore particularly pleased to arrive after a careful walk through the snow to find two birders watching a Bittern showing well in the reeds opposite the visitors centre. I watched it for about half an hour before setting off around the broad to see what else was around. 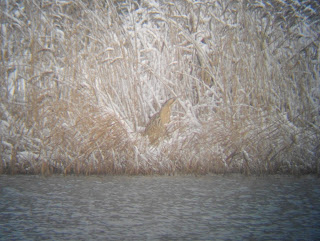 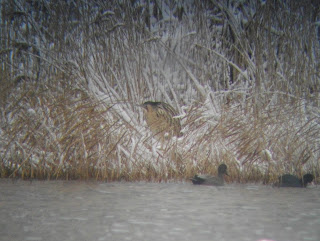 Scanning through the ducks I saw my first patch Shoveler and Wigeon of the year, along with several Little Grebes. A noisy flock of Siskin were flying between Alders, and a Water Rail scurried along the far shore. I was listening out for wild swans flying over, but instead picked out a couple of Fieldfares and some Redwing. Scanning from just past the island I noticed a black-and-white grebe with its head buried in its back. Soon it did stick its head up and look around, allowing me to confirm that the bird was a Slavonian Grebe, my second patch record following the one at Thorpe in December.

One of the Broads Authority staff stopped to tell me that he had seen the second Bittern towards the east end of the lake, so I carefully scanned the edges. I couldn't see the Bittern, but did see another Water Rail. After scanning Thorpe Broad (lots of birds but nothing unusual) I scanned the area of wet woodland in the north-east corner of the broad, and was pleased to see a Woodcock probing for food. In the conservation area around 120 Teal were all huddled together along the edge of one of the smaller islands and the two brown-head Goldeneye were showing now and again. There were loads of gulls around, and finally I managed to find a scarce one in the form of an adult winter Yellow-legged Gull. As I walked back to the main path I looked to my left and saw a Bittern! It saw me and flew up and over the scrub, looking to have dropped back in further along the north shore. All in all a cracking patch visit. 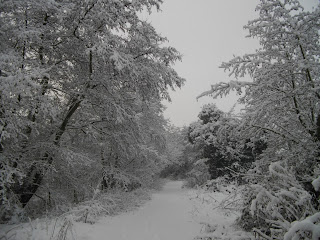 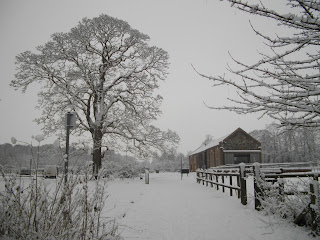