Still plugging away at Whitlingham, I arrived to find another huge Swift invasion under way. There were literally hundreds (at least 600+), and I was able to stand at the edge of the Great Broad and let them fly either side and over the top of me, sometimes so close I could hear the wings as they changed direction. A couple of Common Terns were calling, one in flight and one on a raft, and a Common Sandpiper was perched on one of the fishing platforms. I saw my first couple of hoverflies of the year too, including this Helophilus pendulus. 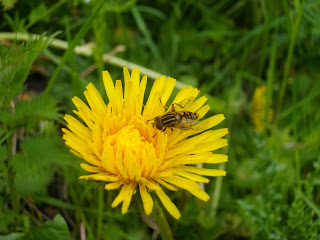 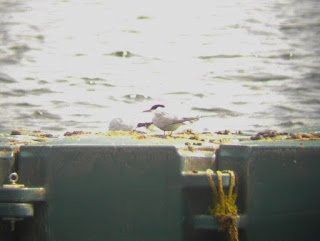 I saw my first damselflies of the year, with several teneral Common Blues on emergent vegetation. Other interesting stuff included a Slender Groundhopper and a smart Orange-tip. There were also a few more plants in flower, and an interesting green jelly like thing. It looked like a type of fungus, but having got home and checked, it is actually a mass of a type of Cyanobacteria. 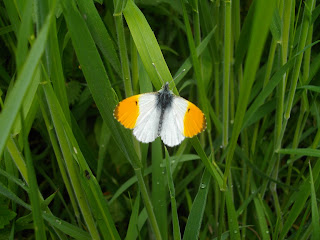 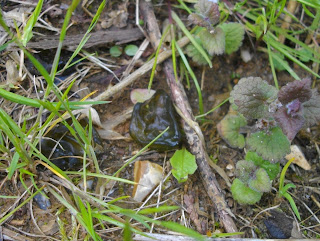