WHITLINGHAM: Swifts, Cuckoo and May Shoveler

An appointment in the city meant that I didn't get down to Whitlingham until lunchtime, but the overcast weather meant that it still wasn't unduly busy. Large groups of Swifts were still wheeling around in the sky like pointy-winged bats on acid. A scattering of Swallows and House Martins were still present but vastly outnumbered. The bird screen came up trumps (there isn't often much to see from here in summer), with a Common Sandpiper on the edge of the island and a pair of Shoveler. This is my latest patch record by quite some way, although I am aware of two later records for the site, both from the end of May. I finally heard my first Cuckoo (98) of the year, and after trying to pinpoint the sound it helped me out by flying into the trees on the island. 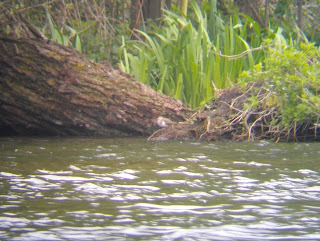 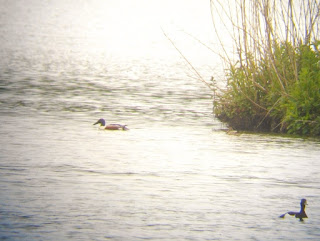 A bit further down the path I met another local birder, and we stopped for a chat. He had seen an aberrant Swift with a white patch, possibly the same bird that has been seen at Strumpshaw before. He had also noticed a leg ring on one of the Lesser Black-backs, although it was presumably one of the ones loafing on the broad as we couldn't find it on the posts to read the ring. One other interesting sighting from April was of an adult Med Gull he had seen amongst a flock of Common Gulls, a species that still eludes me here.

On the way back along the south shore I there were three broods of Canada Geese - judging from the size one of the original broods that was missing last week has died, but there are two new broods. Three small Greylag goslings must be a new brood as well, adding to the impressive year for this species here. Whilst searching for a singing Garden Warbler I noticed an unobtrusive green-flowered plant called Crosswort, which turns out to be new for me. 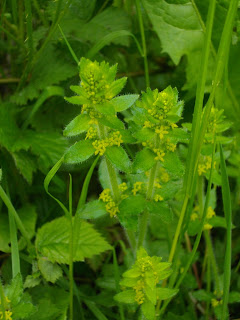