A nice evening, so a quick lap of the broad seemed in order. Given that a few Little Gulls and Black Terns had been seen at other sites around the county I walked round anti-clockwise to scan the broad first. The net result of this was three Common Terns, along with a second brood of Canada Geese and three more broods of Greylag Geese. Two of the Greylag families appeared to have creched their young together into a group of 13. Nothing of interest flew over, and one of the Garden Warblers that I first saw on Saturday was the pick of the singing birds. Back in the car park I noticed loads of Cuckoo Pint had unfolded. 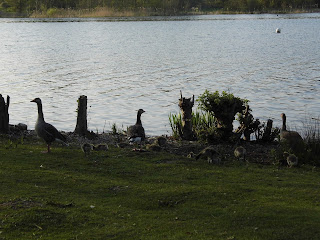 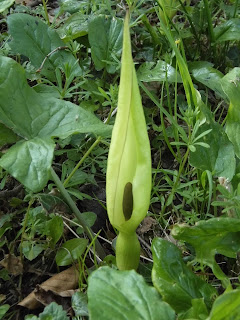