This time last year Cathy & I were busy with wedding plans, so we had decided that this spring we would go away for a short break. As we were looking at weekends I didn't really fancy a lot of driving, so we decided to book onto Carl Chapman's weekend tour to Wales. The tour takes in the Red Kite feed at Gigrin and Dolphin watching at New Quay, with the rest of the time looking for other birds found nearby.

We set off just after seven, and reached the Elan Valley in time for lunch. Whilst eating we saw a Dipper and a Goosander fly downriver, whilst a Grey Wagtail was also present. A short woodland walk was very productive, with at least five Spotted Flycatchers and good views of singing Redstarts and Wood Warblers. 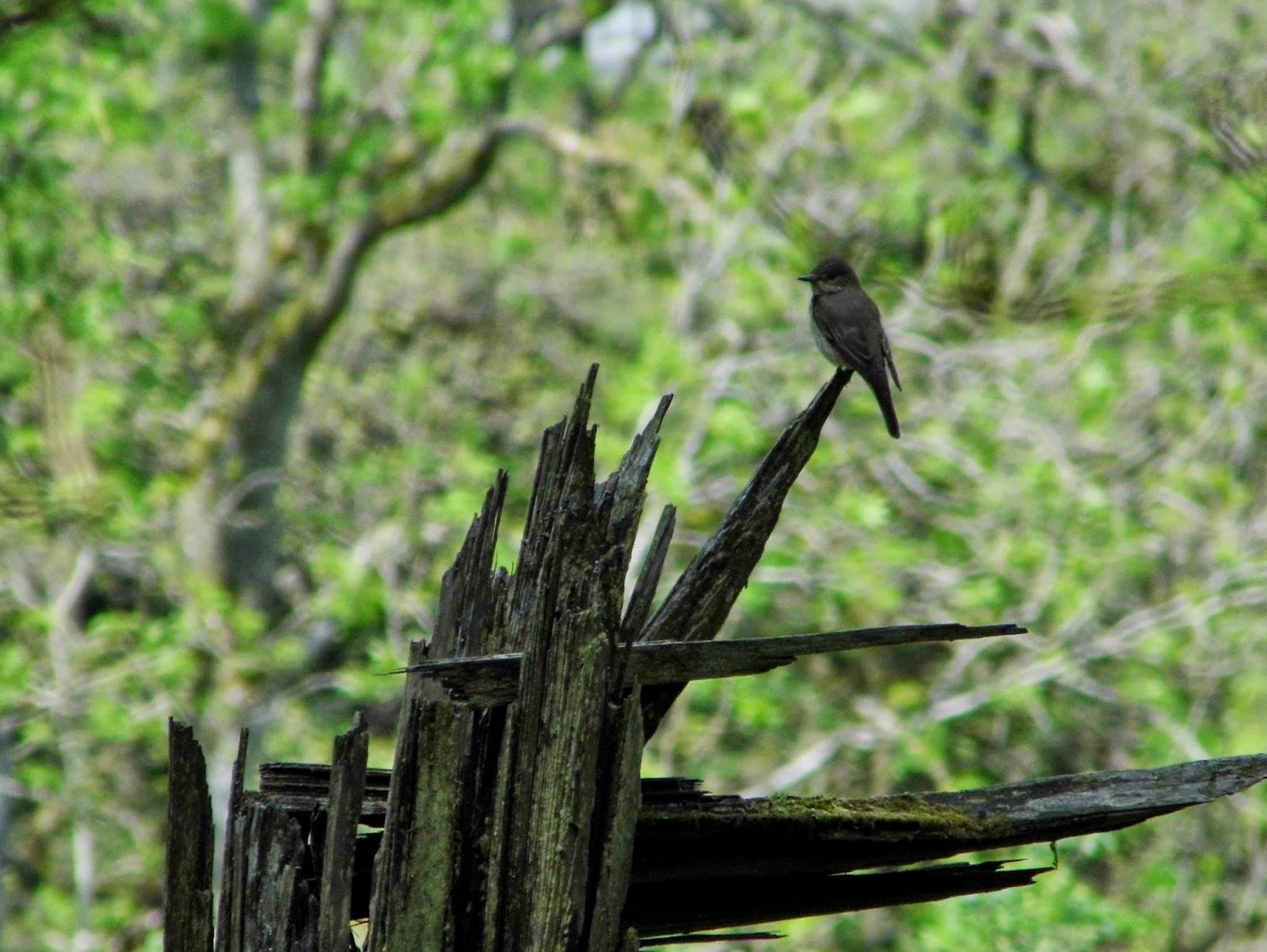 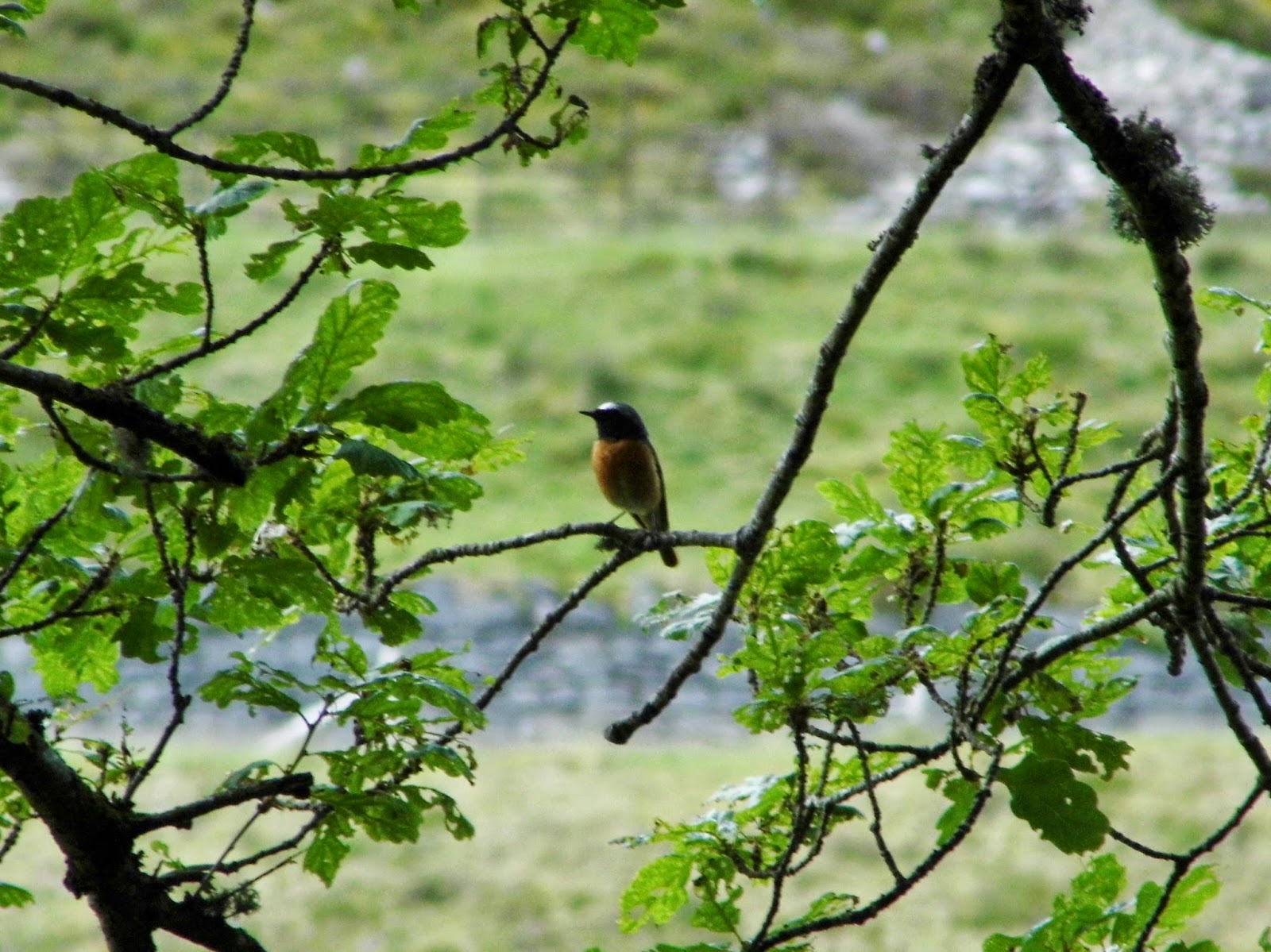 Next stop was Gigrin farm for the Kite feeds. We had a hide booked, and the Kites were soon circling overhead. As the feed started 150+ Red Kites were flying in, along with a few Buzzards and Ravens. Back in the car park Cathy found a male Redstart in the hedge nearby. 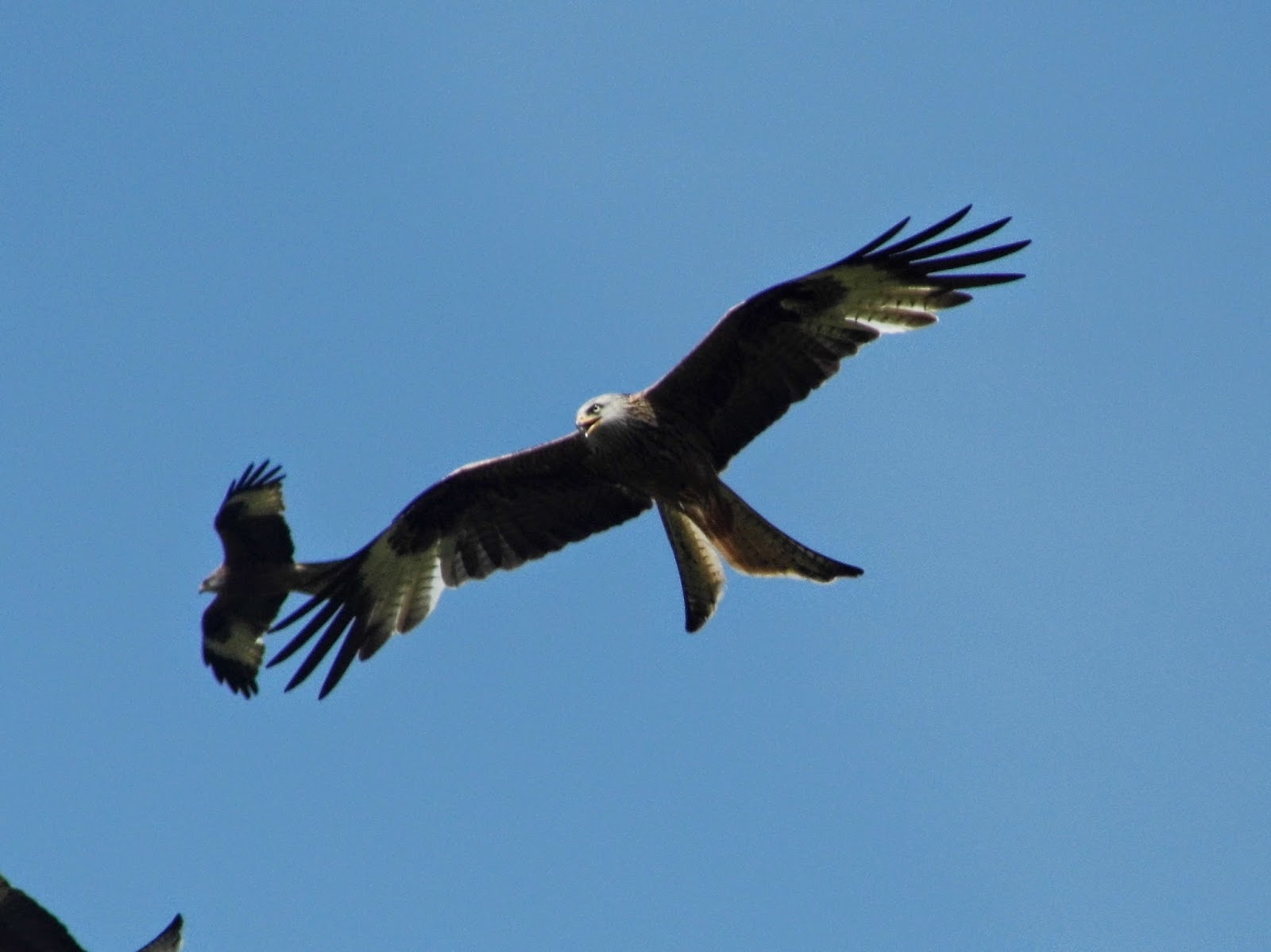 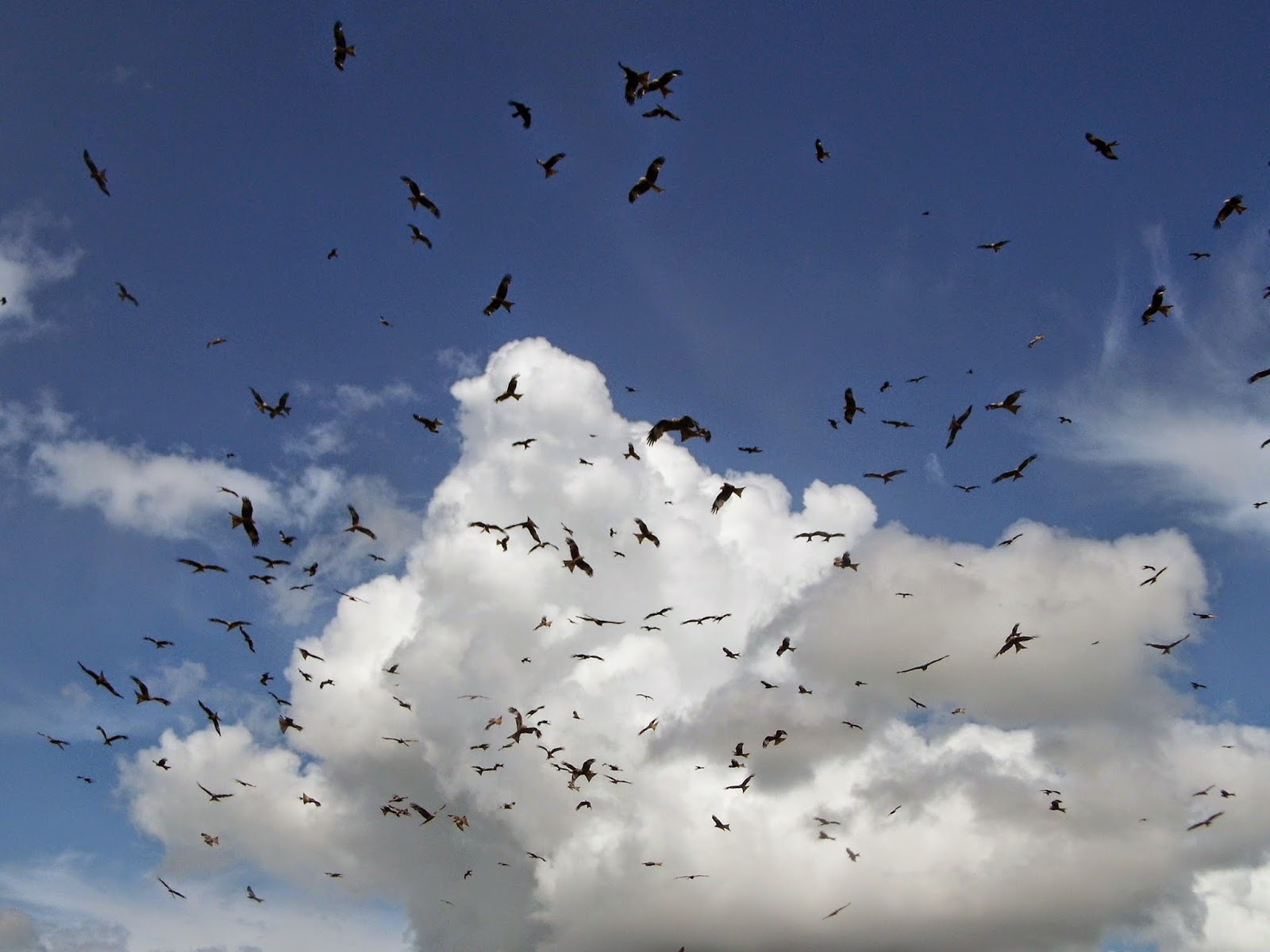 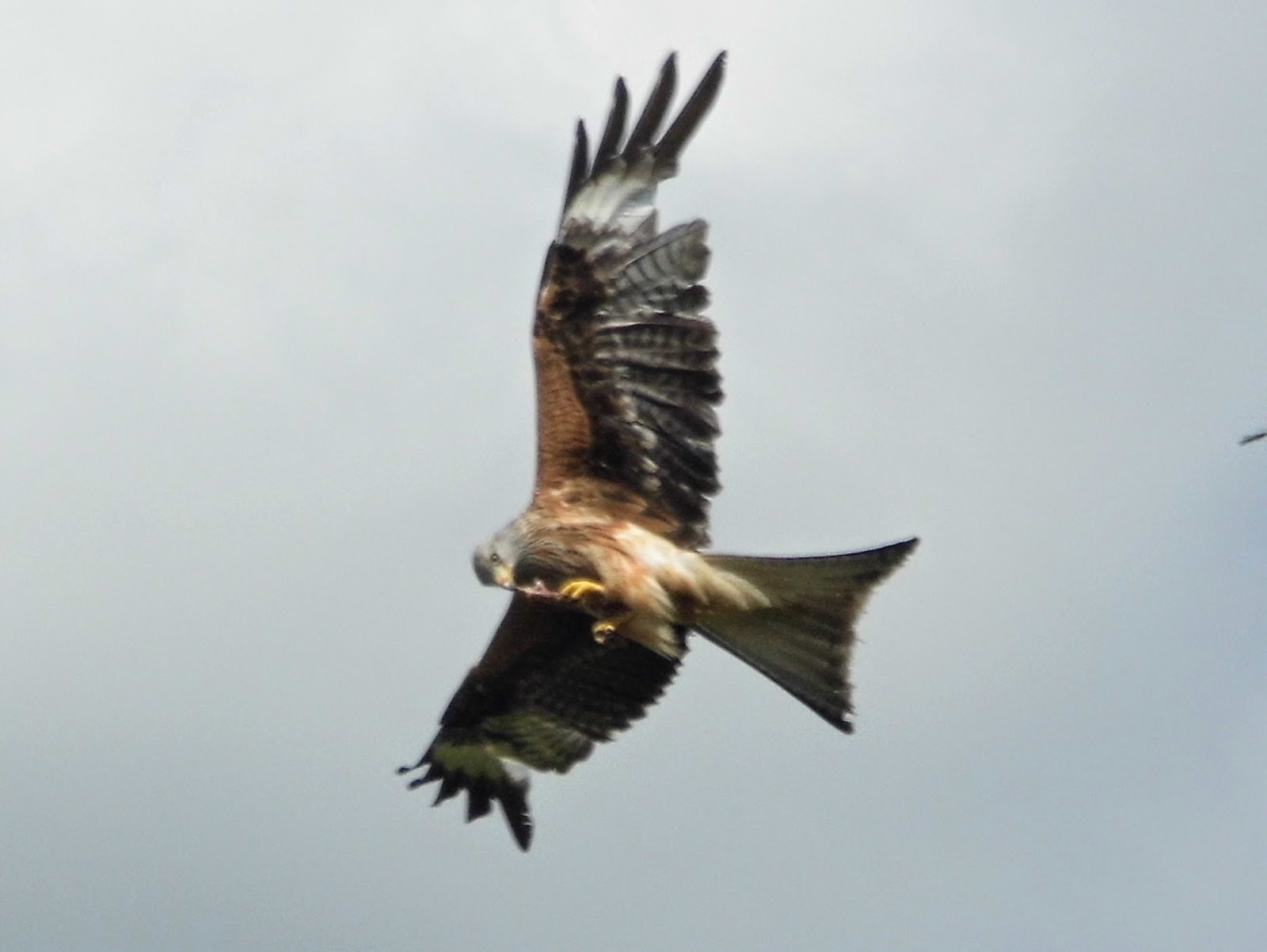 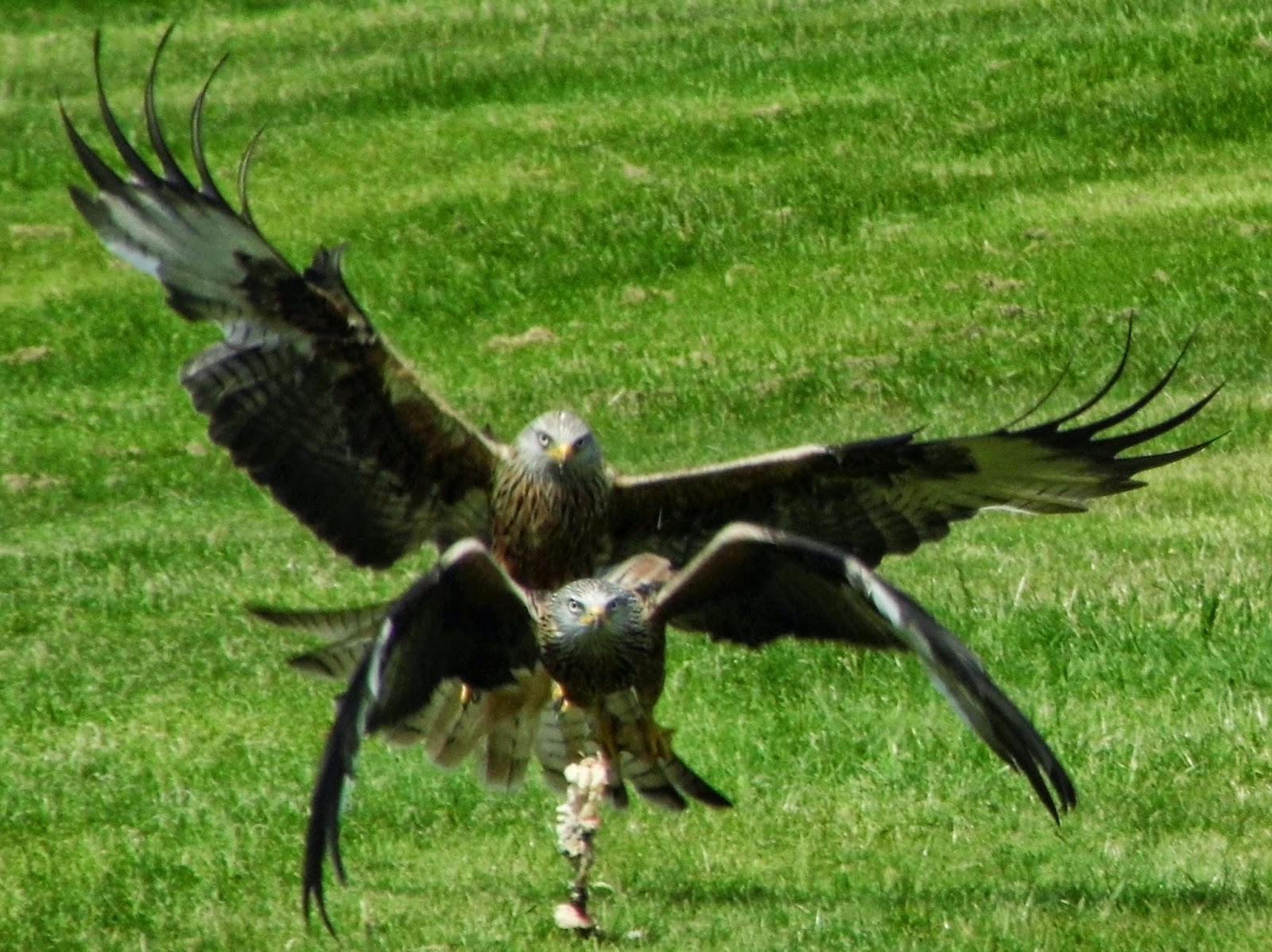 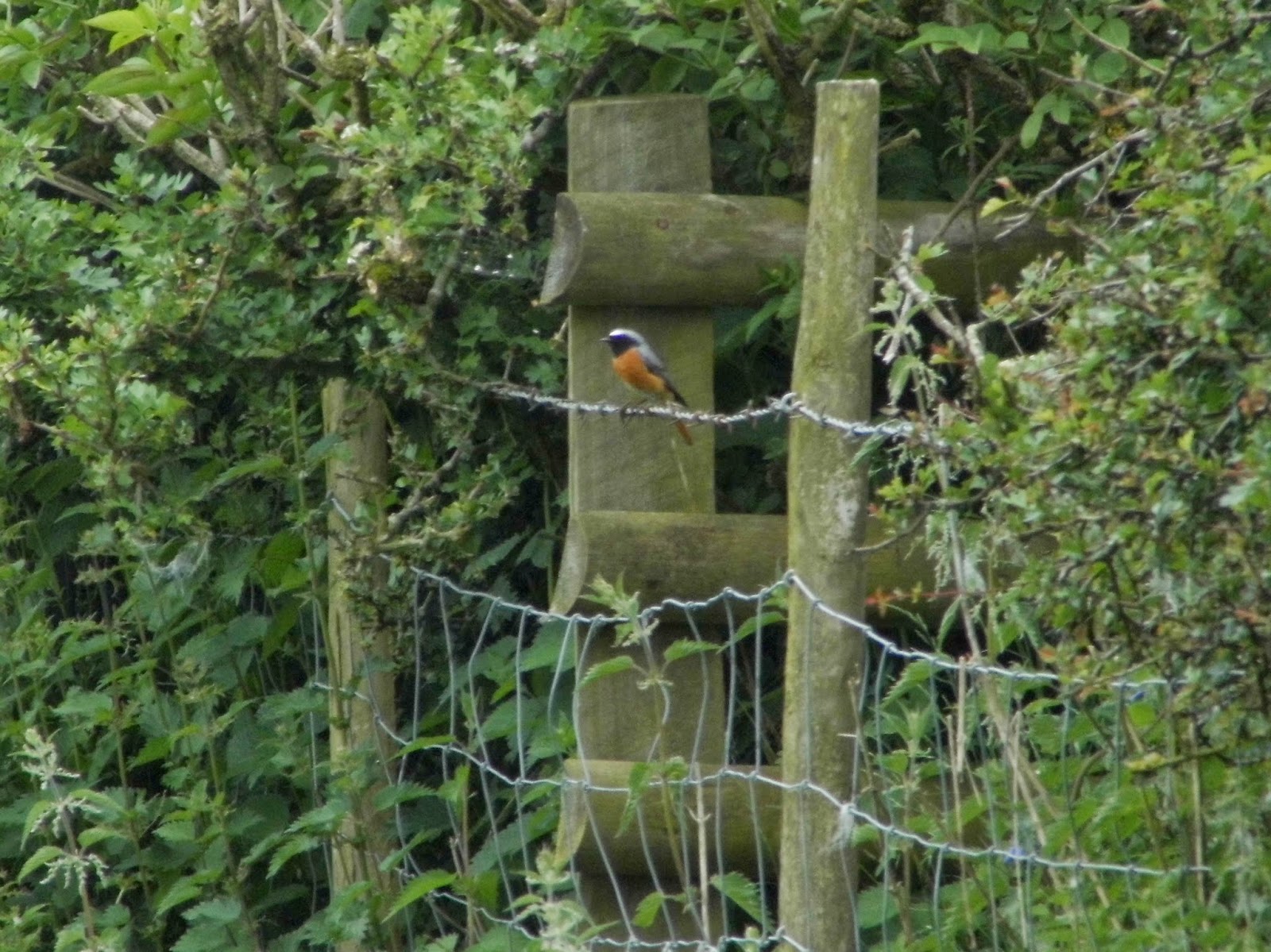 Once the Kites had begun to disperse we headed back to the Elan Valley, but further along this time. The reservoirs were pretty devoid of birds (presumably because of their depth), but the woodland nearby was productive, with more Redstarts, two Pied Flycatchers, Redpoll, Bullfinch and a Cuckoo calling from across the other side of a reservoir.
Posted by James Emerson