WALES: Day 2 - Day of the dolphins

Day 2 of our Welsh break, and we were up early to go for a walk before breakfast. Nuthatch, Treecreeper and a Redstart were all in the hotel car park before we had even set off. We walked down to the River Wye and followed the riverside path for a bit. The river level was quite high, which probably accounted for the lack of Dippers, but Cathy did find a Grey Wagtail. A Bullfinch was the pick of the rest of the birds.

After breakfast we headed to the coast to look for the days main target species, Bottle-nosed Dolphin. We arrived at New Quay (not to be confused with Newquay) and as we parked up a parking enforcement officer asked what we were looking for. When I replied 'Dolphins' he there were lots out there. I laughed politely but he said something along the lines of "no, seriously", and proceeded to point out a pod of Dolphins in the distance! We headed down to the quay, and over the next hour or so we got excellent views, both close inshore and breaching offshore. A Rock Pipit also showed well on the sea defences. 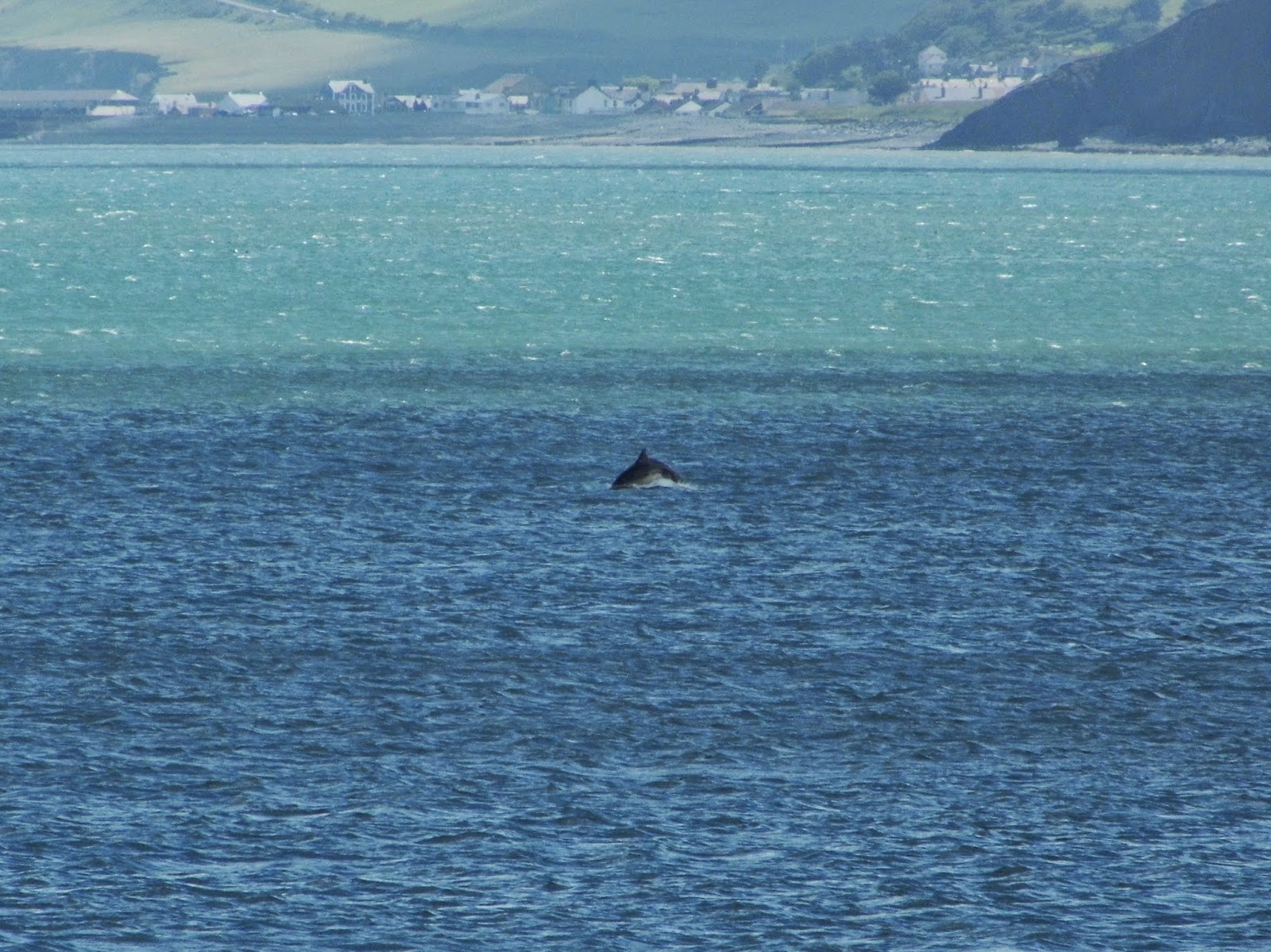 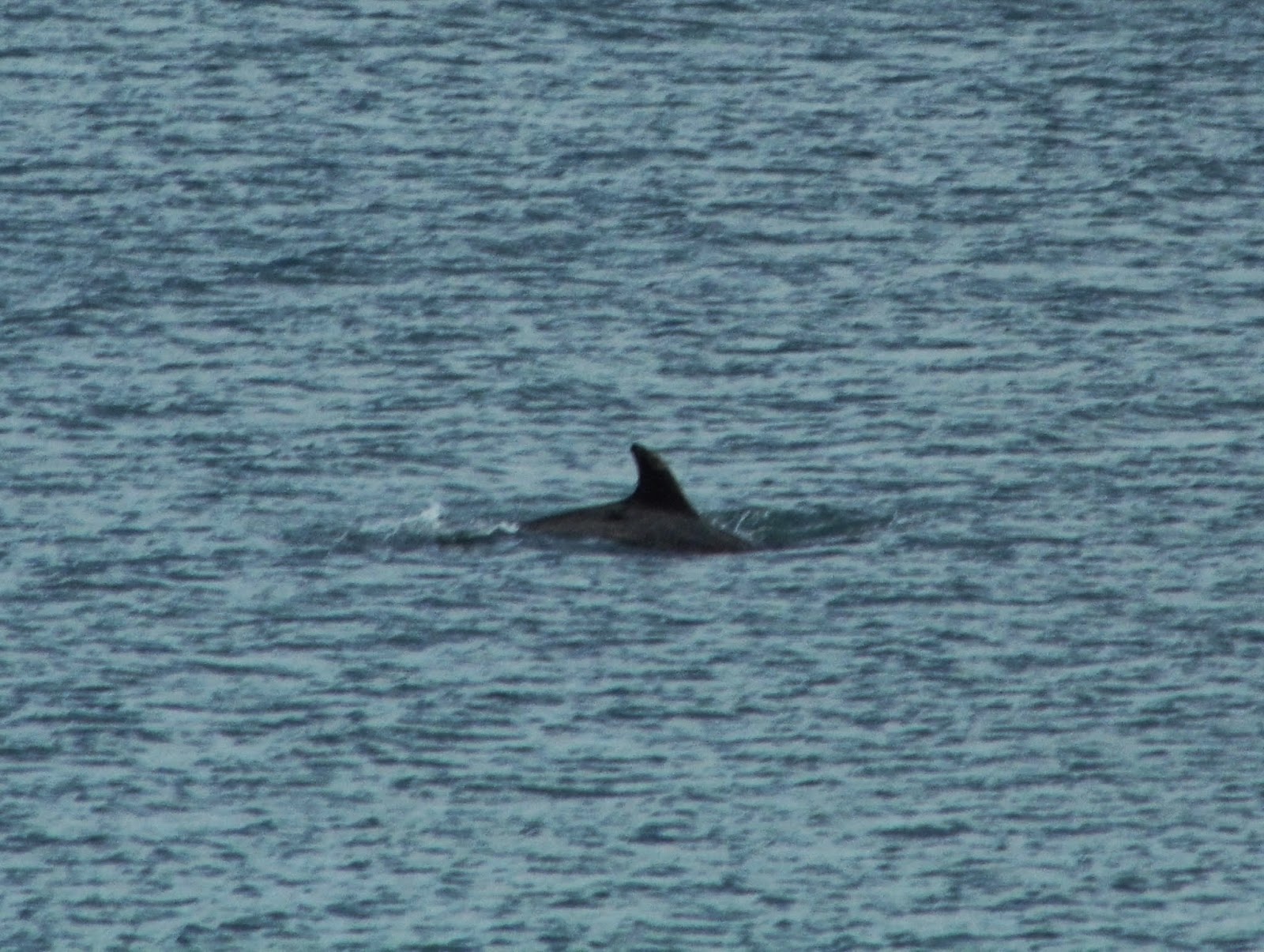 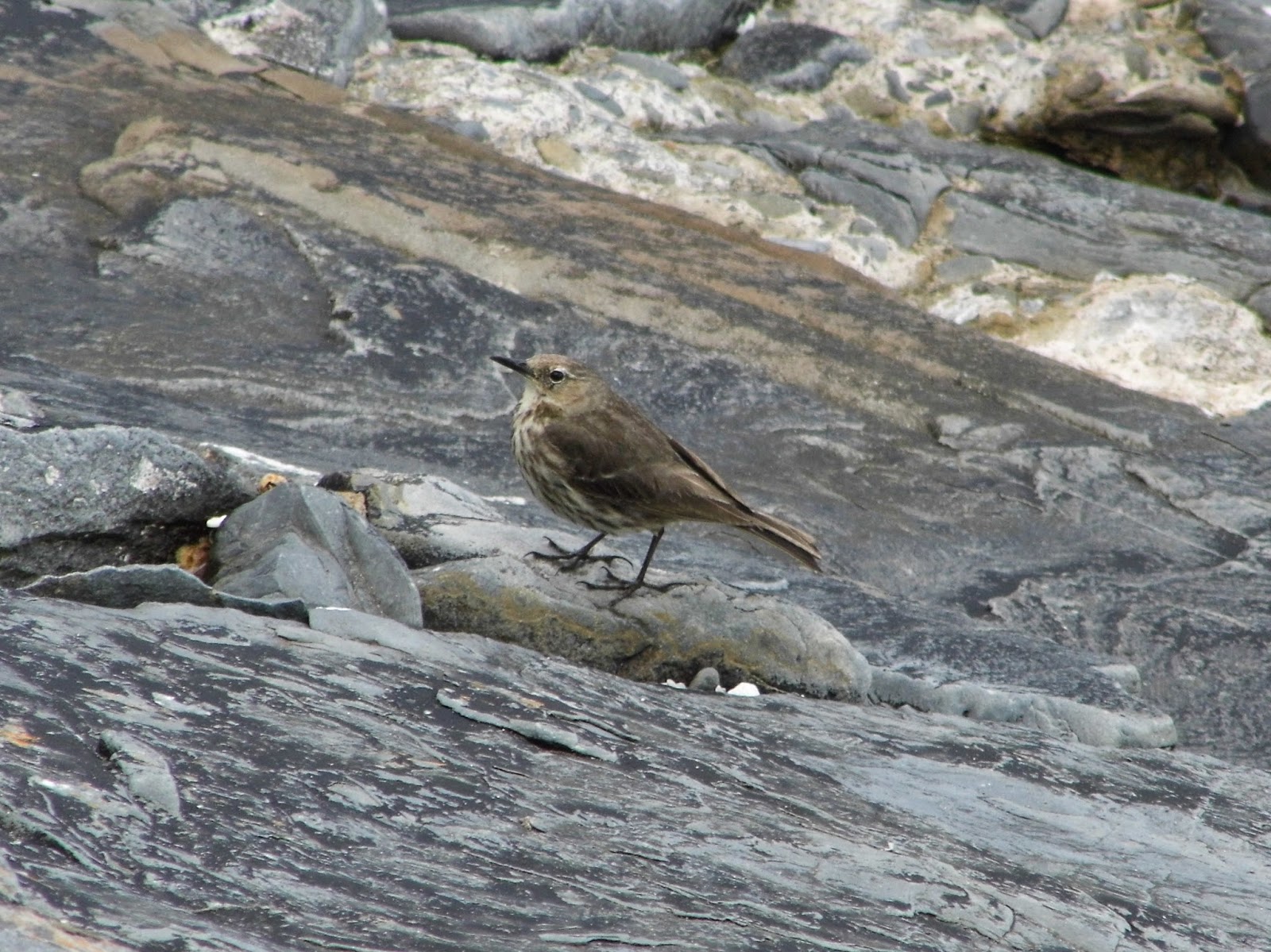 After lunch we then took a steep path up to the cliff top. On our way up two we could see two Peregrines patrolling the cliff, and later on we saw one with prey fly past our vantage point. The path was lined with Wall Pennywort and other flowers growing in the grassland at the top included Kidney Vetch and Sheep's Bit. Sitting down on a headland we saw the final target species of the trip, two Choughs, a species that Cathy was particularly keen to see. Guillemots and Razorbills were floating on the sea, whilst a Stonechat was on gorse behind us. Whilst sitting down Cathy found a Gorse Shieldbug wandering through the grass. 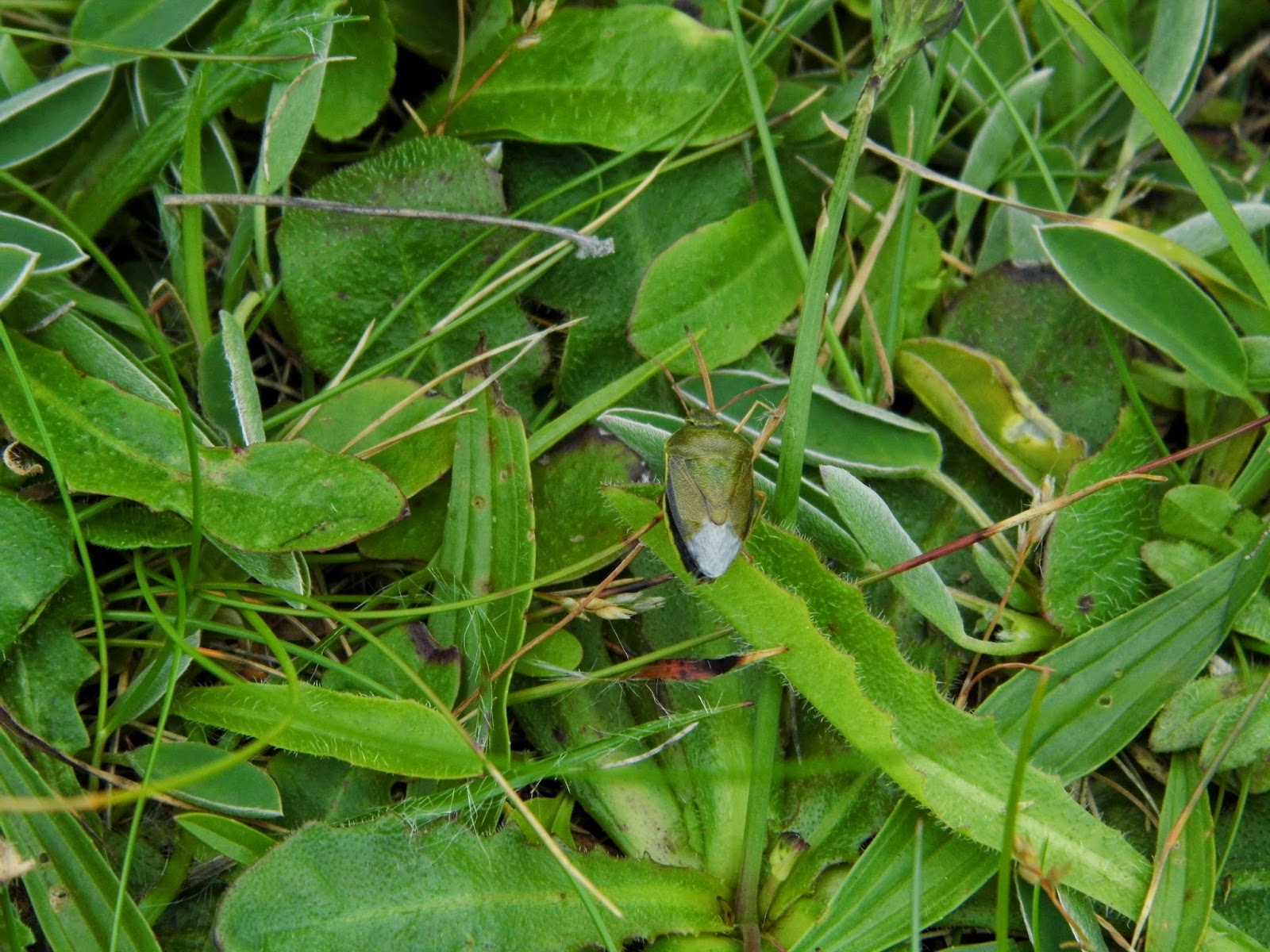 On our way back to the hotel to pick up our bags we made a final stop at Bwlch Nant Y Arian forest visitors centre. The Kite feed had recently finished, but we had excellent views as some of the Kites flew low over our heads as they dispersed. There were some excellent wood carvings, including a giant feeder with Long-tailed Tits on, but the stars of the show were some Siskin feeding only a few feet away. Finally we had a hot drink before heading back to Norfolk. 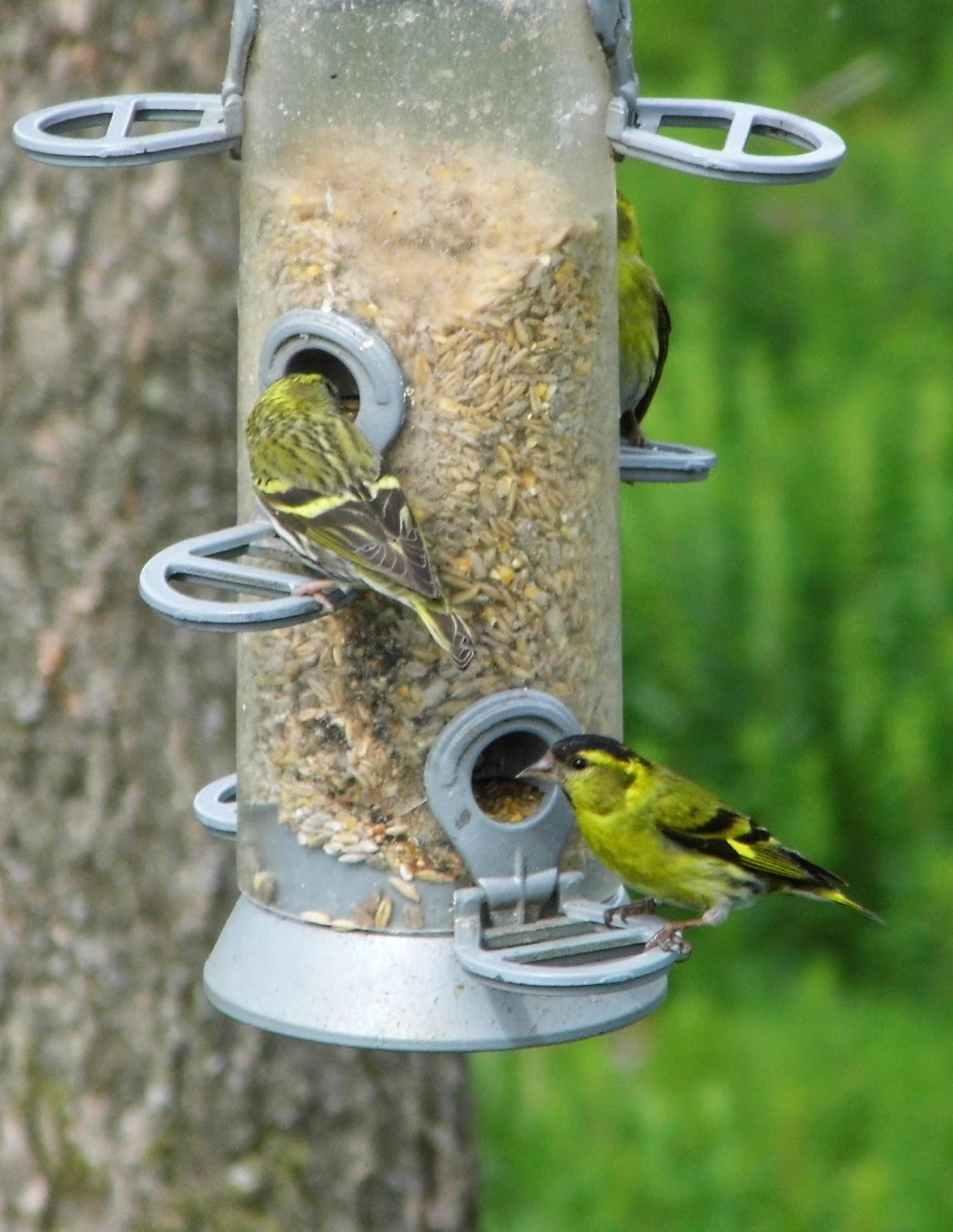 All in all we had an excellent break, seeing all of the expected species including my first Bottle-nosed Dolphins (one of my 30 Things to see). Not only that, we also got very good views of many of the species too. Many thanks to Carl for a very enjoyable tour.
Posted by James Emerson