Mid-June can be rather dull when looking for wildfowl, but a number of migrant insect sightings in the county ensured that I was looking forward to my bird count this weekend. Top of the target list was Lesser Emperor dragonfly, at least five of which had been seen in Norfolk in the past few days, whilst Hummingbird Hawkmoths and Clouded Yellow butterflies are also arriving. After a sunny week the temperatures had dropped and the cloud cover increased, which wasn't ideal, but I gave it a good look anyway.

In terms of wildfowl numbers were very similar to 2013. Most of the goslings were grown up enough to be counted (WeBS methodology is that goslings count once they are over 2/3rds grown). This in itself wouldn't account for the large number of Greylags (158), so presumably some are post-breeding birds that gather here to moult. 54 Canada Geese and 6 Egyptian rounded off the geese. The best bird was probably a Common Tern fishing on the Great Broad. Across at Thorpe the water was deserted, but the pair of Shelduck that arrived a while ago were still present on the shingle. Birdsong was somewhat muted, but all of the common warblers were still singing. I later noticed on Twitter that a visiting birder had seen a Reed Warbler feeding a young Cuckoo, which must have been interesting to see first-hand.

Despite the lack of birds the insects enlivened the visit. A large Mullein Moth caterpillar drew me to some Figwort, on which I then noticed my first Figwort Weevil. After checking plants of Hedge Woundwort on my last few visits I found another target species, the Woundwort Shieldbug. There had clearly been an emergence of one of the Longhorn Beetles (Agapanthia villosoviridescens), with several on the vegetation at the edge of the broad. A couple of pristine Red Admirals were joined by around 20 Small Tortoiseshells, and I found my first Ruby-tailed Wasp sp. On my way round I also met blog-reader and occasional correspondent Brian Robertson - nice to put a face to a name! No new birds for the year or rare dragonflies, but a productive visit nonetheless. 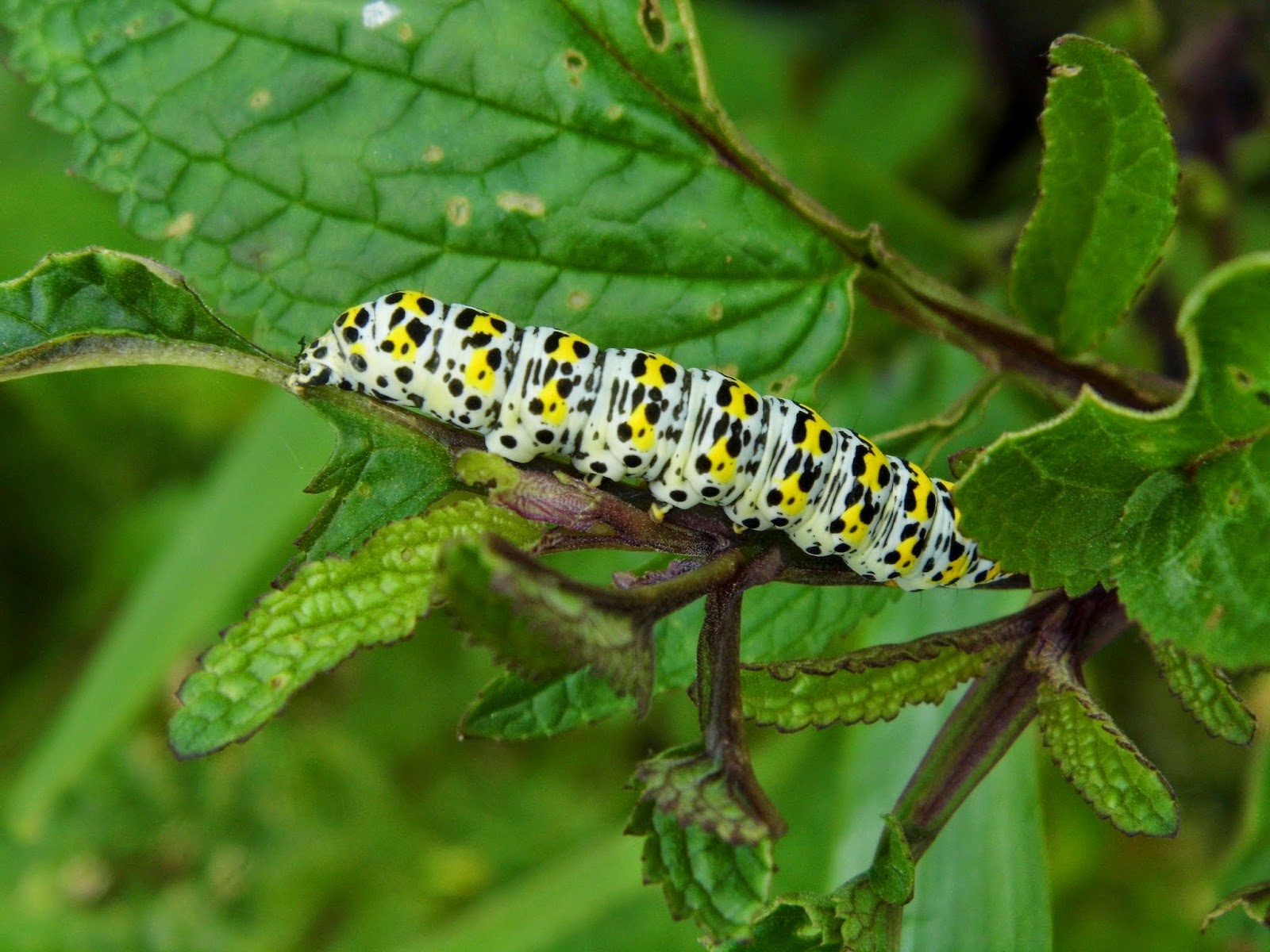 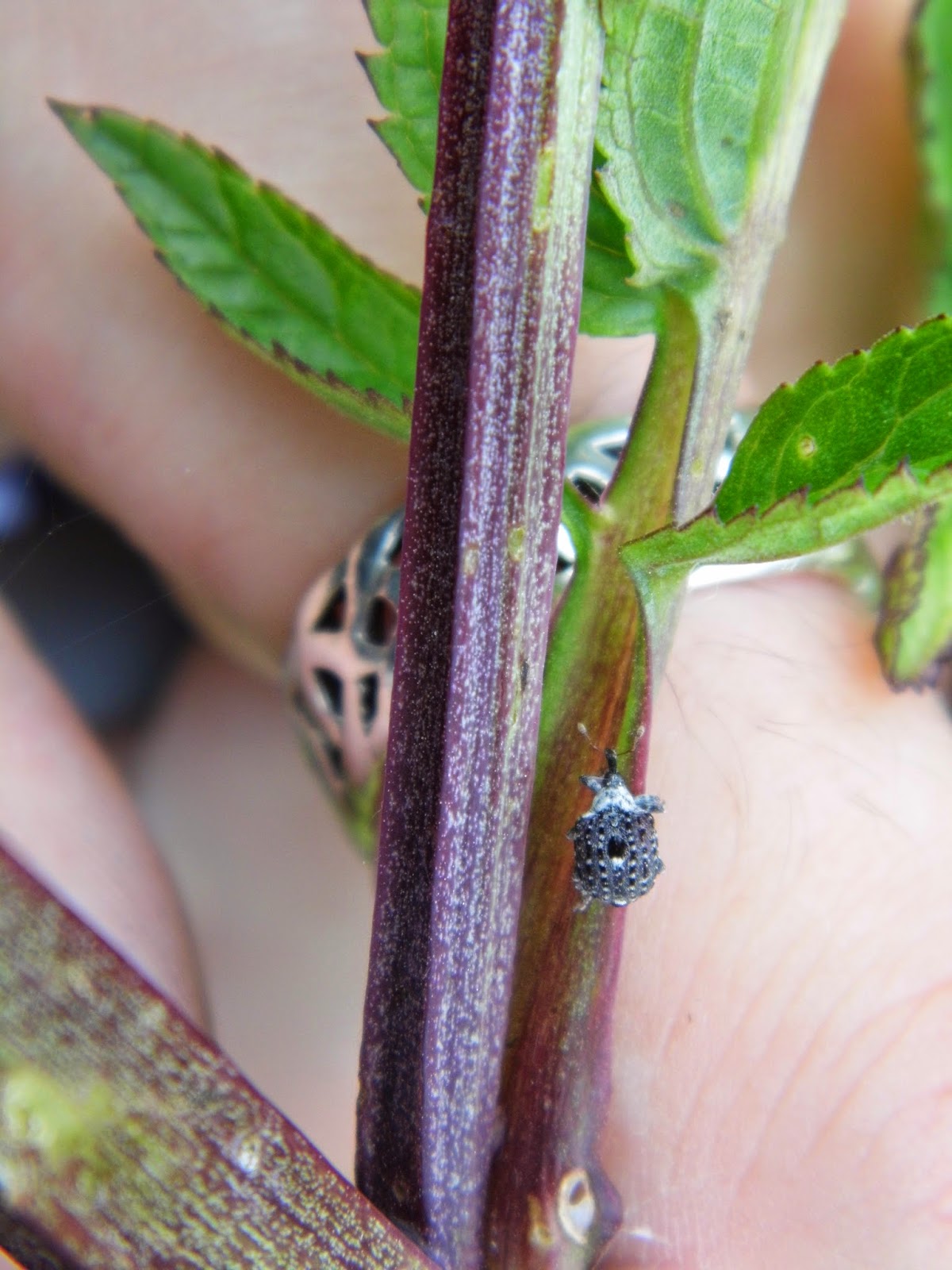 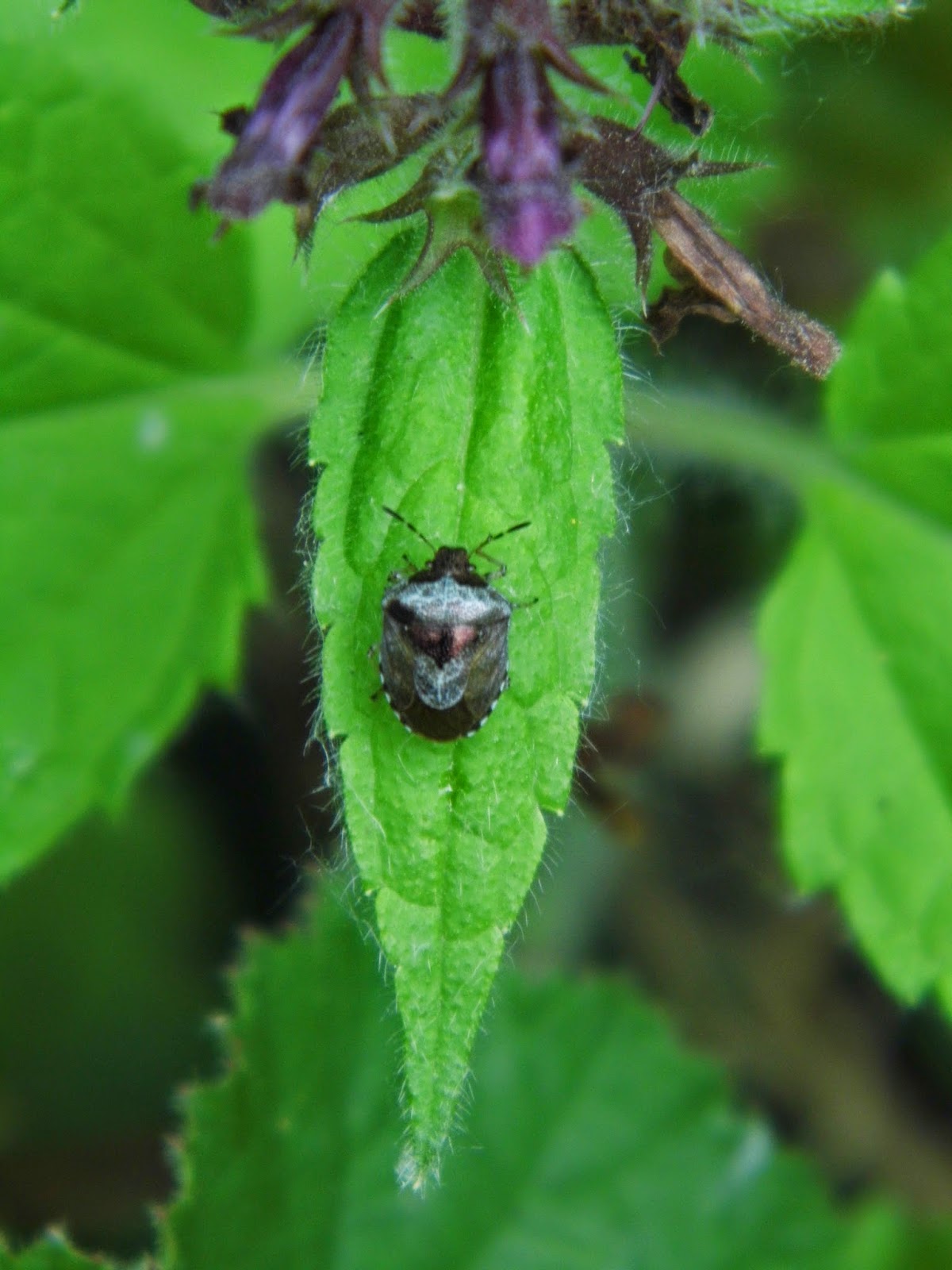 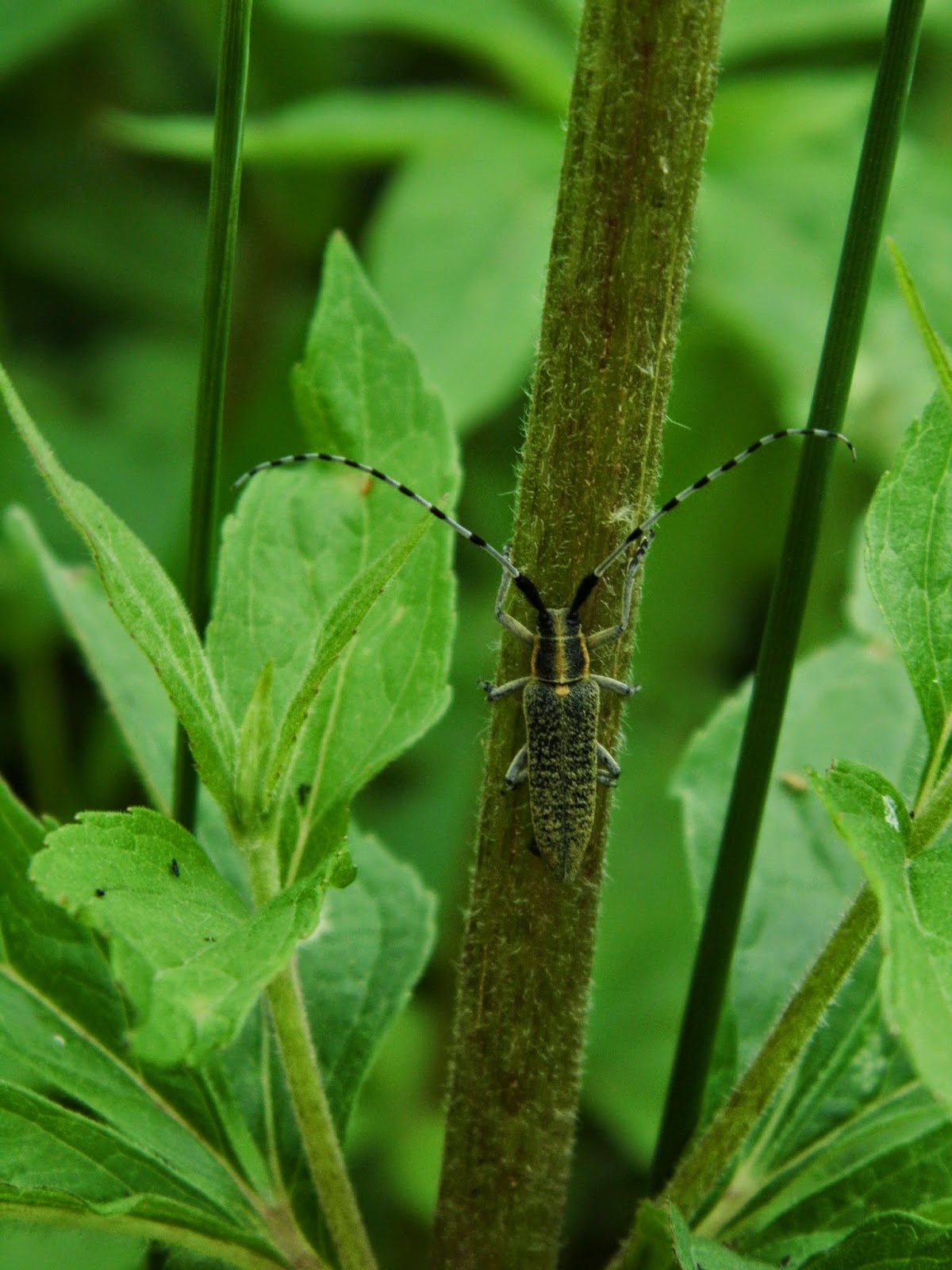 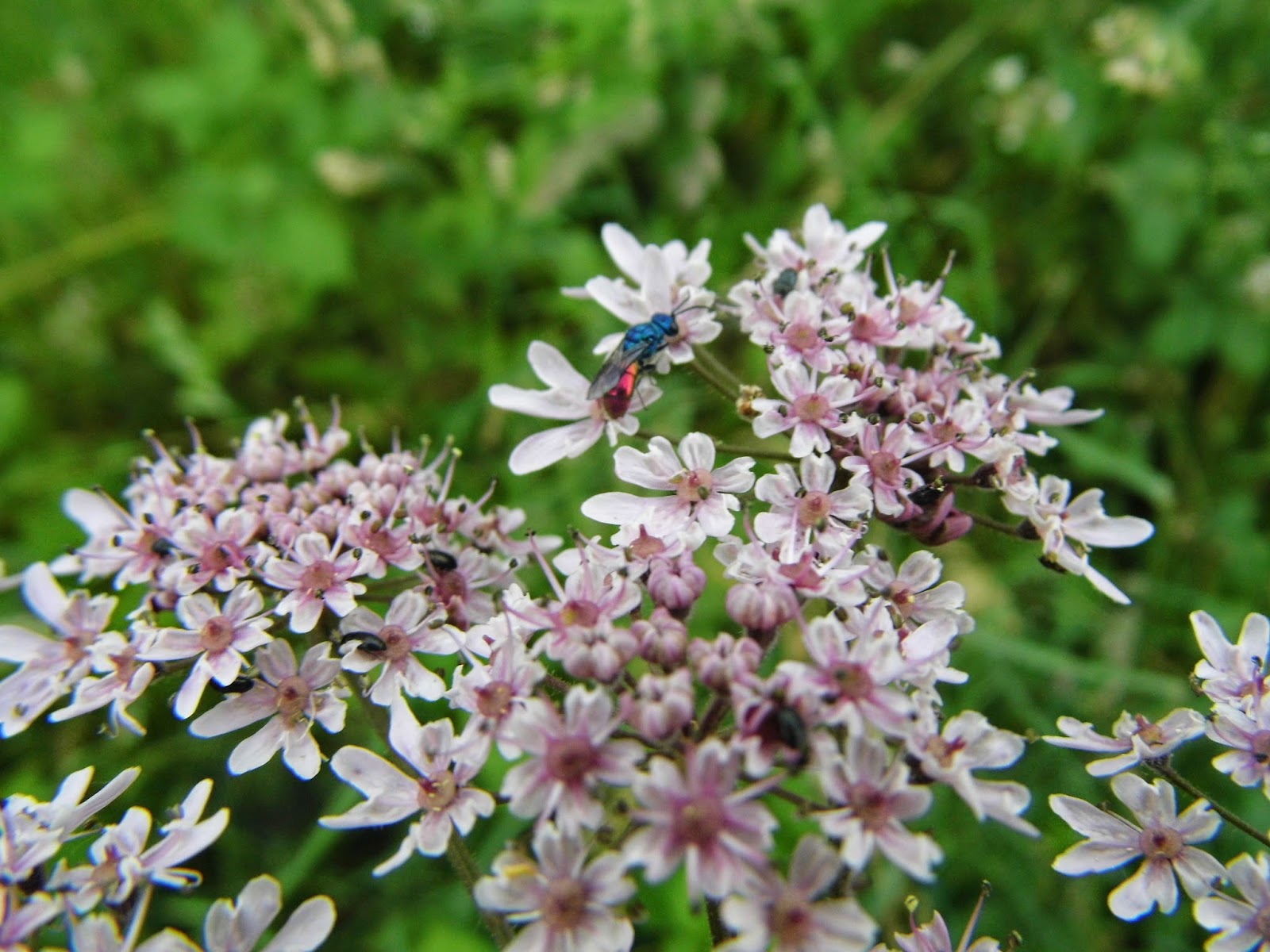