On Saturday afternoon Justin had found a Mediterranean Gull with a flock of Black-headed Gulls on the riverside green at Thorpe St Andrew. I had never seen a Med Gull near Norwich, and the green is within a stones throw of Whitlingham too (I use the railway line as my arbitrary patch boundary). Considering this I popped down to Thorpe on Sunday morning in the hope that it was still around.

I arrived at around nine, and had the green almost to myself. There were hardly any gulls, so I kept scanning the tops of the lamp-posts where the Black-headed Gulls seemed to be congregating. I sat down on one of the benches and soon the gulls began to arrive and group together along the edge of the green. After several scans I had found the two ringed Black-headed Gulls that Justin had also seen yesterday, but no sign of the Med. By this time the gulls had been scared into the water by a dog, but upon their return I noticed the 1st-winter Med Gull had joined them. It was close, allowing excellent views, but it was constantly preening, making for rubbish photos.

I had rather resigned myself to not patch-ticking the gull when more dog walkers sent the gulls into the air. The Med Gull was easy to keep track of, and it flew over the river but then back round and landed back on the green. Less than a minute later the flock were put up again, but this time some canoeists went past and the Med Gull flew up, over the railway line and well into Whitlingham airspace. Hopefully it will hang around for a while, because it would be nice to see it on the Great Broad rather than just in the air close by! 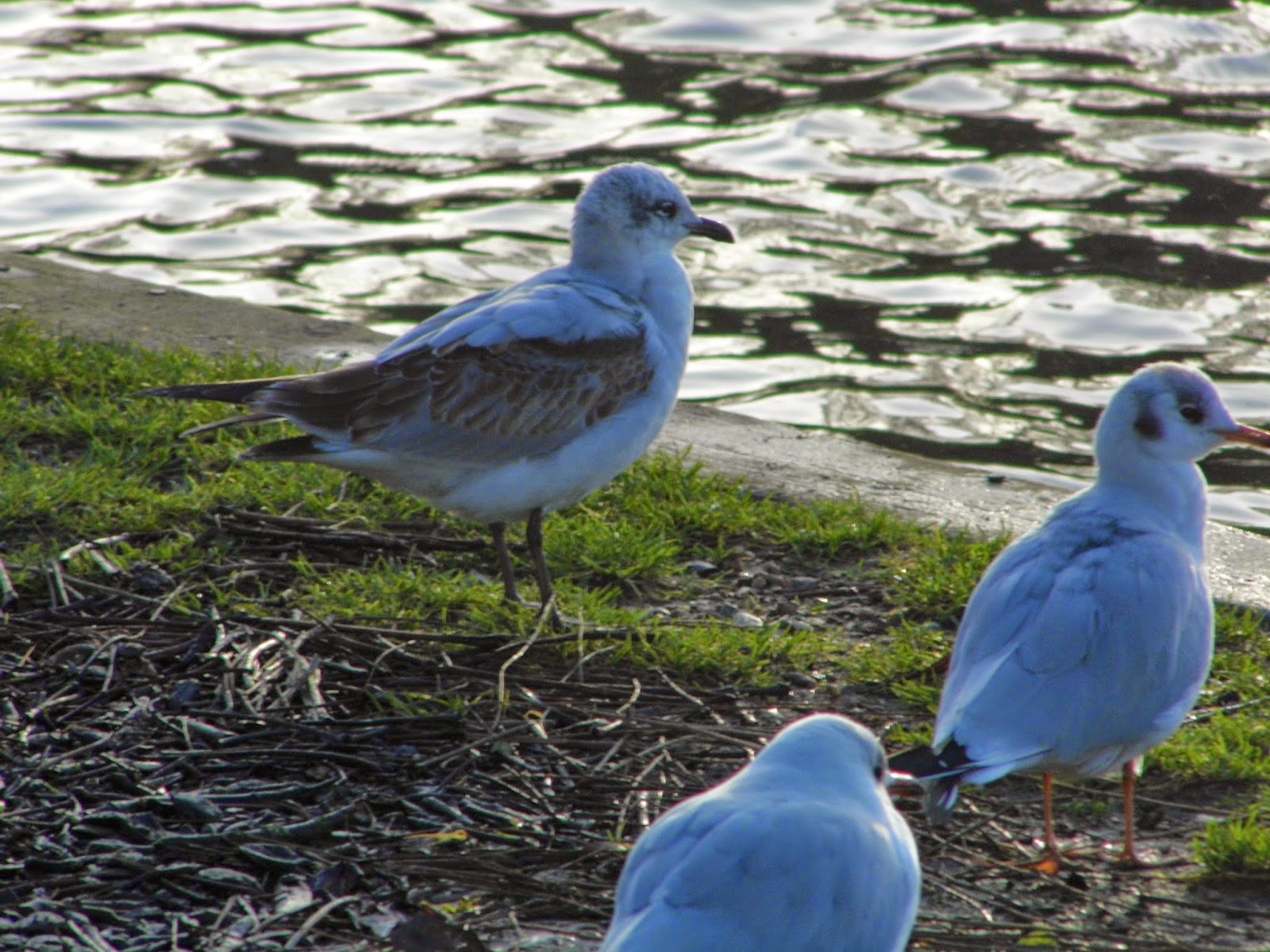 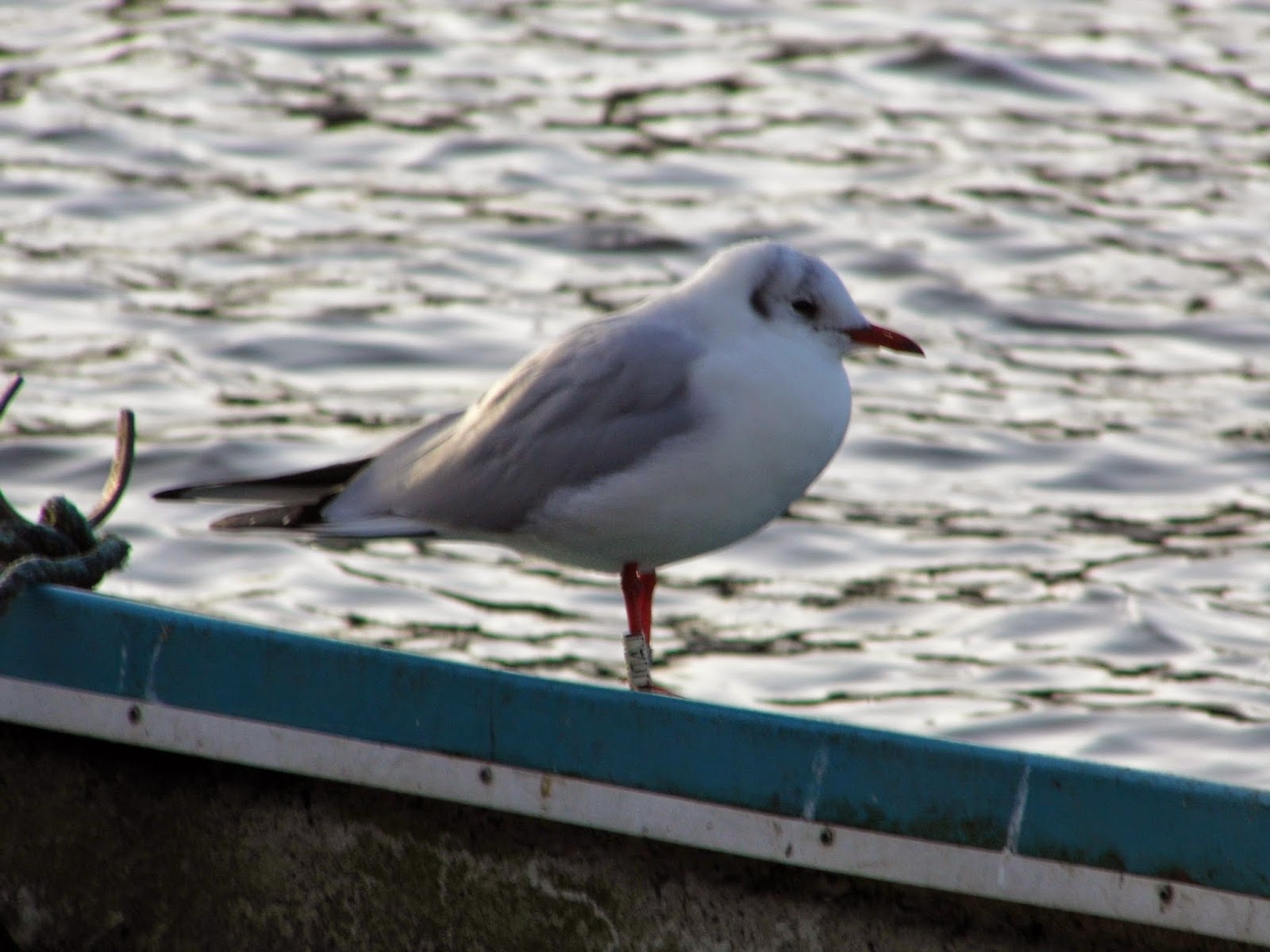