Having stayed overnight in North Walsham my first bird of the year came in the form of a flock of Long-tailed Tits. I heard them calling outside, and looking out of the window they were in a nearby Silver Birch tree before flying into the hedge a couple of feet from the house. We saw another five species from the house, combined with a few more on the journey back to Norwich.

After lunch Cathy & I headed to Whitlingham for a quick look around. On the way down Whitlingham Lane it became apparent that not only was it quite busy, but quite a few people had got together and made a new year's resolution to ignore the path and wander obliviously down the road. I'm not convinced they will be able to keep it up all through the year though.

Having safely dodged the pedestrians we set out back towards the Little Broad, passing a flock of 32 Greylags on the meadow. We quickly added Gadwall and Tufted Duck to the year list, whilst Cathy spotted a sleeping Wigeon (a bird I didn't see here until December in 2014) along the far shore. A bit further round was a Shoveler, and there were two more at the east end. There were hardly any small birds around, but we did stop to look at a log with a lot of Olive Oysterling fungi on.

Scanning across the Great Broad Cathy pointed out a Cormorant that was acting strangely. Upon closer inspection it became apparent that it had caught an Eel and was trying to swallow it. This took quite a while, and even when it had got the Eel completely inside you could still see it squirming in the Cormorant's throat. As we carried on I looked through the gulls and noticed a 1st-winter Great Black backed Gull, a decent January 1st bird here. It was defending a crust of bread against all comers. Further along we scanned towards the island, adding Grey Heron and Teal, whilst a Fieldfare flew over. We finished on 34 species, 25 of which were at Whitlingham. 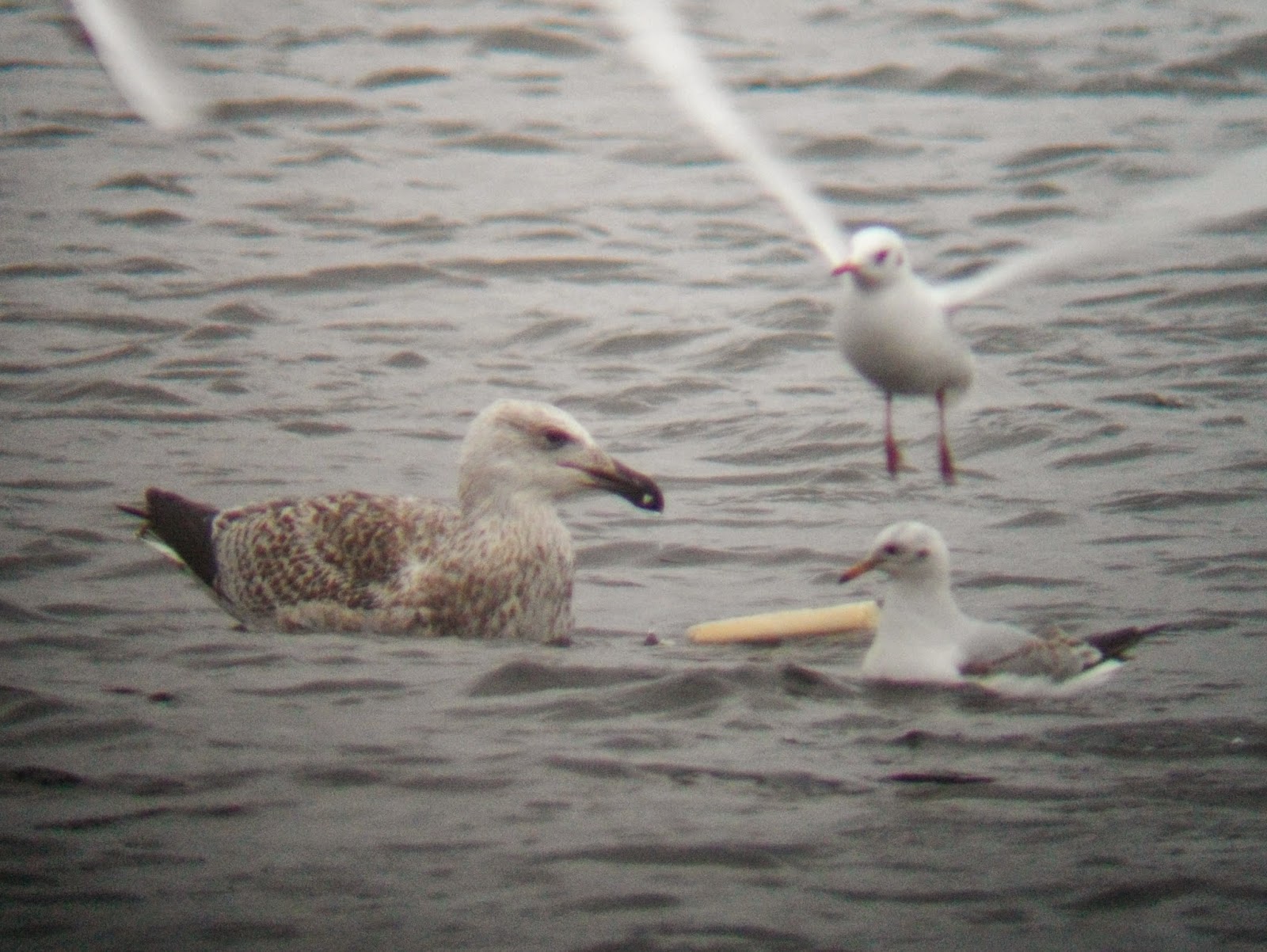