I popped down to Thorpe Marsh after work on Friday. Summer can be a bit of a quiet time for birds here and so it proved. Reed Buntings were the most obvious bird, with at least five seen. An Oystercatcher called and a couple of Lapwings were around. Reed, Sedge and Willow Warblers all sung occasionally.

Turning my attention to plants and insects I noticed some Celery-leaved Buttercups in flower. A reed beetle seemed to have a purple sheen rather than the commoner copper colour. These beetles can be very variable, but I have tentitatively keyed this one out as Donacia semicuprea rather than the commoner Donacia simplex - let me know if you disagree! A Yellow-tail moth caterpillar was on a Hawthorn near the bird screen, a new patch caterpillar for me but not a new species as I have seen the adult moth at Whitlingham previously. Lots of Swollen-thighed Beetles and a few hoverflies were out on the Hogweed. I also located a new gall on some Ash trees, and a distinctive aphid species on Guelder Rose. 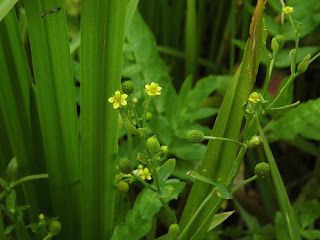 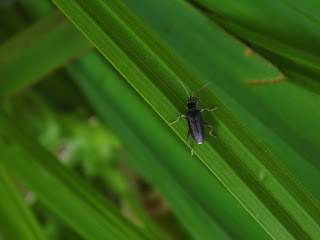 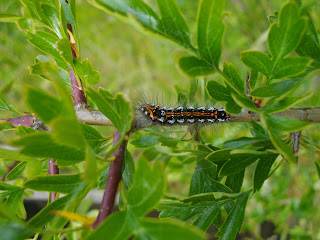