On Saturday Cathy, Margaret & I went to Snettisham Park Farm. It is a working farm, but probably best known for the deer park and trailer rides out to feed the deer. We had been when we were younger and decided to go back and have a look around. Having had a look at some of the animals we set off on one of the walks around the farm. We walked along the River Ingle for a bit, before heading along some grassland where we saw a Garden Chafer. There was also a sign with a horse that someone had painstakingly turned into a Zebra using tippex, which was impressive as far as graffiti goes. 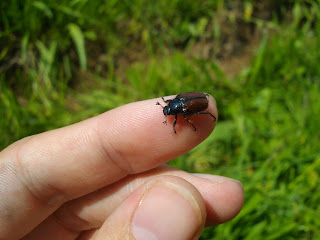 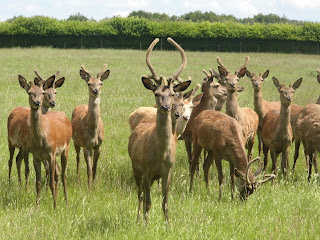 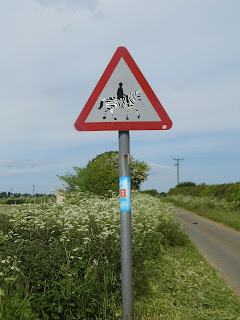 When we got back we went on one of the aforementioned rides out to the deer. We saw a pair of Shelduck with six ducklings on one of the ponds, and on the way back a Grey Partridge ran out of some long grass. Tufted Duck and Gadwall were also on one of the lakes.
Posted by James Emerson