Today was the first of three public moth mornings scheduled at Strumpshaw Fen. Having previously been to ones in July and August, we had booked this June one in the hope of seeing some different species. So far the year has been relatively poor for moths, but the recent warm weather ensured a large catch (100+ species) spread across three traps. Some of the most 'crowd-pleasing' moths included four hawk moth species (Elephant, Lime, Poplar and Eyed), Drinker, Buff-tip, Swallow-tailed and Green Silver-lines. Several micros were new for me, along with three macro moths - Scorched Carpet, Pinion-streaked Snout and Scallop Shell. Many thanks to Ben for putting out the traps and going through them. 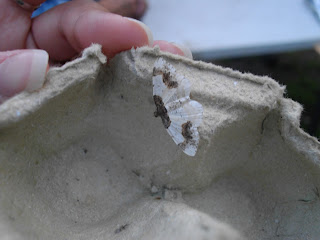 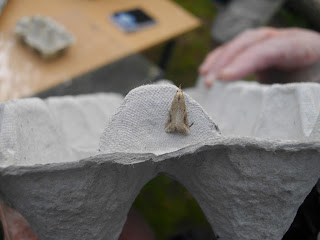 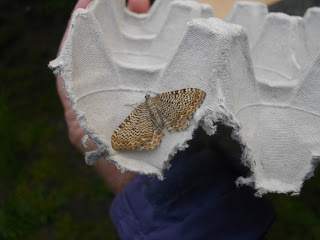 Once we had gone through the moth traps we headed down towards the river. A couple of Red-tipped Clearwing moths had been seen here last weekend, and as I had never seen any of the clearwings it seemed a good place to look. We stopped near some large brambles, and quickly afterwards located a single Red-tipped Clearwing. Cathy & Margaret spotted one flying round, and I managed to find it again resting on the bramble leaves,  which was excellent. We couldn't find any more, and as it was rather hot and lunchtime we headed home. 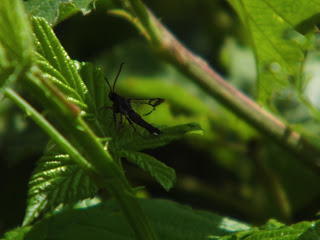