Having dropped Cathy off at Tuttington, I had a couple of hours to spend nearby. I headed to North Walsham and walked a stretch of the Paston Way towards Pigney's Wood. Despite being mid-December there were still some jelly fungi about, including Witches' Butter and Yellow Brain fungus. I also stopped to admire a bramble leaf that contained multiple leaf mines (caused by larvae of the micro moth Stigmella aurella). On the way back a mixed tit flock was flying about near the birdge over the old canal, and whilst watching them I heard and then saw several Siskins, adding to a productive walk. 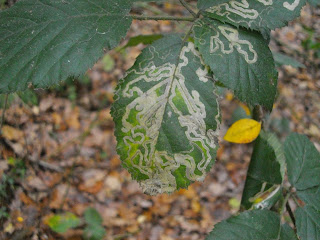 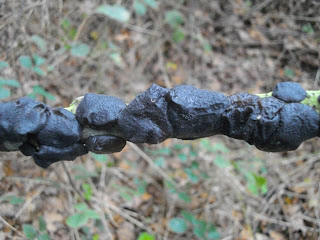 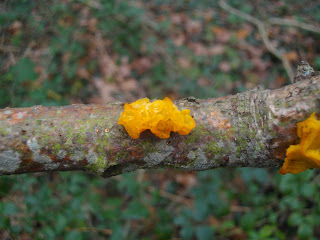 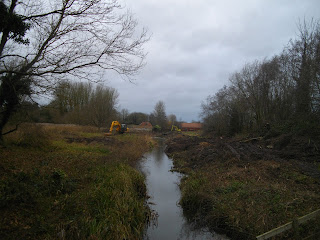