On Tuesday I went for a final lap of the year around Whitlingham in the unseasonal warmth of December. As I left the car park a flock of Siskins and Goldfinches twittered from some Alders. I stopped to watch them as they fed high up in the trees. Further round I stopped near the slipway to check the legs of Black-headed Gulls for rings. Due to the number of people walking past, the gulls were staying mostly on the water, and after half an hour I gave up and carried on around the broad. Scanning across to the island I noticed a drake Goosander asleep on a log. It woke up briefly and appeared to yawn, then tucked its head back again. 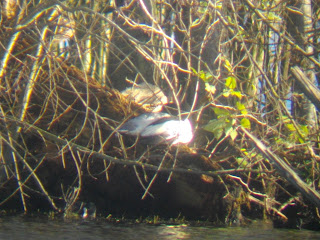 From the end of the Great Broad I scanned across to Thorpe Broad. One of the things that has been done as part of the habitat management is the vegetation has been cleared from the end of the spit, and as a result it was teaming with birds. At least 45 Herring Gulls and 115 Black-headed Gulls were visible, along with four Cormorants and four Lapwings. There were lots of ducks on the broad itself, the best of which were three Wigeon. 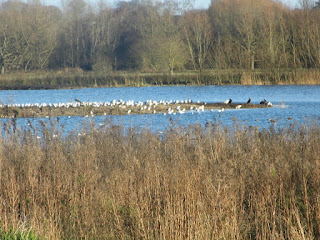 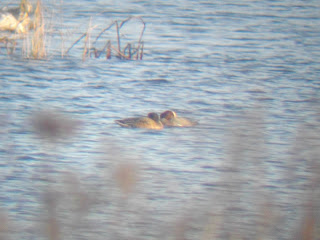 There wasn't anything particularly rare in the conservation area bay, but it was nice to see it full of birds. I counted 120+ Gadwall and 3 Little Grebes, along with loads of Tufted Ducks and Coot. 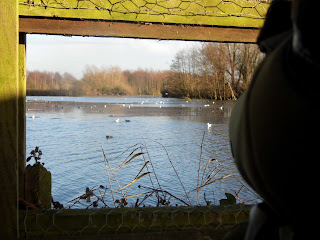