On Sunday the Norfolk Fungus Study Group met up at Natural Surroundings for a foray on the nearby Bayfield estate. Much of the route was on a permissive path, but we had also got permission to go into a nearby wood. I doubted that we would get anywhere near the numbers of species seen at Felbrigg, but once again was proven wrong as the final list again passed the 130 mark. There was a good turnout of mycologists, and Stewart was present so a few leaf mines got recorded too.

At the entrance to the woods Tim D found Rooting Shank, which was a good start as it showed that there were still large gilled species about. A few smaller brackets and jelly fungi followed, including Fenugreek Stalkballs, until we emerged into a clearing with a good range of species including Funeral Bell (a new one for me), Blueleg Brownies, Inky Mushroom and the cup fungus Peziza petersii. 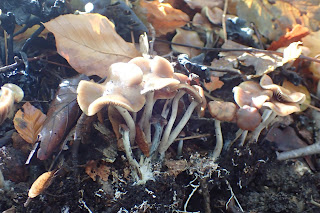 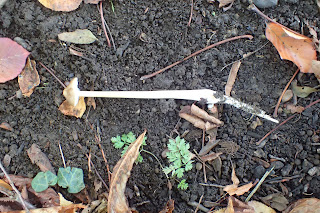 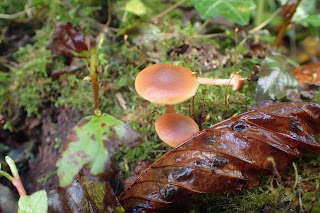 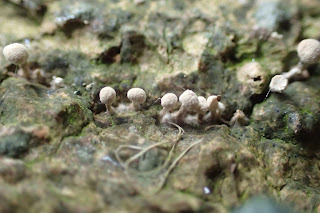 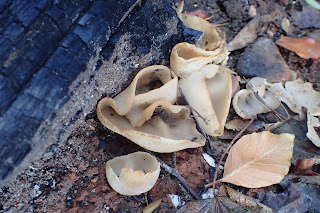 We passed into the lakeside meadow, and split into several groups that ranged from slow moving to statuesque. According to the species list the latter must have recorded some Waxcaps, but the rest of us down near the lake managed a Stubble Rosegill, Milky Conecap and Bolbitius lacteus. A tiny but numerous yellow fungus on goose droppings drew interest - it was later identified as a mould, Pilaira moreaui. 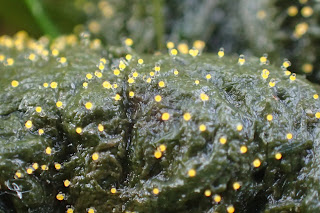 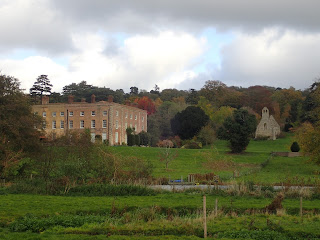 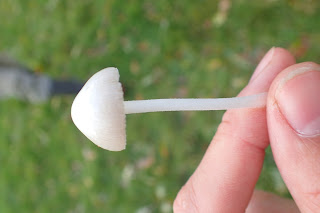 Bolbitius lacteus, the best of the few things that I found.

We left the meadow, pausing to see some Walnut Orb Web Spiders found in the roadside wall by Tim H. Further along we entered another area of woodland where we stopped for lunch. This new area was mostly Beech and Oak, and we found a good range of Mycena and species on wood. There were a few beetles too, including Silpha atrata and Pterostichus niger. 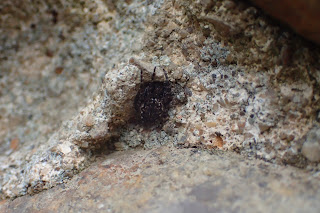 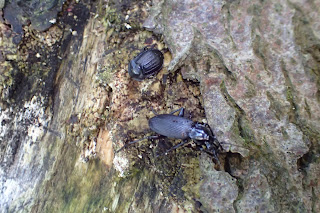 Retracing our steps we walked back along a stretch of the main drive, checking the rotting Gunnera leaves. Two different clubs were found, one couldn't be identified by the other one was Redleg Club. Common Eyelash and Orange Bonnet were also see here. 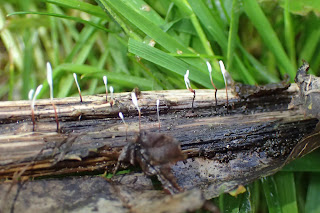 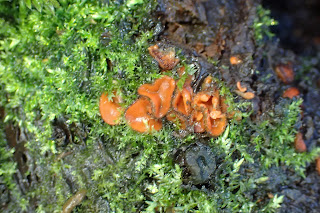 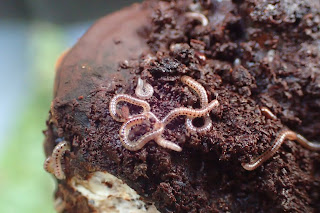 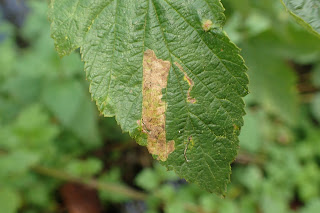 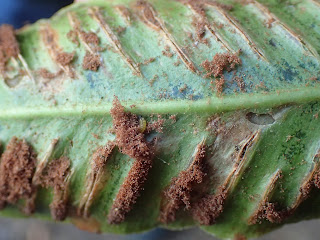