After a packed autumn this weekend was nominally a non-wildlife one, but on my way home from the city centre I decided to pop into Waterloo Park for a quick look round. It was too cold for many insects to be around the flowerbeds, but I headed to the end where there is a small arboretum-style area of trees. I picked out a couple of Hornbeams, and after a quick (unsuccessful) check for Hawfinches, I had a look at the leaves. I was instantly rewarded with three leaf mines; Nut-tree Pigmy (Stigmella microtheriella) which I have previously seen on Hazel, and two new ones, Hornbeam Midget (Phyllonorycter teneralla) and Dark Hornbeam Midget (Phyllonorycter esperella). 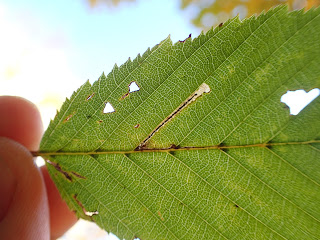 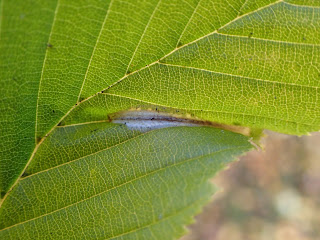 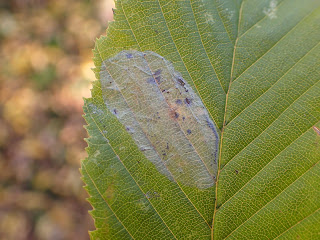 Further across I was checking a Silver Birch and was showered with Birch Catkin Bugs! There were a few flies on sunny tree trunks and leaves, including an orange Phaonia sp, something similar but skinnier and finally a Lance Fly sp (Lonchaidae). I should have probably come and checked out this area over the summer really. 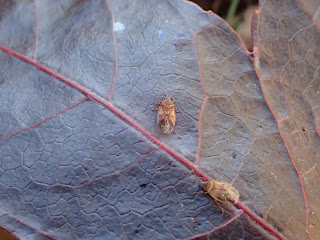 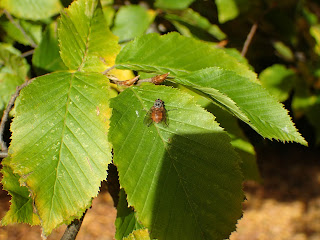 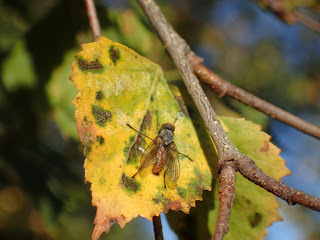 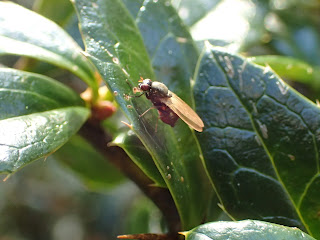