Vis-mig, for those not familiar with the term, means visible migration, and to see it you just have to pick a vantage point and look upwards. It helps if you are familiar with bird calls, because often you'll hear birds before you see them, and often you won't get very long views, so the calls are key to identifying what you are seeing. The first few hours from dawn at peak migration periods are usually the best time to look, and on a good day you can see thousands of birds passing over.

On Friday I headed to Whitlingham before dawn, to see what birds I could see passing over. There was a particular target in mind for me, Hawfinch. Usually the chance of just happening to see a Hawfinch flying over Norwich would be miniscule, but we are currently in an unprecedented period of Hawfinch migration - hundreds are flying over England every day, and Justin had one fly over the previous day. 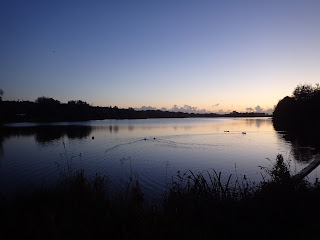 Some of the first birds seen flying through were hundreds of Starlings, flying low westwards along the river. They moved as if in a murmuration, but unlike in the evenings there was no drifting back and forth, they were clearly on a mission to get back to the city. Several Redwings flew over, uttering their thin 'tseep' calls. Siskins and a Redpoll also flew over, followed by my first Fieldfares of the autumn. Frsutratingly there were also several finches and thrushes that flew over without calling - I had to leave most of those unidentified.

As daylight spread I had to avoid getting distracted by the sights and sounds around me. A Water Rail squealed from the Little Broad, whilst around 60 Cormorants had flown out of roost and were milling about on the Great Broad. Both Pied and Grey Wagtails flew over the Great Broad, and there was also a thrilling heron chase. It was a great start to the day, but sadly no Hawfinches were seen.

Once the passerine migration had slowed down I took a walk along the south shore of the Great Broad and then looped round through the woodland edge and picnic meadow in case any birds had pitched down here. I didn't see any birds out of the ordinary, but did see several interesting leaf mines including Grey Alder Midget (Phyllonorycter strigulatella), Least Thorn Pigmy (Stigmella perpygmaeella) and White-bodied Midget (Phyllonorycter joanisi). 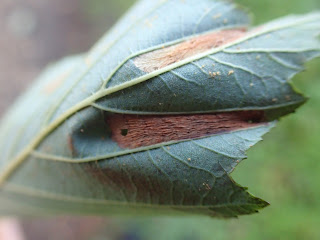 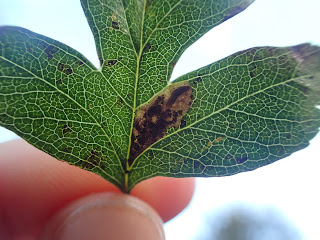 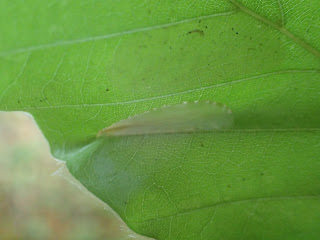 As I was walking round I heard a flock of Pink-footed Geese flying over the broad. There were 45 birds in the flock, and in a nice bit of synchonicity fellow patcher Ricky had what was almost certainly the same flock over his house five minutes later. A second flock of 55 flew over shortly after, along with nine back the other way. 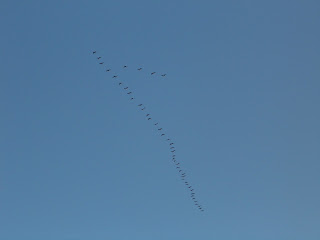