Every couple of years the Norfolk Moth Survey hold a daytime walk looking for leaf mines, and this year it was held at Lynford. It was led by national experts John Langmaid and Brian Elliott, and attended by a large number of Norfolk & Suffolk moth folk. I attended the morning half at Lynford Arboretum, although having seen some photos it appears that the more interesting species (including two on Viper's Bugloss) were found in the afternoon at Lynford Water after I had left.

Despite the large number of trees in the arboretum, there was only a modest number of species recorded (I made it about 35), because many of the foreign trees don't have corresponding miners here in the UK. A selection of the more interesting moth mines were Stigmella basigutella in Oak, Larch Case-bearer, Coleophora laricella, Ectodemia atrifrontella or E. longicaudella in Oak bark and Stigmella alnetella (usually this species is listed as having to be bred through to confirm, but it was identified by John Langmaid who has written books about micro moths). 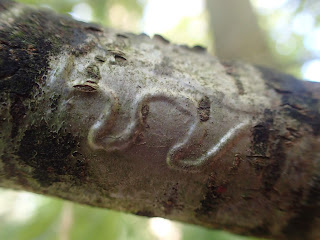 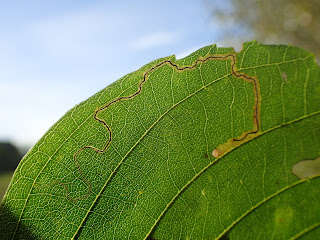 Of the non-moth mines, Agromyza sulfuriceps in Meadowsweet was only my second record, and there were two new sawfly mines - Metallus pumilus in Bramble and Fenusella glaucopis in Aspen. 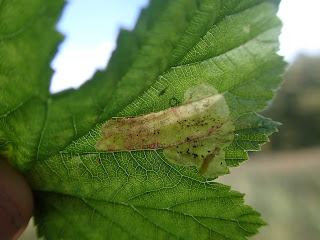 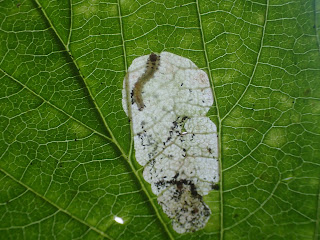 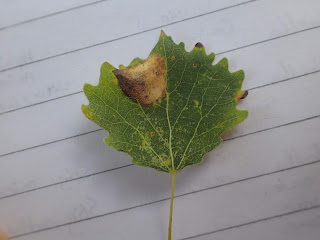