This was a return visit to the private Templewood estate near Northrepps, where the owner is building up a list of wildlife records. Our previous visit had been in spring, so many of the species we found were new to the site, and despite the tally initially seeming quite modest, with the help of Stewart's plant fungi records we got up to a respectable 118 species.

Before setting off we had a look at a few things that members had brought to show. Knowing that I hadn't seen many autumn moths Stewart had brought some, including Green-brindled Crescent &| Merveille de Jour, plus some Andromeda Lacebugs. Keith also had a Wood Hedgehog fungus to show. 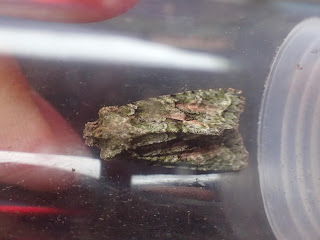 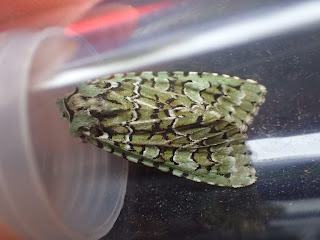 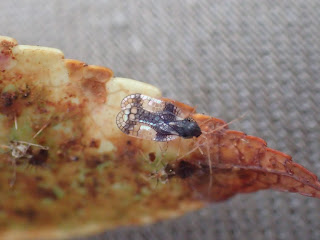 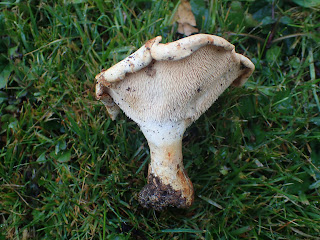 Of the fungi species that we found there were a handful of new ones for me including Rooting Poisonpie, Mycena diosma and several Conocybes. A tiny yellow waxcap, Hygrocybe vitellina, and Physisporinus vitreus, a white jelly-like fungus covering liverworts. Many thanks to Eddie for hosting the group. 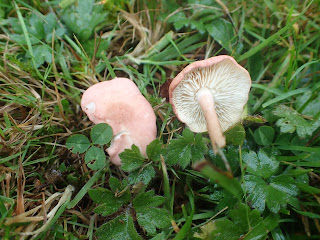 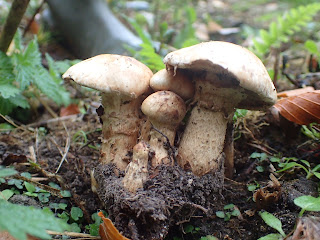 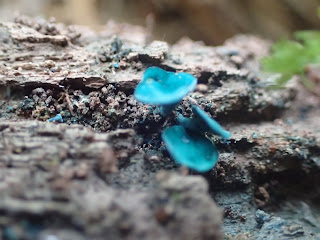 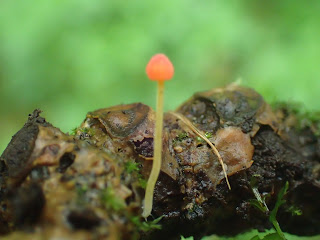 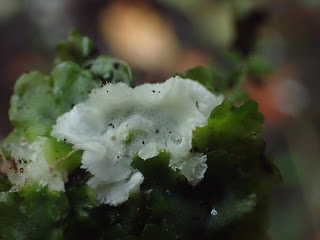 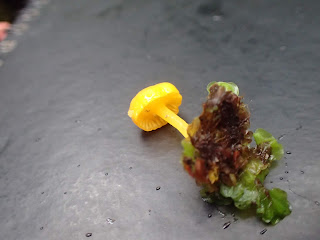