The moth-trapping community are generally rather good at flagging up potential new county species that are spreading towards Norfolk. One such moth, the Scarce Maple Pigmy (Stigmella aceris) was moving northwards in Suffolk, and Andy Musgrove claimed the first Norfolk record at the BTO's Nunnery Lakes last October. Despite quite a few more west Norfolk records, it remaimed undetected in VC27 (East Norfolk) until 20th September, when I found some Stigmella aceris mines in Norway Maple (one of two foodplants along with Field Maple) on my way home from work. I only narrowly claimed the vice-county first, as Stewart Wright found some five days later, and Graham Moates the day after that! 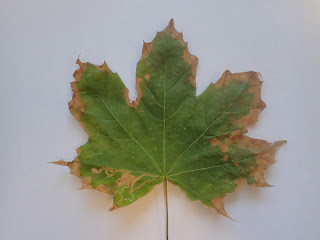 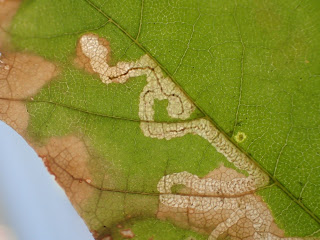