The last Norfolk Fungus Study Group meeting of the year is made up of a morning foray, buffet lunch and then AGM/planning meeting in the afternoon. The location of the foray part was at Whitwell Common, which has a nice range of habitats and probably could have occupied us for the whole day had we not been 'on the clock'. I had also forgotten my camera, so the pictures here are just the few taken on my phone. The final list isn't in yet, but we probably racked up over 50 species of fungi, with Amber Jelly (Exidia recisa) probably the pick of the bunch. A couple of interesting slime moulds were also seen. I noticed some long leaf mines in Pendulous Sedge, but unfortunately the occupants had been parasitised so there is no way of properly identifying them beyond Cerodontha sp. 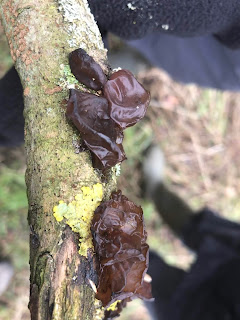 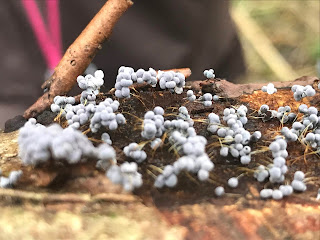 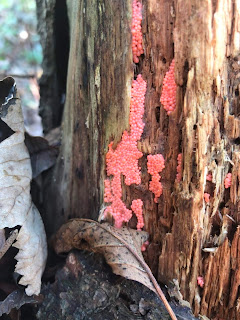 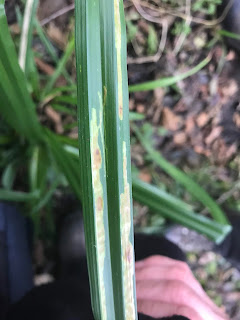