For the second part of a busy weekend I headed down to Whitlingham for the November WeBS count. Three Little Egrets were perched up in the Alders on the far side of the Little Broad - up to seven have been seen roosting here this year so the roost appears to be fairly well established. A Brambling called and some Siskin flew over. 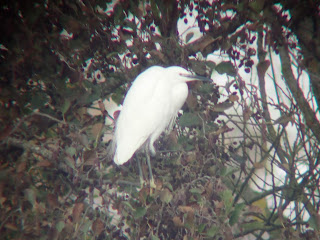 The Great Broad looked quite barren around the west end (the Barnacle Goose was still on the slipway), but there were quite a few Coot along the northern shore and a big flock of gulls and Tufted Ducks at the eastern end. There were large numbers of Black-headed Gulls but quite a bit of disturbance so no chance of any ring-reading. Other birds of note included 1 Shoveler, 14 Pochard, 10 Little Grebes and an Aythya hybrid previously seen by Gary White (you can see his photos of it here). Selected comparisons with last year are below (note how close Tufted Duck and Coot  numbers are!):

When I got to the pumphouse I diverted up into the woods to have a look at a fallen tree that I had been told about the previous day by Anne Crotty. This old Oak trunk had a good display of Black Bulgar growing on it, a species I've seen before but not at Whitlingham. A quick search around the immediate area turned up some Brown Cups and Yellow Stagshorn. Back at the country park there was one more fungus of interest. I saw a small group of Russulas, mostly dark purple but with an older specimen pinkish capped. Russulas are a tricky group to identify, but my interest was riased by the fact that this was with Alder and Willow, neither particularly common associates for Brittlegills. I keyed one of them out, and with some help from national expert Geoffrey Kibby it emerged that I had found Russula atrorubens, a species new to Norfolk and with only a handful of national records. 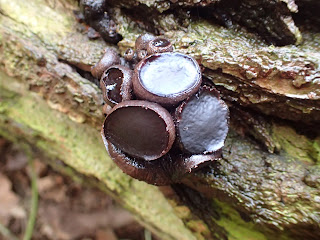 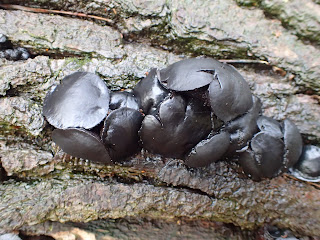 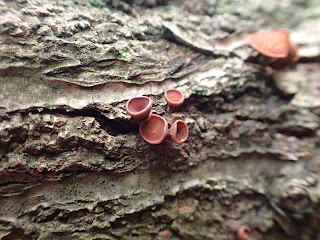 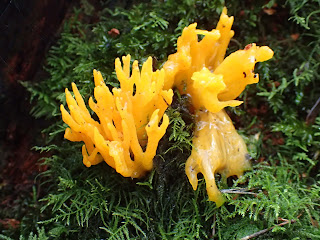 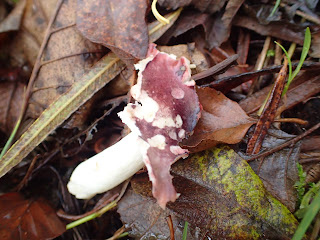 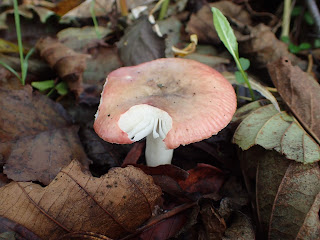