On the previous day's walk into work I had noticed a fungus growing near the path that looked like a Helvella sp, but it was dark and rainy so I resolved to check it out the following day. This I did, and as suspected there were several rather large specimens of White Saddle, Helvella crispa. A species I see most years in woodland, but that I'd not expected alongside a footpath in central Norwich! 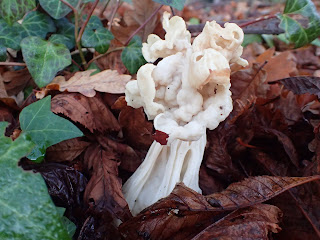 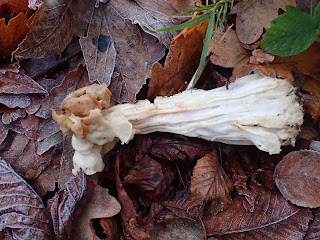