The final WeBS count of the year, and perhaps a last chance to find something unusual locally this year. The first bird of note was a Grey Heron that appeared to have been roosting in a large tree at the edge of the car park, which was a bit odd. I scanned through the scattering of Jackdaws on the meadows in the hope that one of the Nordic birds seen earlier in the year was present, but no luck. Over 1000 Jackdaws have been roosting at Whitlingham, so the odds were never that good.

Three Shovelers were present on the Little Broad, along with 16 Gadwall and three Little Egrets. I accidentally flushed two more Little Egrets from trees along the Great Broad, making five in total, a new high count for me but short of the overall record of seven, noted by three different people this year. Tufted Duck and Pochard numbers had increased on the previous count, the Barnacle Goose was present and now sporting a shiny UEA-ringing club ring, and the drake Mandarin that appears and disappears at will was of course absent. Selected species counts vs last year are listed below. Interestingly both Gadwall and Coot numbers are notcieably down, whilst Tufted Duck numbers are up. 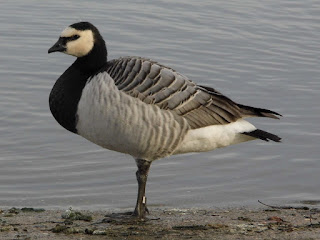 Of the other random bits and bobs noted, Eyelash Fungus (Scutellinia sp) is always nice to see, Velvet Shank is a typical winter-fruiting species and Ploughman's Spikenard was found in a new location and rather surprisingly was in flower. 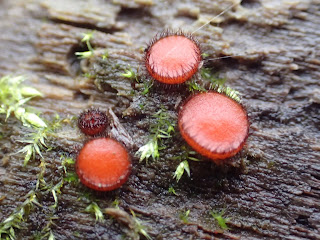 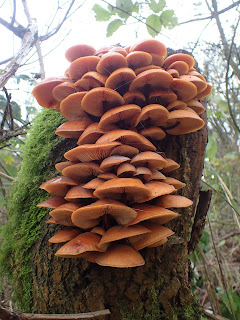 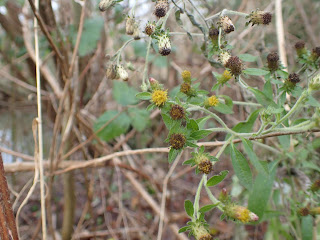