The government had announced that from 1st June lockdown restrictions would be relaxed somewhat. Trips out would be allowed for recreation rather than exercise, so basically there would no longer be the presumption that you should stay at home, however people should still work from home if they can. It was quite a nuanced mesage, made harder by the quite stupid sounding 'stay alert' message. Anyway, you could make an argument that 31st May was the last day of 'proper' lockdown, but I'll carry on labelling the posts as such for a while yet.

Today in the garden there was great excitement with the sighting of a frog. There was no spawn in the pond this year, but we hope that maybe next year there might be. A couple of new hoverflies were in the garden, Myathropa florea and Syritta pipiens, but the undoubted highlight for me was a leatherbug found by Rose - Denticulated Leatherbug. I was able to have a close up look at this spiky little species, which I had only previously seen on one occasion at Minsmere. 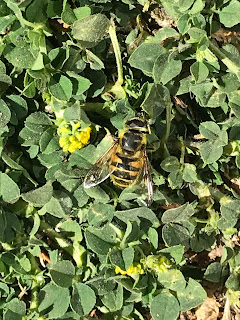 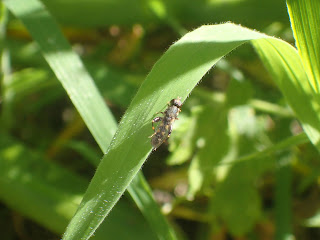 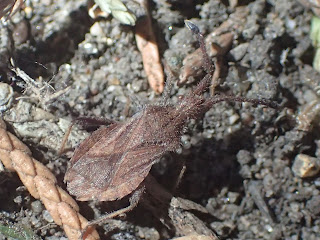