Whilst inside we could see some insects flying around outside. Going to check I found a swarm of Turnip Sawflies (Athalia rosae), at least 50 strong. These seemed to have arrived early afternoon, and had mostly gone by the previous day (with the exception of several that had flown into spider webs). 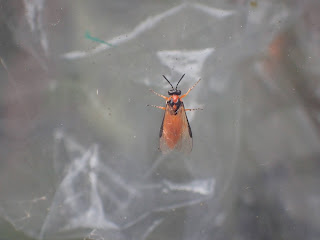 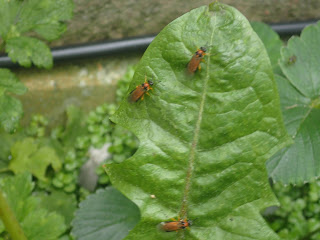 Rose has developed a liking for woodlice, so today we got a white tray out and went through some leaf litter to have a look at them, finding the same two species as before (Common Striped and Rough Woodlouse). Whilst doing this though I did notice a small bug, which although similar to several other species I am confident is Scolopostethus affinis. I also noticed a beetle in the grass, which looked familiar. It took me a while as I'm used to seeing them in blossom, but it turned out it was Common Grammoptera, a longhorn beetle. A few other random bits were added too, detailed below. 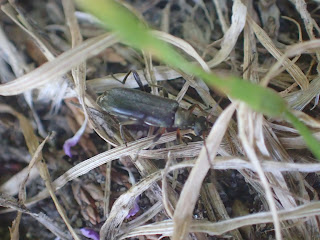 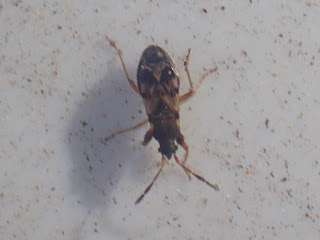