With the summer nearing its end we went for a family walk at Buxton Heath, which was resplendent with purple heather and earned Rose's approval thanks to the ponies grazing on it. Wildlife watching was limited mostly to the path and nearby vegetation, but that was still rather productive. Heathland bees were numerous, with Heather Mining Bees (Andrena fuscipes) and its cuckoo bee Nomada rufipes, plus Heather Bee (Colletes succinctus) alongside cuckoo bee Epeolus cruciger. We saw a colony of Bee-wolves, and a large Red-banded Sand Wasp. 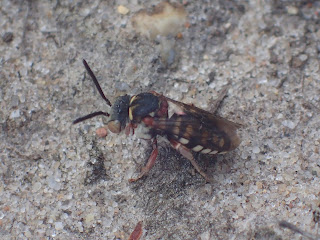 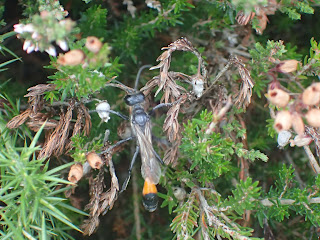 Other species of interest included an assassin bug (probably Coranus woodroffei although they are very similar to Heath Assassin Bug), Dodder, a parasitic plant with tiny pink flowers on 'silly-string' like red filaments,  and a new one for me, the tachinid Linnaemya vulpina. 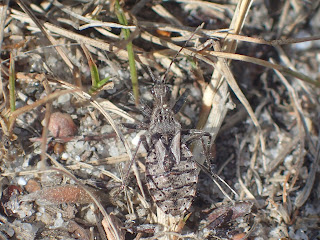 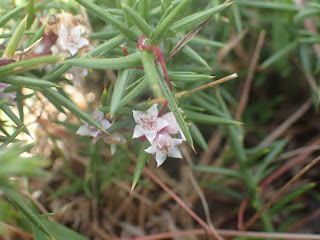 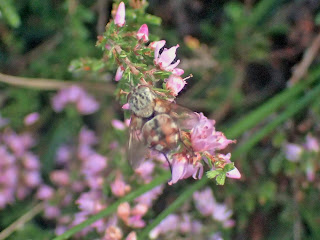