This months WeBS count was rather late in the month, and many of the swans and geese had moved on from the late July peak counts. The vegetation was quite high around the Little Broad, amking it tricky to see in from many angles, but whilst looking I noticed that a patch of Ivy had come into flower. There were no Ivy Bees yet, but lots of wasps, Hornets, hoverflies and greenbottles. I did pick out, a larger, darker wasp, and from the markings was able to confirm that it was a Median Wasp, which was nice. 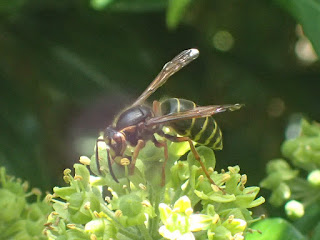 In terms of wildfowl, there was nothing out of the ordinary. A Mallard had a young duckling, perhaps a third brood, and at least five of the Mute Swans were sporting the local colour rings. A selection of comparitive counts are below. The difference in Mute Swan numbers is probably due largely to the timing of the count - by September 2019 numbers had dropped to 20.

A selection of other species of interest included Bronze Furrow-bee, a parasitised aphid on Alder, a leaf mine on Canadian Goldenrod caused by Nemorimyza posticata and a smut fungus on Water Stitchwort. The trip had a frustrating conclusion. Earlier in the month some people had come and stolen many of the railway sleepers that used to line the car park. This meant that in order to park you had to pay attention to the well-worn parking places and use some common sense. Unfortunately this proved beyond some people, who parked in a row that completely blocked in an existing row of cars, including mine. I therefore had to just wait by my car until someone came back and left, allowing me to get out. It didn't look much better along the lane either, with two cars parking between the 'no parking' bollards, and at least one other car on double-yellow lines a bit further down. 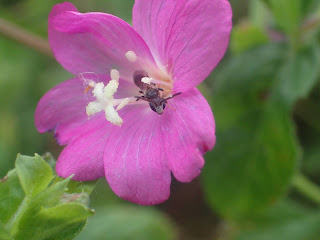 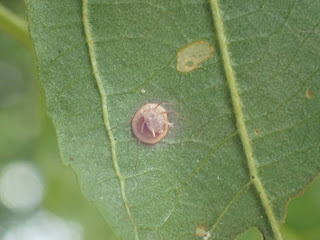 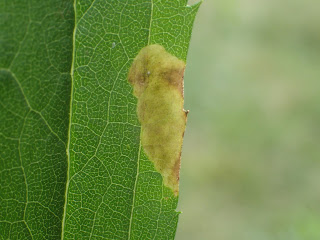 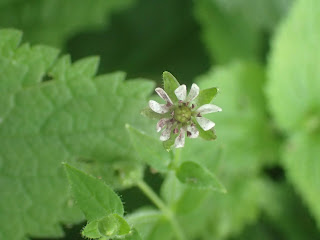