At the weekend we wanted to go for a walk, so I decided to head to Pigney's Wood. It was my first visit since NWT had taken over management of the site and the first ever visit for Rose and Cathy. We had a pleasant walk around, although a rather agressive dog off its lead that ran up to Cathy and another couple somewhat took the gloss off a bit. For the first time this autumn there was a noticeable amount of fungi about, including an Agaricus sp, Suede Bolete, Stump Puffball and Brown Roll Rim. 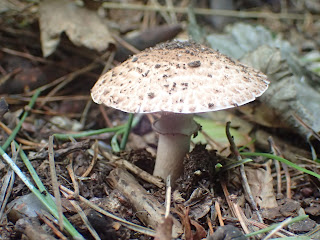 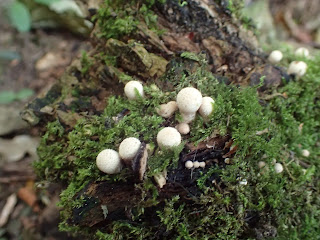 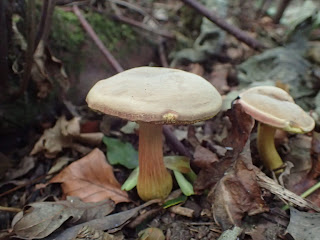 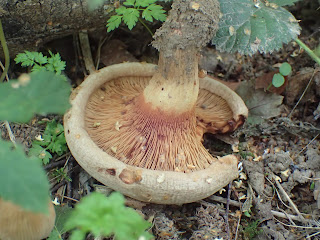 Other wildlife included a late-ish flock of House Martins and Swallows over the canal, Cetti's Warbler and Bullfinch both heard, lots of Speckled Woods, Aulagromyza populicola and Pyllocnistis unipunctella mines in Poplar, Ivy Bees and a snail-killer fly Coremacera marginata. 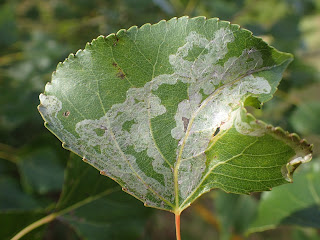 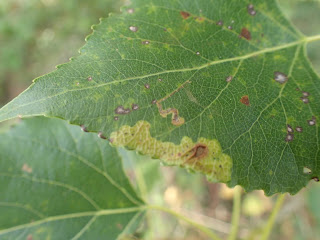 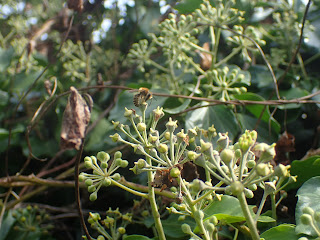 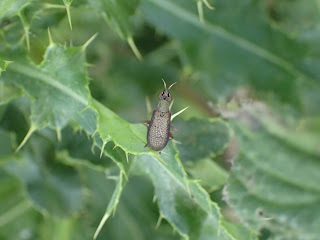