When I still lived in North Walsham Dad & I would visit Beeston Common quite often, but mainly in spring when the orchids were out. We decided to have a walk around one afternoon, and saw several later summer flowers that my earlier visits hadn't noted, like Grass-of-Parnassus and Goldenrod, the latter a scarce plant in Norfolk that could be overlooked as a type of Ragwort by the inexperienced observer. I had hoped to see Water Cricket on the stream, but there was no sign of any. 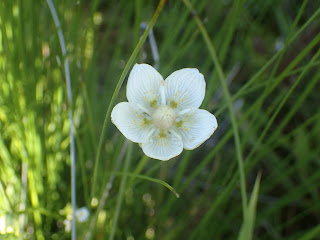 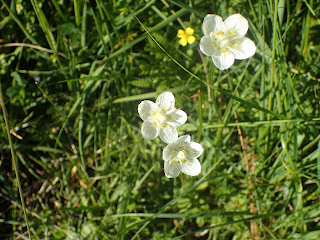 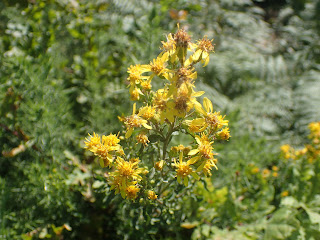 Email ThisBlogThis!Share to TwitterShare to FacebookShare to Pinterest
Labels: Beeston