WHITLINGHAM: A misty landscape and some redwings

24th September 2011
An early morning visit to Whitlingham was delayed a few roads from my house as I watched a cat furiously chasing a Grey Squirrel in and out of gardens, along a fence and under a car, before the squirrel finally found refuge in a Holly tree, still being watched by the cat. I arrived just after dawn, and was treated to some nice views as the banks of mist began to clear. Whilst watching the mist rise up from the river at Trowse Meadows a Bullfinch called in the distance. A walk around the broad was largely uneventful until the final stretch, when a Kingfisher flew across the path and a Marsh Tit popped up in a tree beside the path. Several Redwing flew over, my first of the autumn. 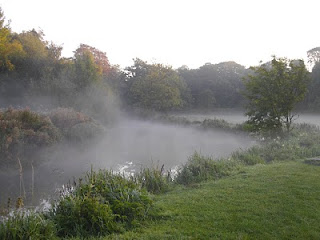 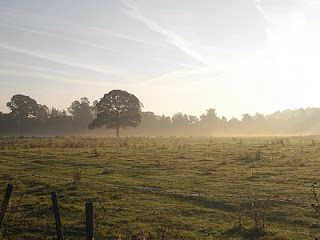 In the afternoon we agreed to go to the coast to have a look around. The lack of migrants reported and the westerly winds meant there was no obvious destination, so I decided on Thornham (the wrong ...rnham as it happened, but there we go). We parked at the staithe carpark and walked along the coastal path, but there were hardly any passerines about, and a Spotted Redshank in one of the creeks was the best bird of the trip.