In view of his impending marriage, Adam wanted to have a few days of birding outside of Norfolk, and it was decided to head down to Portland Bill, calling in at some good birds on the way.  First stop was Hordle in Hampshire, where an adult Rose-coloured Starling was frequenting the village.  We went for a walk around scanning TV aerials etc, only to come back and find it perched on a telegraph post above the car.  It was flighty, so the photograph is nothing more than a distant record shot. 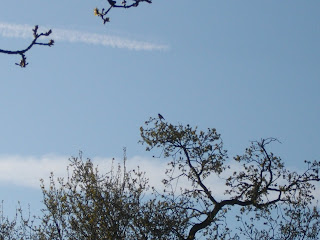 Carrying on into Wiltshire we stopped at Langford Lakes, seeing my first Sedge Warbler of the year and a Ferruginous Duck. 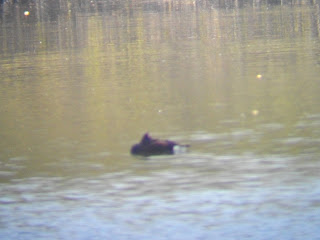 Next stop Chew, and having struggled to find the specific area, we eventually stopped on the road bridge overlooking Herriott's bay.  The Spotted Sandpiper was doing manic circuits around a rocky island, and was partly overshadowed by a showy Grey Wagtail. 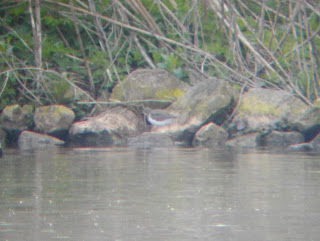 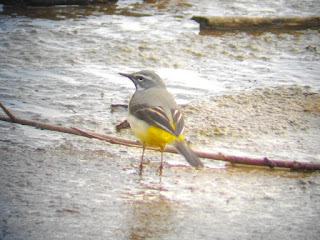 More fun and games trying to find the site that had two Long-billed Dowitchers (the car park is called one thing, and appears to serve three nature reserves with different names).  Once there the dowitchers showed beautifully, and a Great White Egret flew overhead and landed on the same scrape.  One of the locals told us it had been ringed in France in 2009. 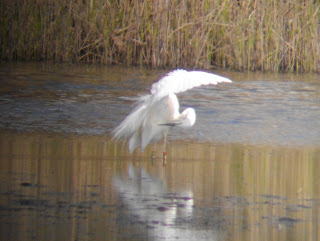 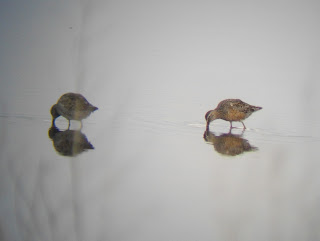 With no sign of the previous days Blue-winged Teal at Ham Wall, we headed to Abbotsbury where a Black-winged Stilt was showing distantly.  We also picked up some Terns and a Green Sandpiper here, before heading to our hotel on Portland.