Another couple of hours spent looking for non-specific bird species. I paid particular attention to a couple of tit flocks that were moving around the site on the off chance that a Pied Flycatcher or Greenish Warbler had tagged along, but found nothing more exciting than three Chiffchaffs. On the broad there were two rafts of large gulls (then one super raft as the solar boat spooked the first lot). The vast majority of the gulls were Lesser Black-backed, but I did pick out an adult Yellow-legged Gull amongst them. The nettles were loud with the stridulations of Dark Bush Crickets, and I went and had a look at the Long-winged Coneheads that I first noticed a couple of years ago. Websites often suggest that people struggle to hear them without a bat detector, but they have always been quite noticeable to me. As I walked back a Swift flew over heading southwards, as did four House Martins a little later. 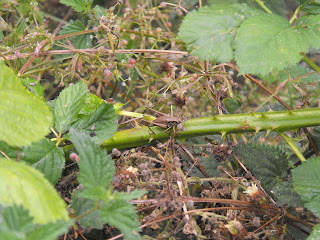 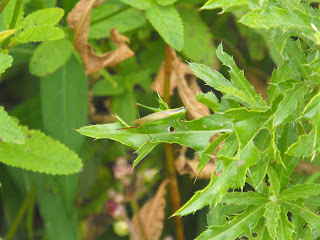