With only a few days holiday left, Cathy, Margaret & I went to Pensthorpe for a look round. Luckily we were on a covered trailer ride when the heaviest rain was falling, and after lunch the weather cleared up. We had a look around the wildfowl collection, but the highlight of the day came at the river, where we found loads of White-clawed Crayfish. The River Wensum is one of very few Norfolk rivers that still hold this species, and I had only previously seen one on a river survey for my Aquatic Ecology studies at UEA ten years ago. Having got our eye in they were easy to pick out as they lumbered along the bottom of the river. 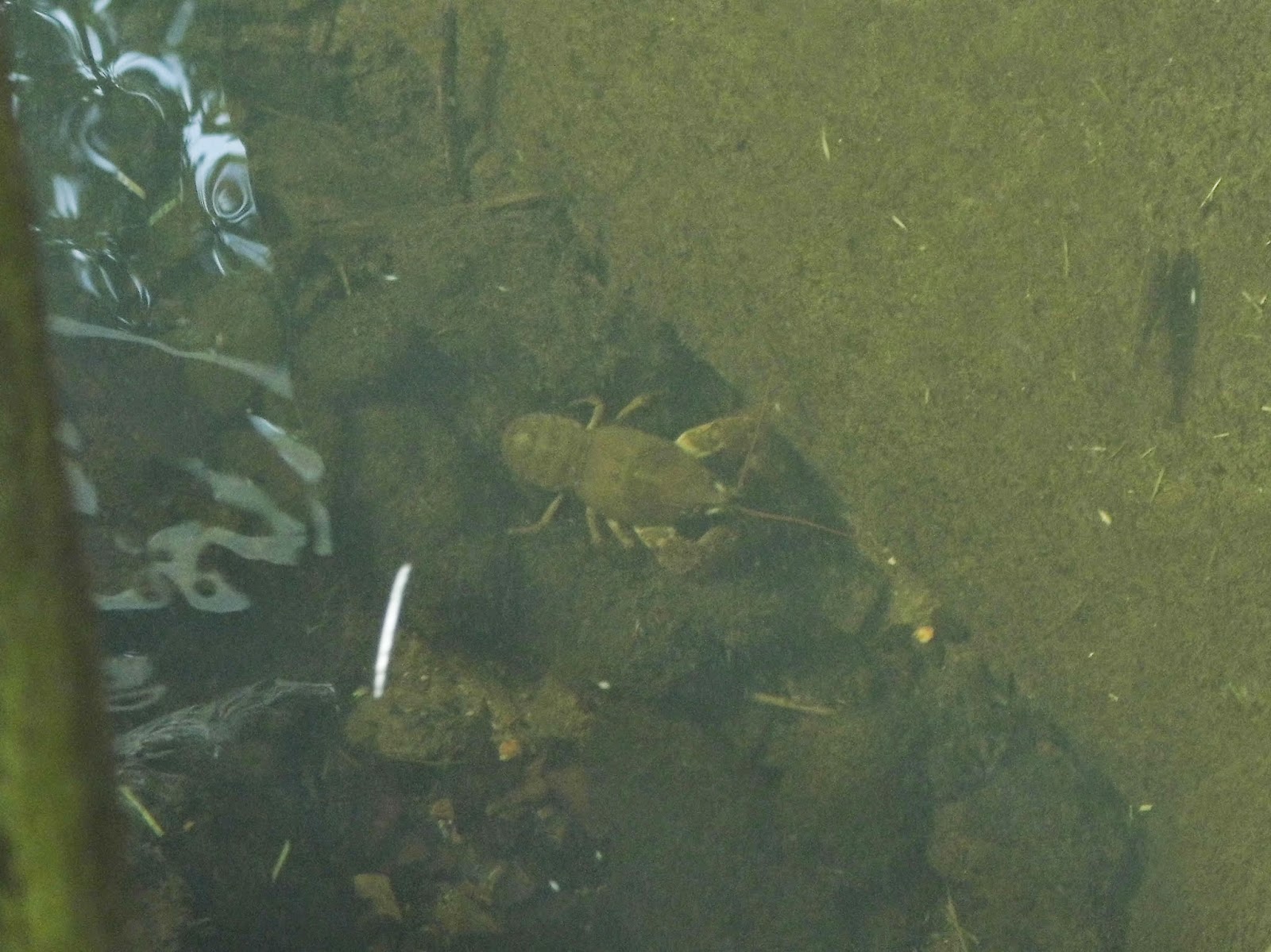 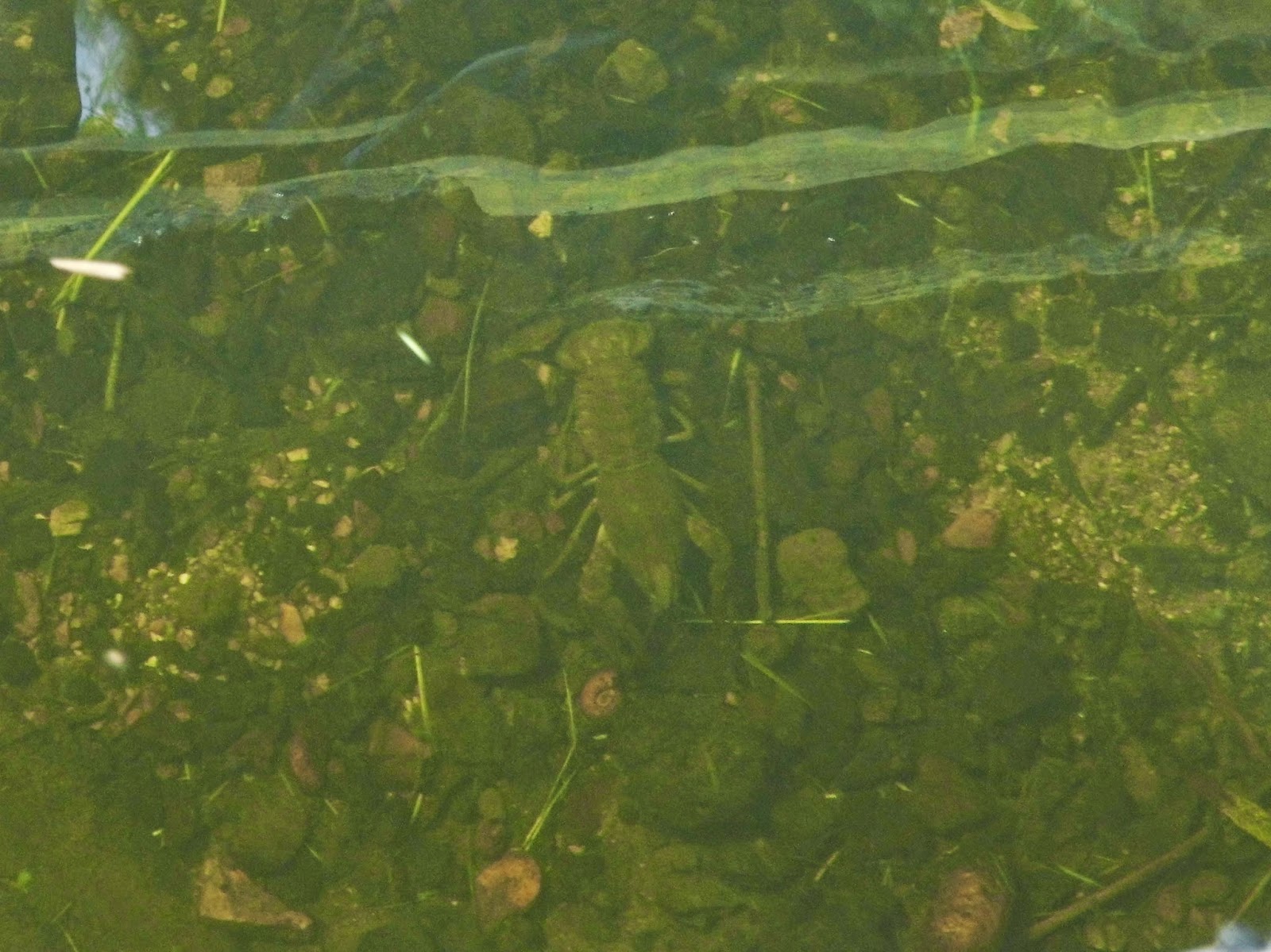 Another highlight was a Clouded Yellow butterfly spotted by Cathy as it flew over an area of wildflowers. Unlike the ones we saw on Tuesday this one regularly stopped to nectar (mostly on Black Knapweed). Always fairly distant, I at least managed to get a record shot of it. On the bird front we got good views of a Coal Tit from the cafe and Goldcrests near the Red Squirrel enclosure. As we headed back I noticed a new hoverfly for me, Myathropa florea. 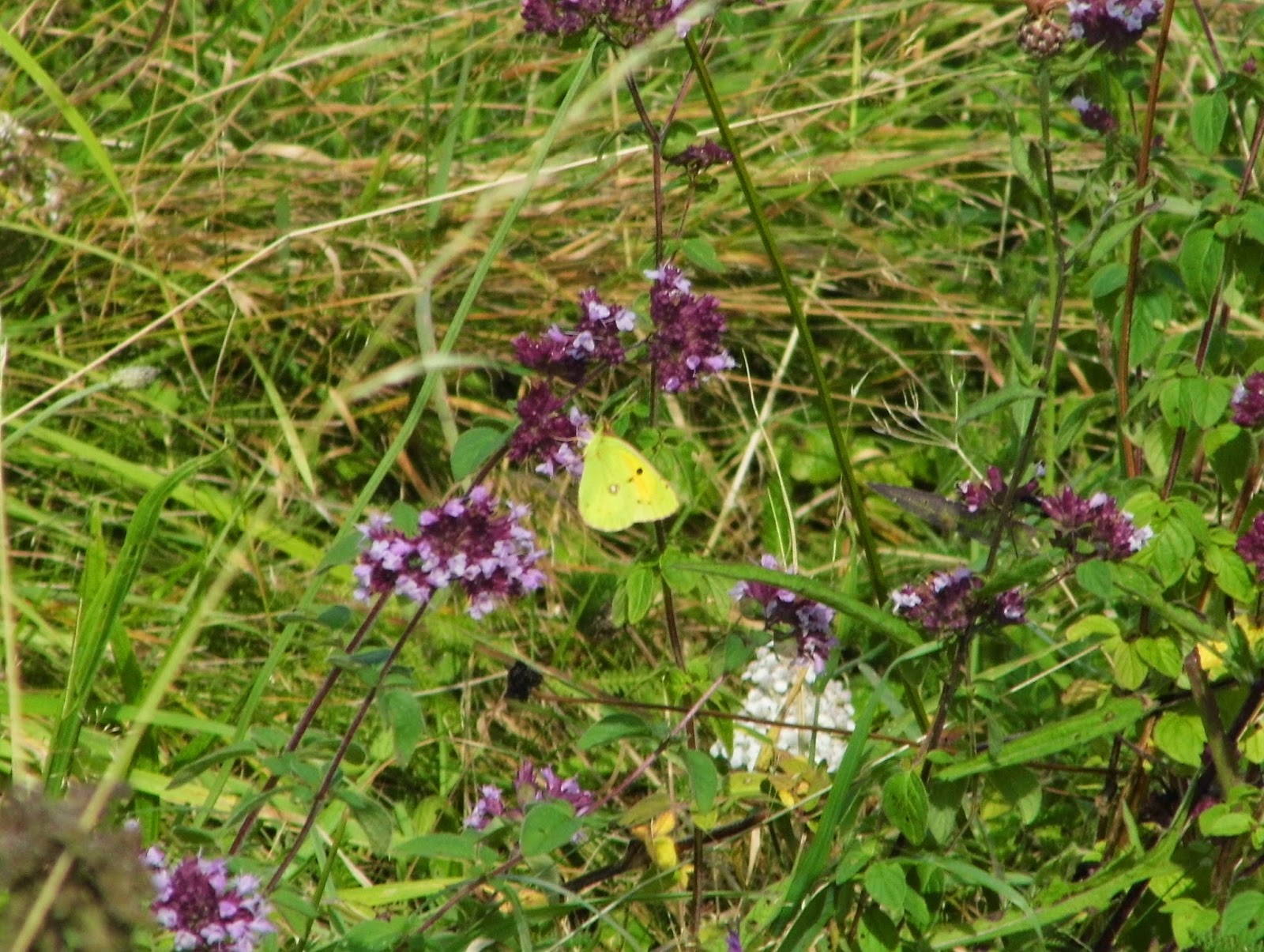 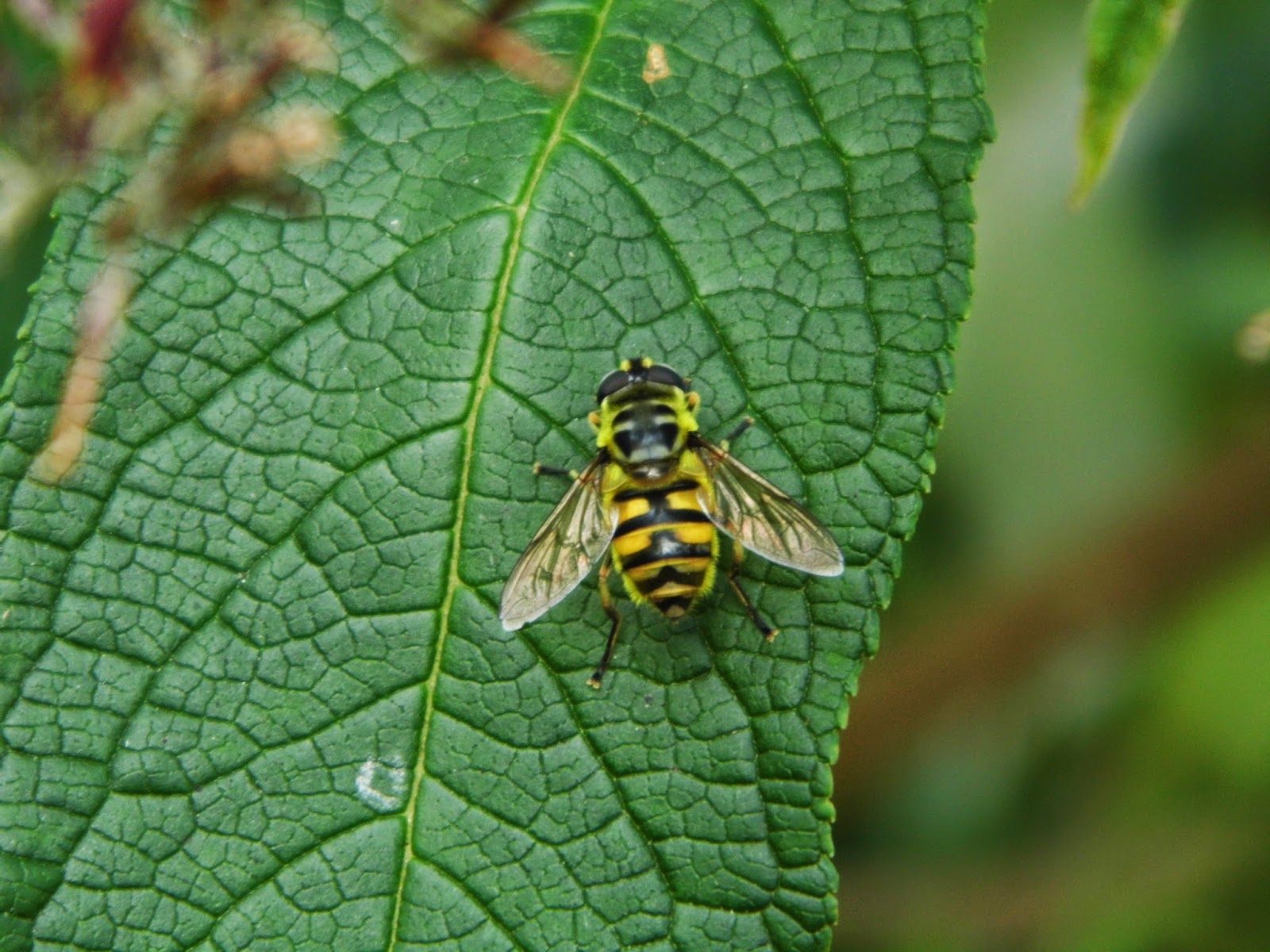