Saturday saw me heading to Sheringham Park for the first of two NNNS wildlife workshops that I have booked onto this autumn. The subject of this one was beetles and bugs, and it was lead by our county bug recorder Rob Coleman and British Bugs webmaster Dr Tristan Bantock. After an introductory talk about the differences between beetles, bugs and the families that make them up we headed out to look for beetles. Initially we checked under log piles, finding a range of Carabids, including a relative of the Violet Ground Beetle. We followed this by checking a number of pitfall traps that had been set two days ago. 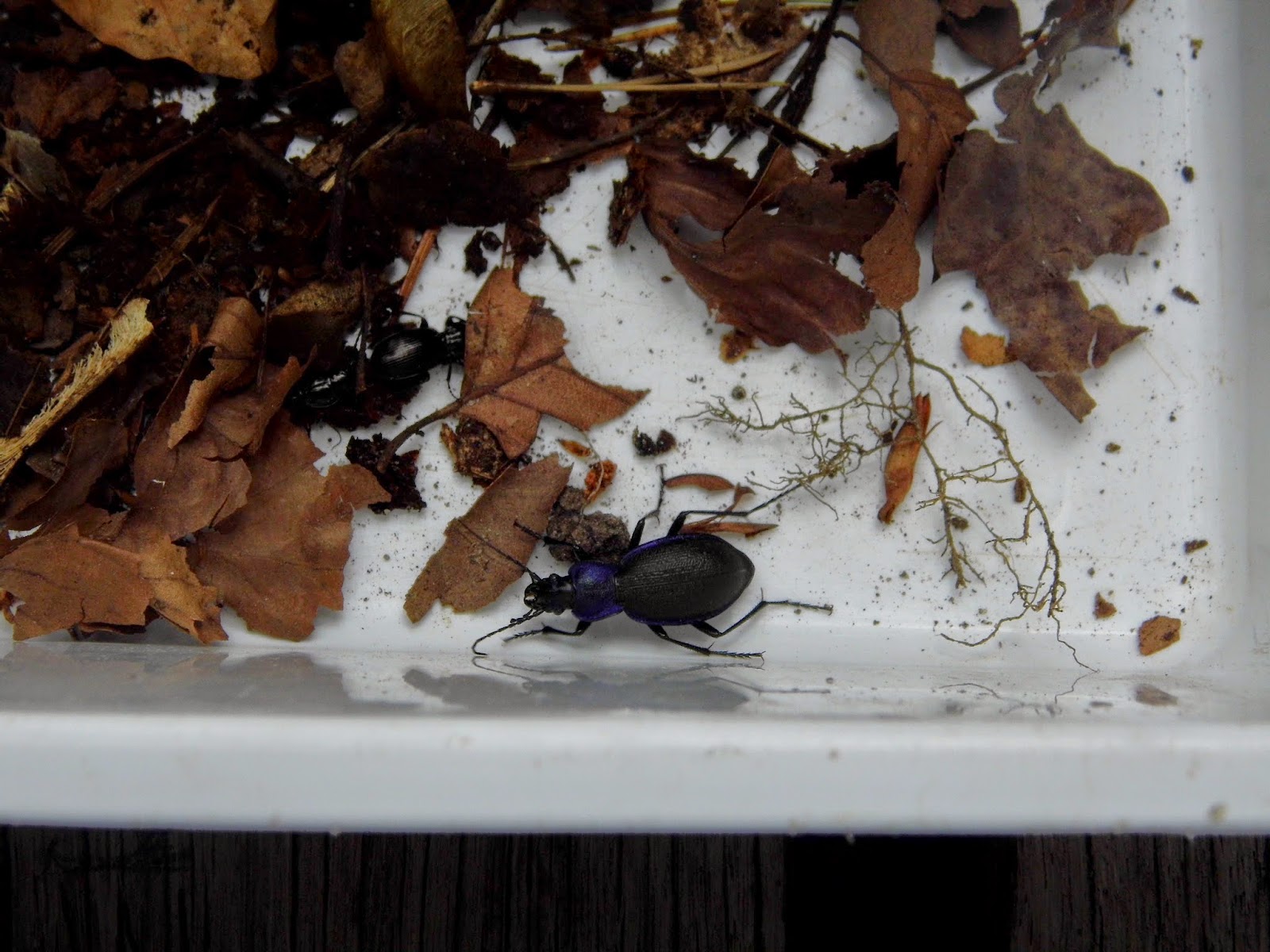 After releasing the beetles we headed to an area of wildflower meadow to practice using sweep-nets. Using this technique we caught several different bugs (and lots of spiders!). After a break for lunch we returned to the field, this time using beating trays to sample bugs from trees and shrubs. I teamed up with Tim Hodge, our best find being the planthopper Issus coleoptratus. Before returning to the classroom we targeted a Silver Birch for Birch Catkin Bugs, finding some larvae but no adults. After our surveying we then spent 45 minutes with some set specimens and microscopes to try out some dichotomous keys.

This was a very interesting day, and I picked up some useful information on identification, sampling techniques and literature.
Posted by James Emerson