Today we headed out to North Norfolk to visit an English Heritage site, Creake Abbey. On wires nearby Swallows and House Martins were gathering, and a few Swifts were still around nearby. The abbey was nice, if rather small. The wildlife highlight was a Wall butterfly. 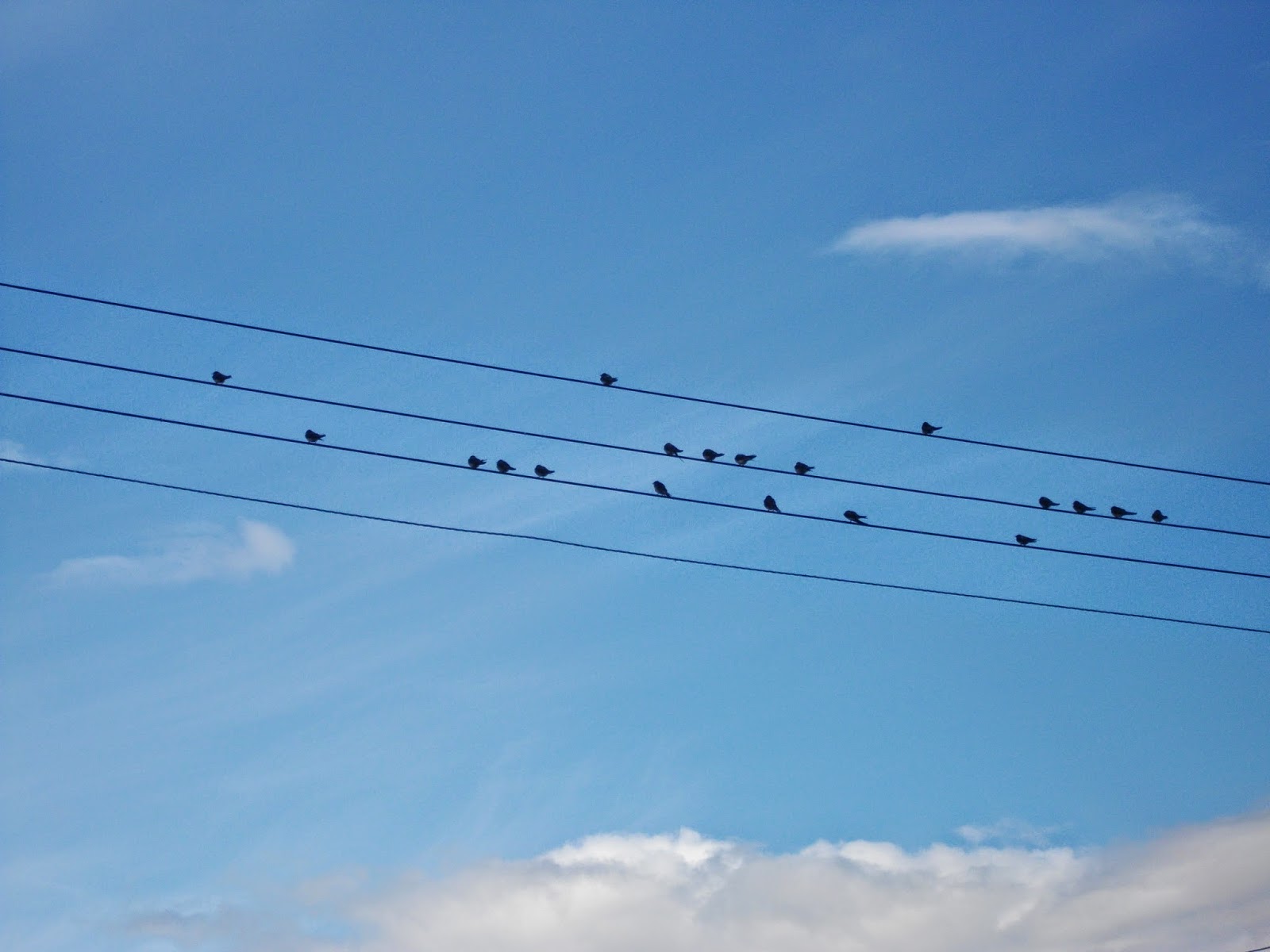 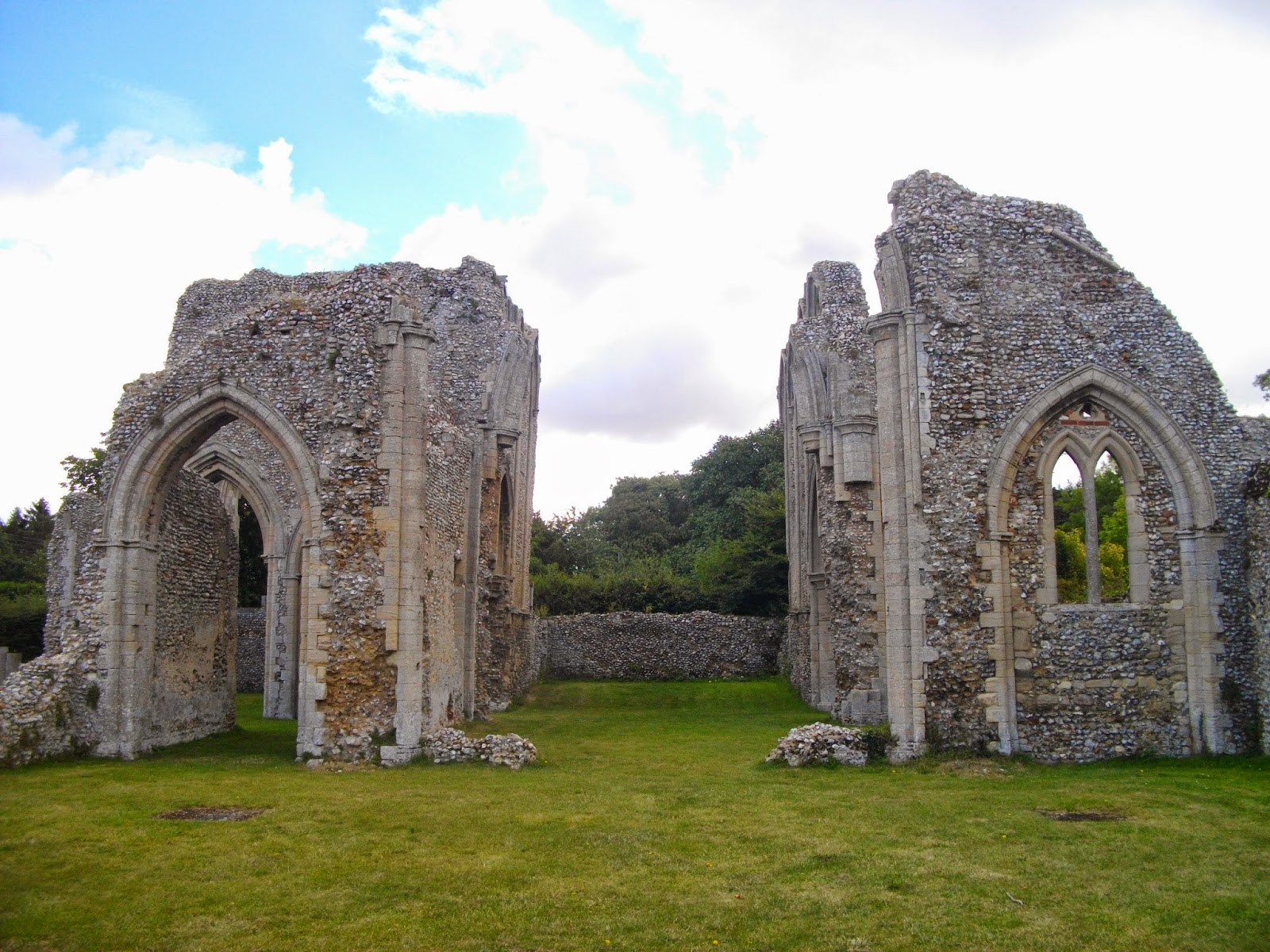 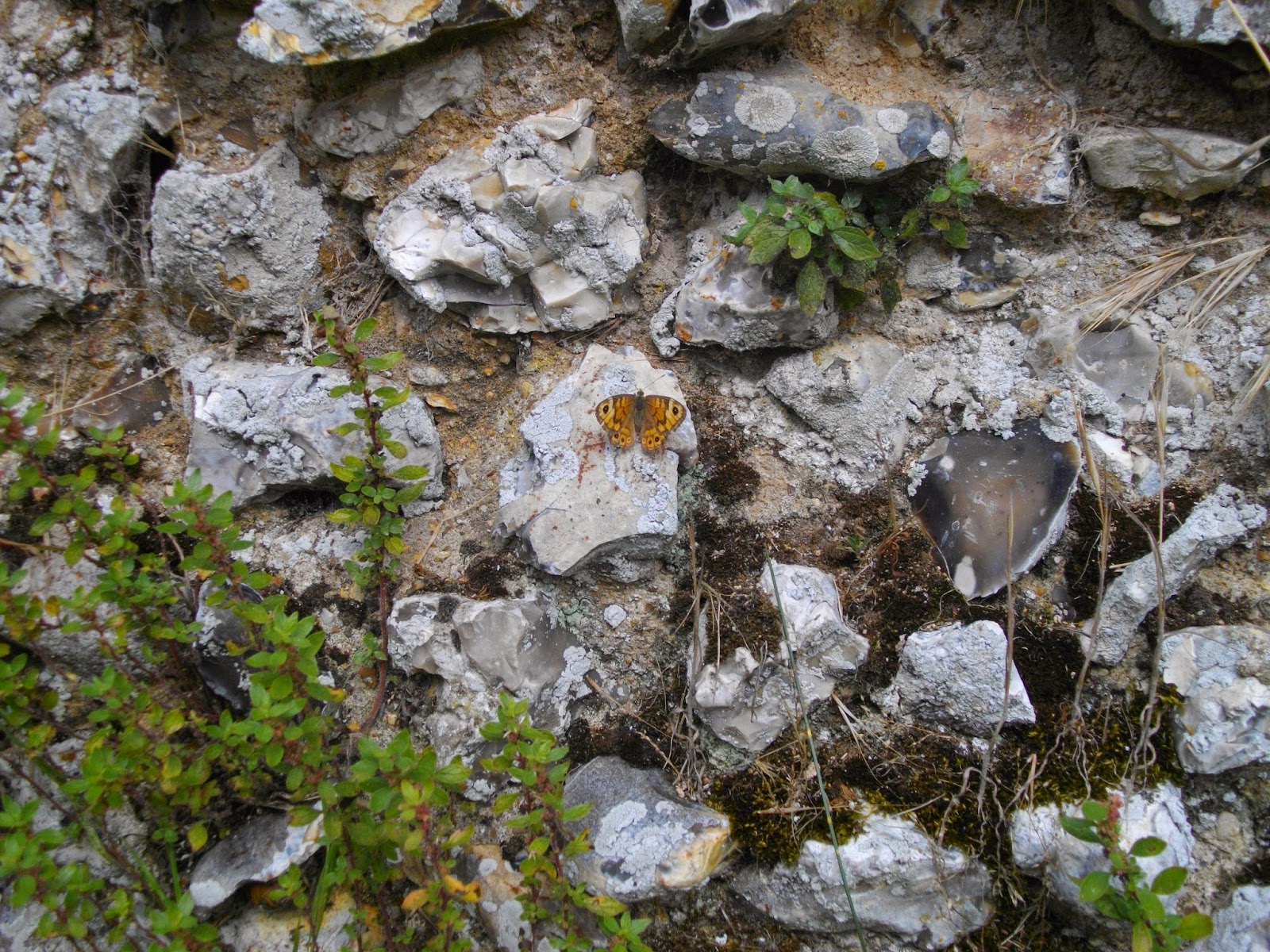 Wall butterfly and Pellitory-of-the-Wall, on a wall.

After visiting the abbey we had a look in the nearby courtyard cafe, but it looked a bit posh (12 Quail's eggs anyone?), so we headed to Titchwell for lunch. Afterwards we stopped briefly at Choseley where at least three Clouded Yellows were flying over a field of Lucerne and leguminous plants (a fodder crop maybe?). They didn't settle whilst we were there, but it was still nice to see them as I failed to see any in 2013 despite the influx.