Today we took advantage of the sunny weather to look for another one of this years target species, Great Green Bush Cricket. This species is scarce in Norfolk, only being found in the Reedham area and an area close to the border with Suffolk in the Brecks. Great Green Bush Crickets can be easy to locate in the right areas because they make a loud stridulating sound a bit like a sowing machine, however despite their large size they can be hard to find when they stop making a noise. We had previously tried to find them in 2012, and had located several crickets without managing to see them. This time we tried the area near Petitts (animal adventure park) on the recommendation of Ben, and straight away I heard a Great Green Bush Cricket in a patch of brambles. After a few minutes of searching I found it and managed to get some photos before crawling deeper into the bush. Cathy & Margaret came over a short while later and it steadfastly refused to show again. 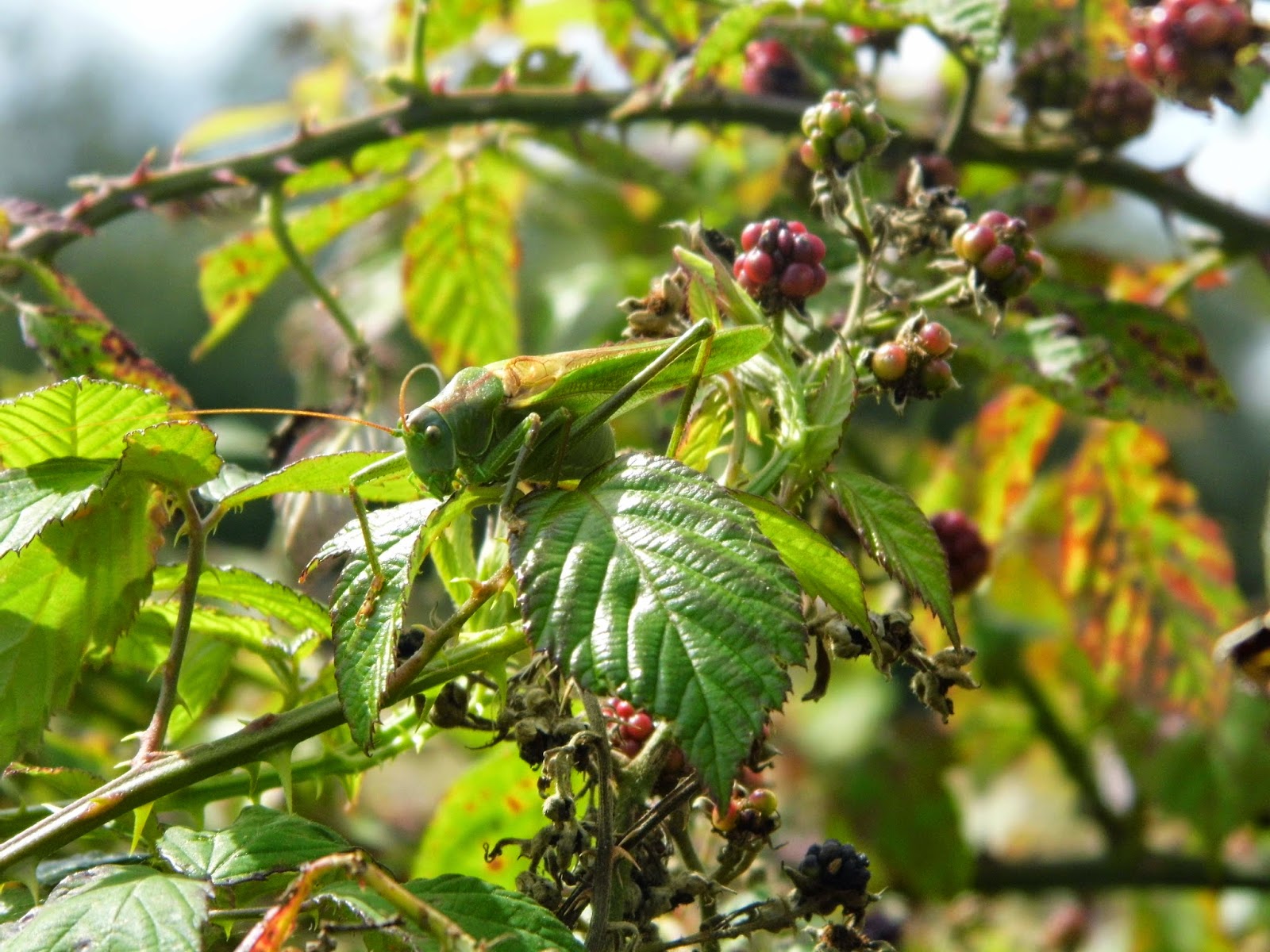 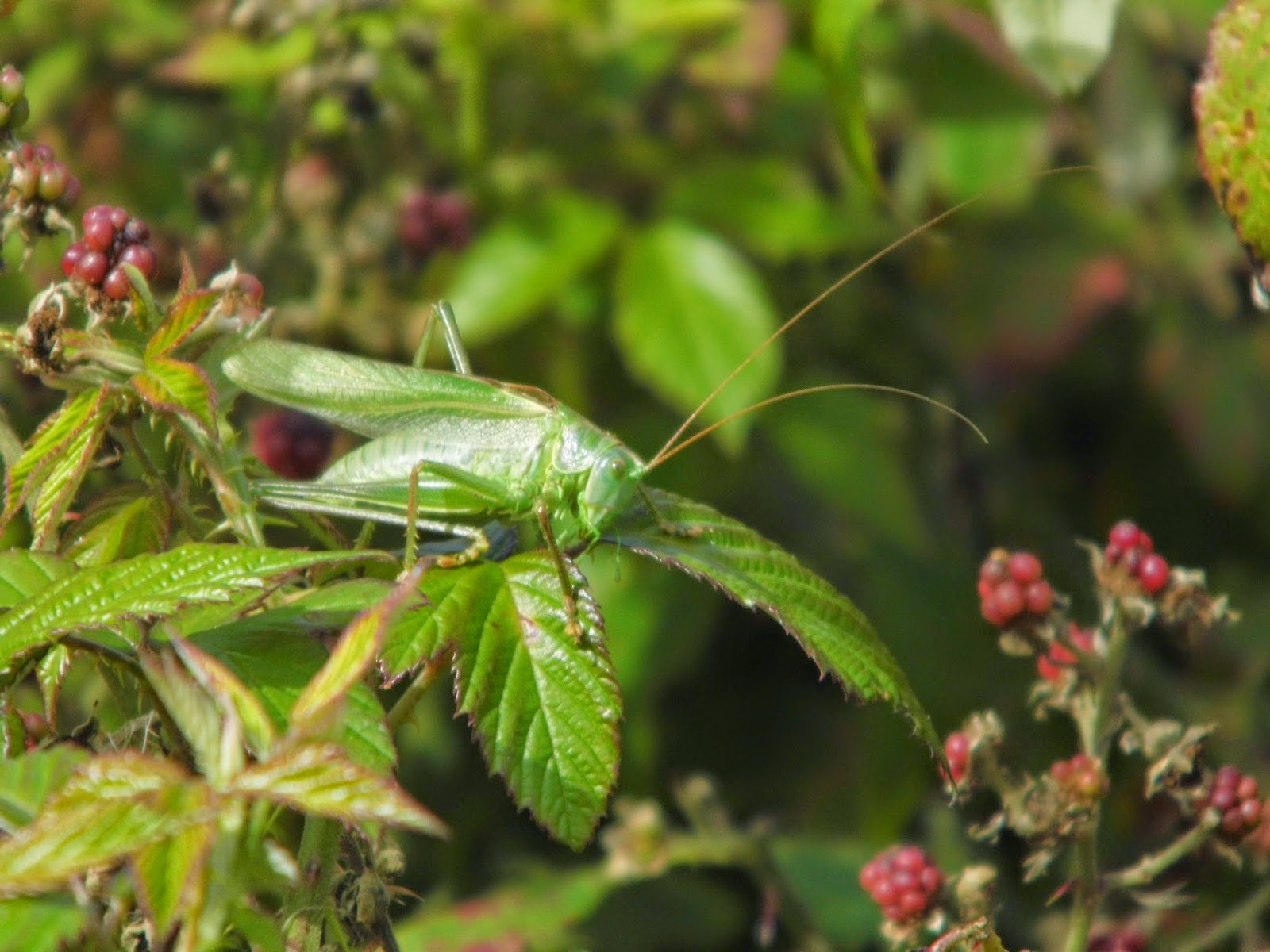 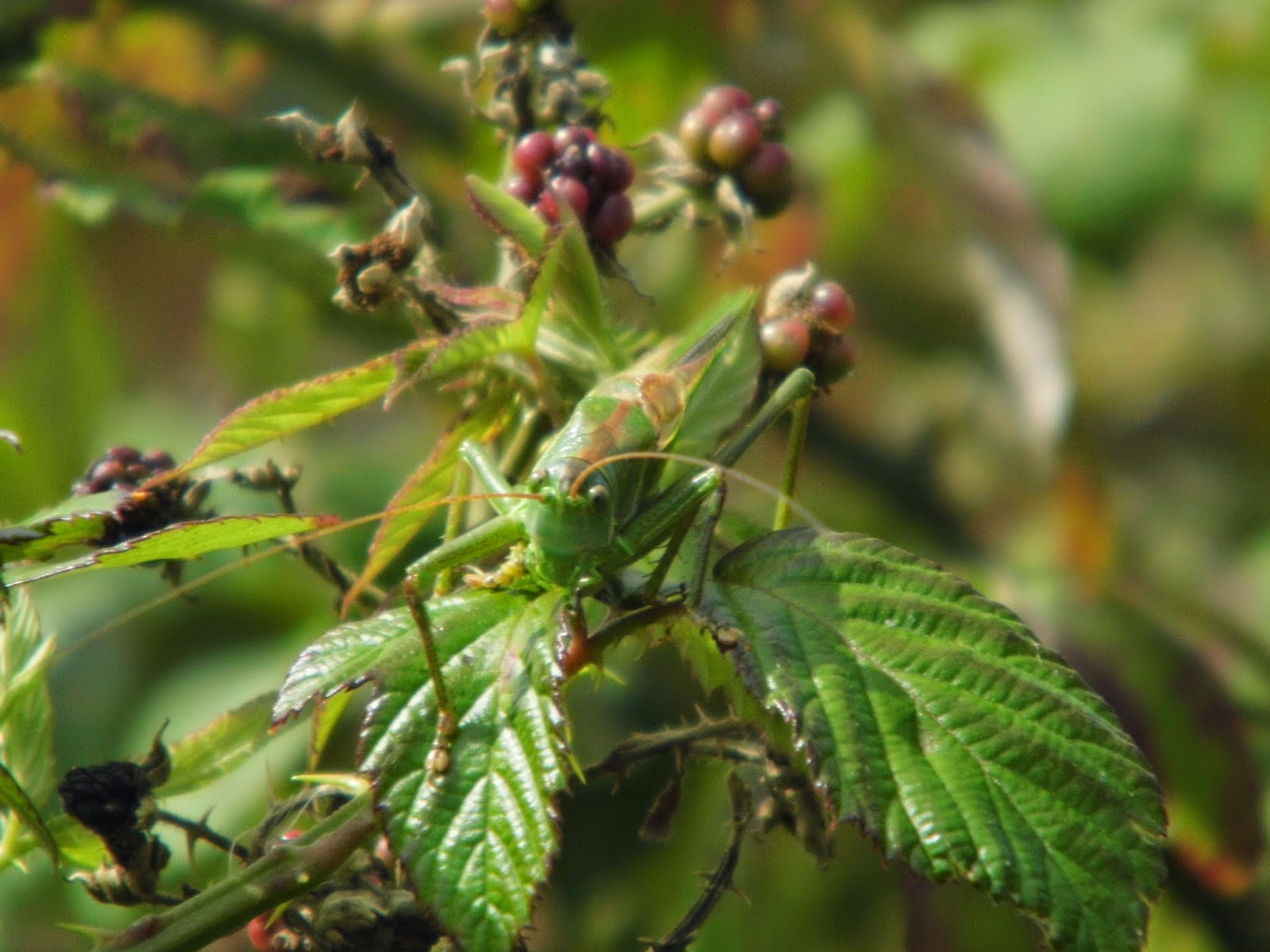 After the crickets we called in at Strumpshaw Fen, where I was hoping to photograph the Willow Emerald damselflies, as the first time I saw them here I had forgotten my camera. We walked around the back entrance to the reserve, stopping to scan into the ditch at regular intervals. It didn't take long to locate a Willow Emerald, which perched up within photographic range. However on our way back another visitor had found one on a dead thistle stem that allowed very close views, which was excellent. Strumpshaw was teaming with insects - we saw Short-winged Coneheads, loads of Migrant Hawkers and Common Darters, lots of Dock Bugs, Green Shieldbugs and a Snout (moth). 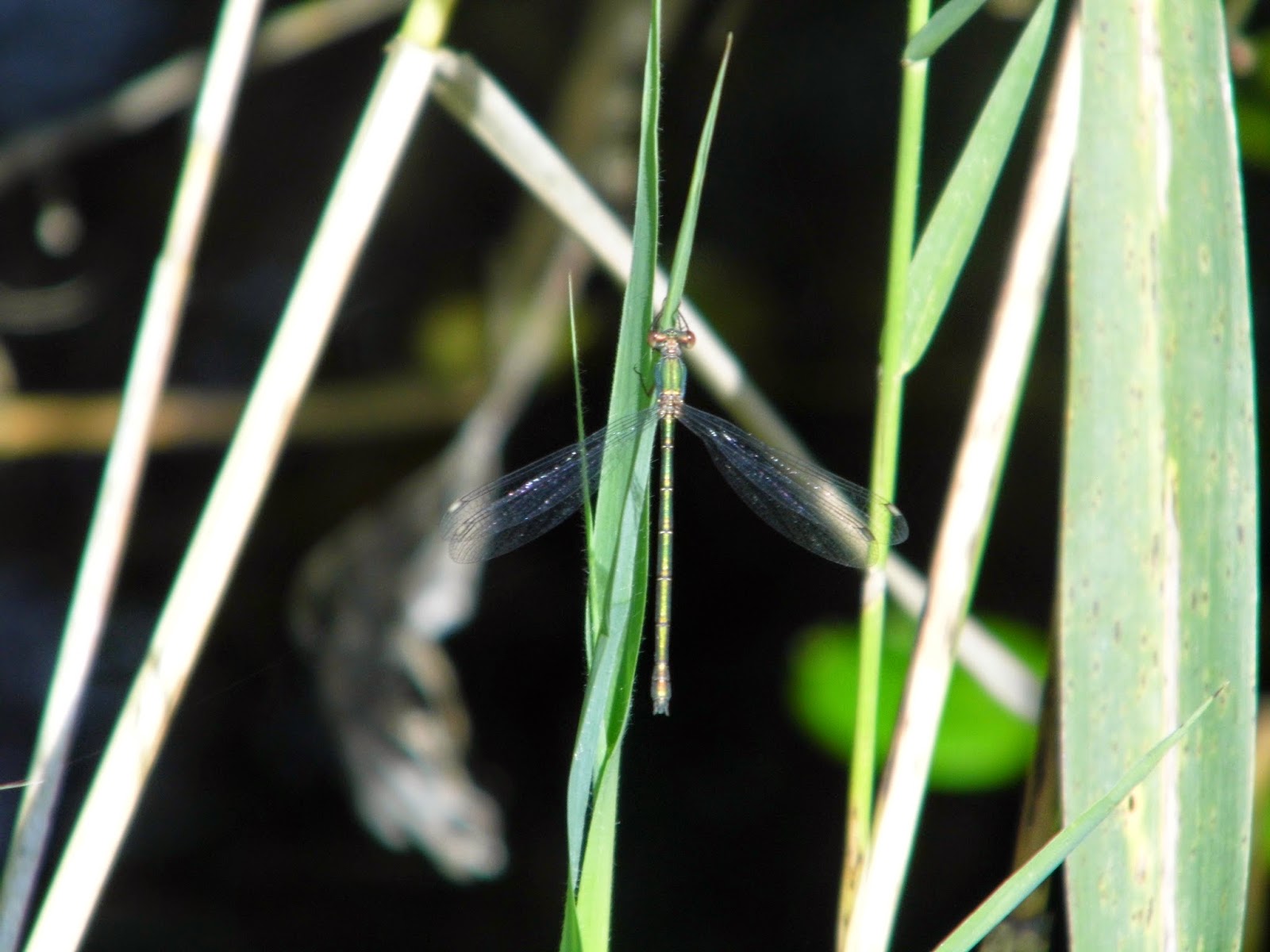 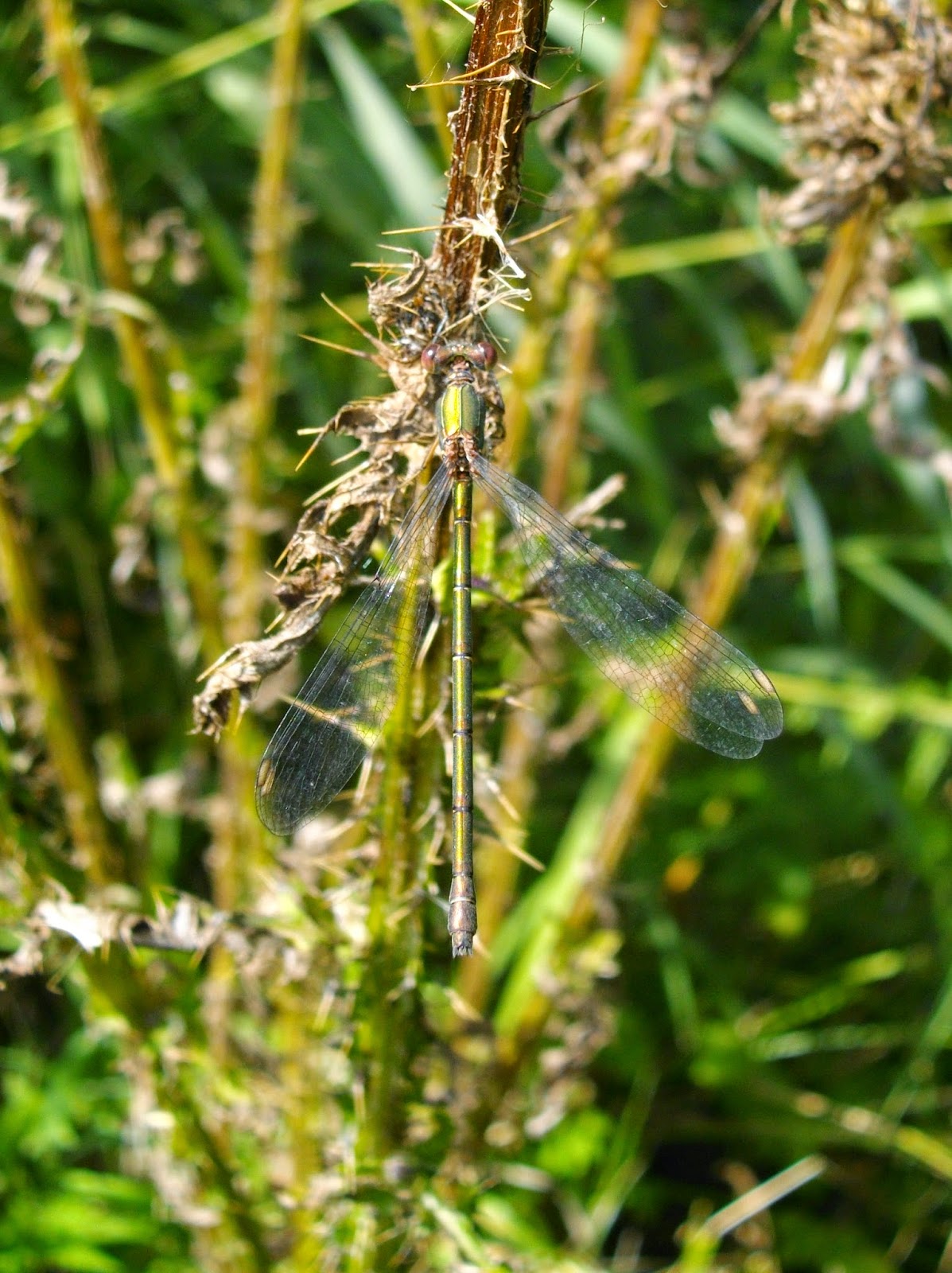 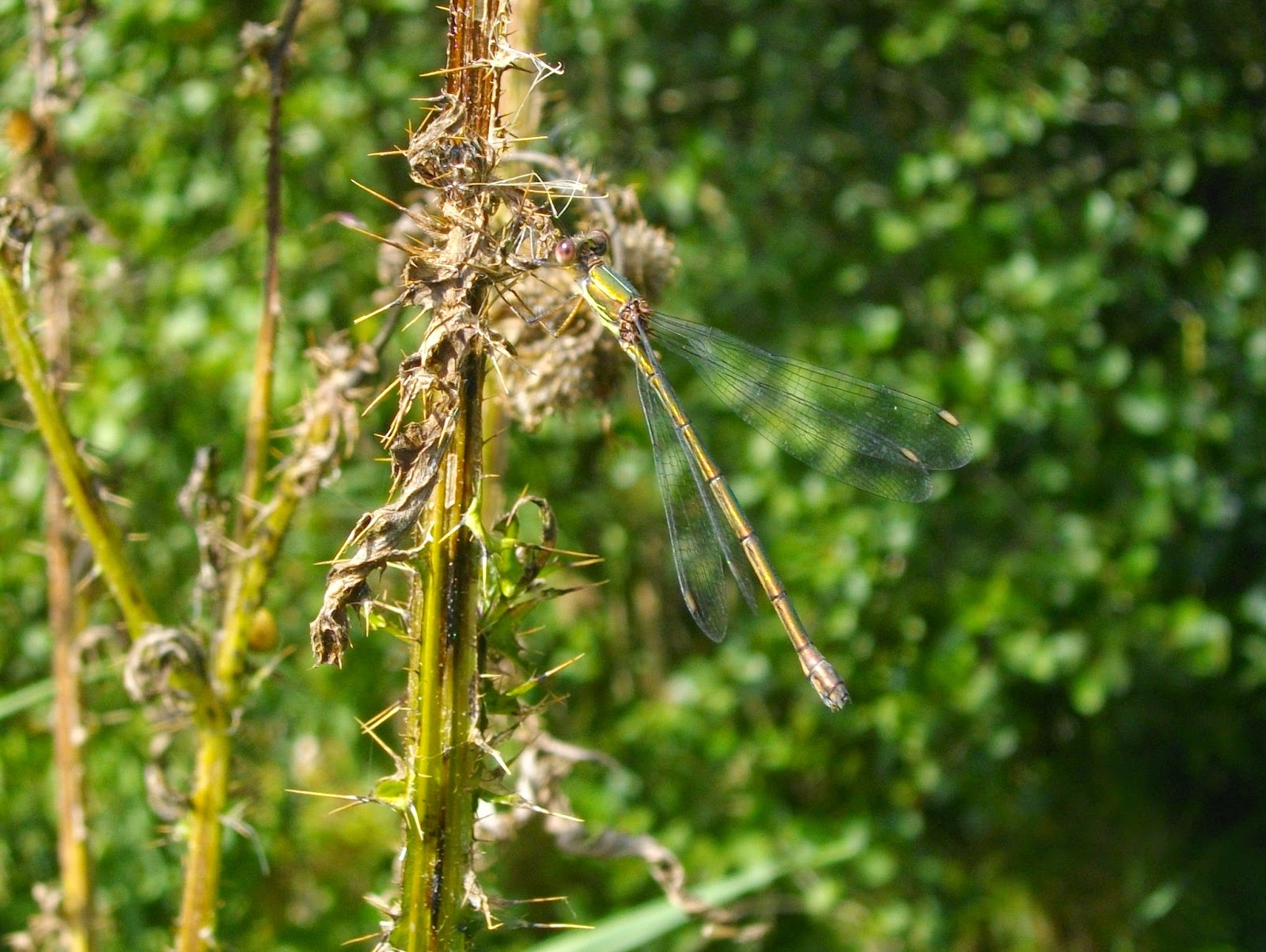