Earlier in the year I had been contacted by a reader who told me about some newts and terrapins at Cow Tower pond in Norwich. I went and saw the newts one day after work, but I didn't see the terrapins and as I no longer go that way regularly had rather forgotten about them. That was until yesterday, when Steve on BirdForum commented that he had seen them, and also Willow Emerald damselflies, a rapidly spreading species that was only seen in Norfolk for the first time about five years ago. Interested to see the Willow Emeralds in the city I called in after work and despite the windy conditions found one on a reed stem. Incidentally I still didn't see the terrapins (although I heard one plop into the pond from the vegetation). Has anyone managed to photograph them to ascertain the ID? 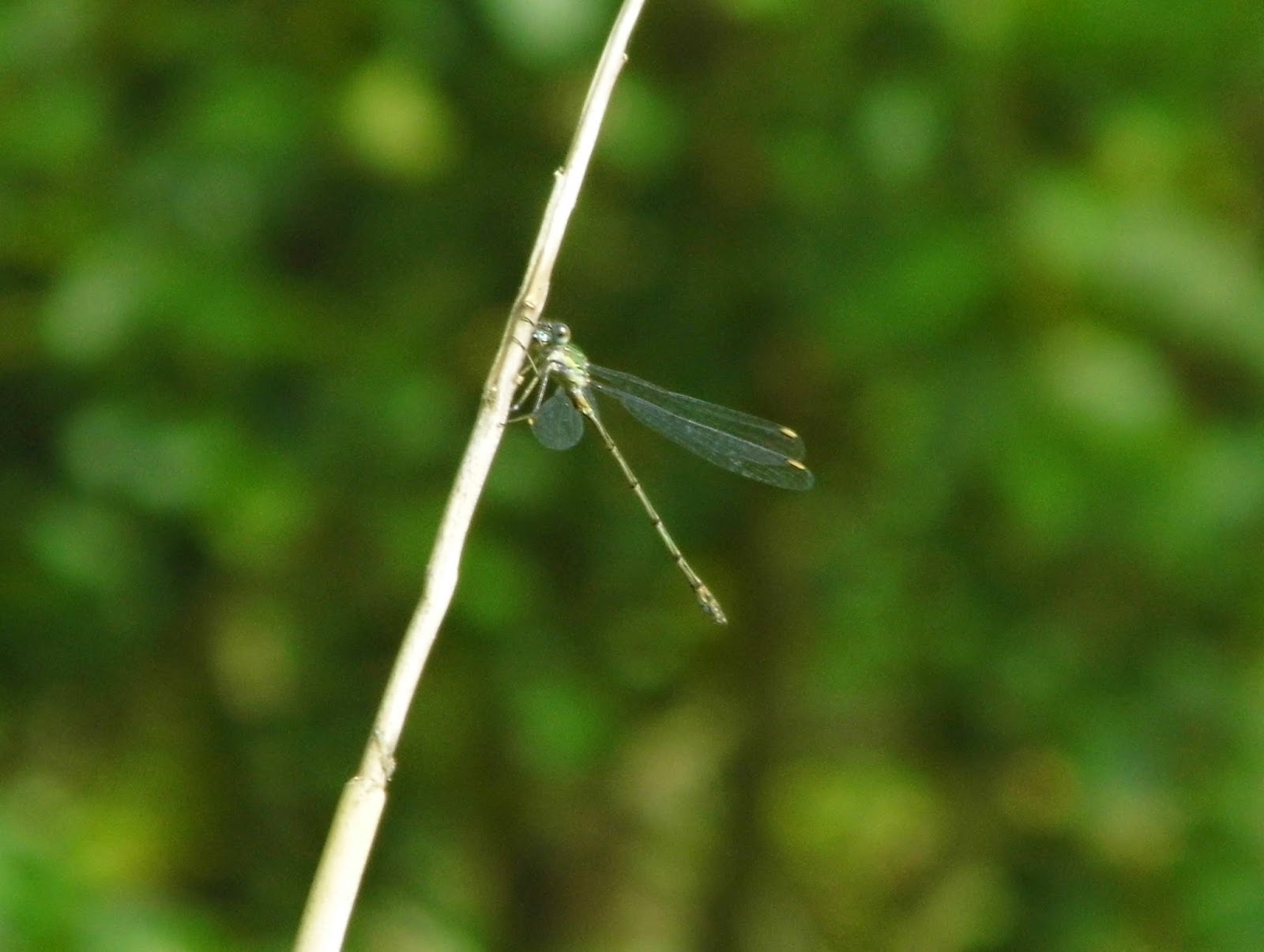 Willow Emerald - a welcome addition to the city centre odonata