Despite work and the oppressive heat, I still managed to see some interesting insects this week. The first of these was a bug that flew in through an open window whilst I was at work. I potted it and took some photos, and was able to identify it as Deraeocoris flavilinea. As there were no Norfolk records showing up on the NBN maps* I contacted the county bug recorder, who informed me that it was only the second county record, so a good record. 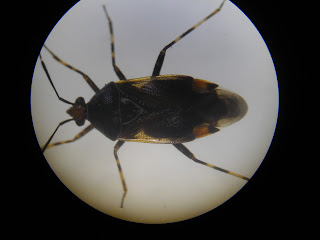 The next day nothing made it through the windows, but I did notice a ladybird on the outside of the window. I leaned round and potted that too. I recognised it as a Cream-spot Ladybird, my 9th ladybird species of the year so far. 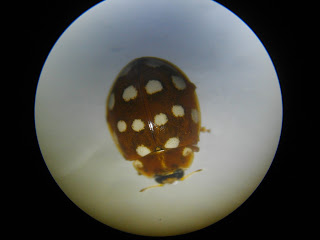 The most pleasing insect of the week however was a new moth for me, Lilac Beauty. It was caught by my in-laws, who called Cathy having been unable to find it on their butterfly and day-flying moth guides. They kindly invited us over to have a look. Lilac Beauties have an interesting crinkled-wing look, presumably to help them camouflage themselves as dead leaves. On the same evening I was doing a bit of gardening when I found my first Soldierfly, a shiny green and blue species called Broad Centurion. 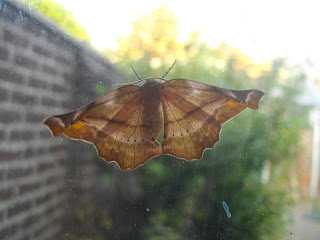 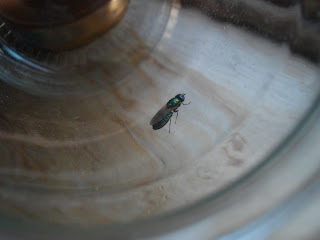 * NBN is the National Biodiversity Network. If you want to get an idea of how common (or not) a species is in your area, type in the latin name of you species followed by NBN into your search engine. It will bring up a page with the option to look at a map (top right of the page) showing all of the records submitted to the network. It gives a good indication of species range, but not definitive because some records haven't been updated or submitted.
For my example, the page is here: https://data.nbn.org.uk/Taxa/NHMSYS0020920407
and the map is here: https://data.nbn.org.uk/Taxa/NHMSYS0020309142/Grid_Map