We popped out in the afternoon for a short walk at St Faith's Common near Horsford. It didn't take long for us to find Hoof Fungus (Fomes fomentarius), a relatively common species that I hadn't seen before. It used to be found in Norfolk as it fossilised ones have been found, but in recent times it has only spread back from the west and is still not paricularly widespread. In one of the open areas there was a lot of Common Rustgill (Gymnopilus penetrans) growing, and Cathy found some more Orange Peel fungus (Aleuria aurantia). I spotted some Fluted Bird's-nest Fungi (Cyathus striatus), which was nice to find having previously been shown it earlier in the year at Earlham Cemetery 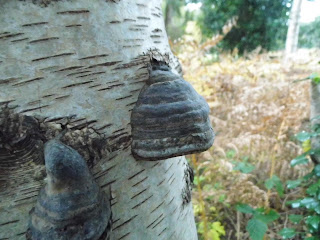 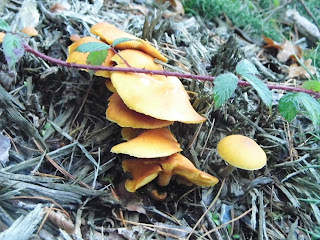 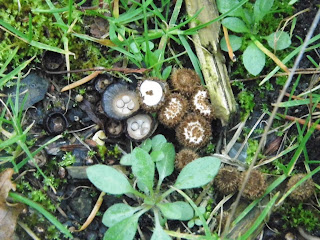 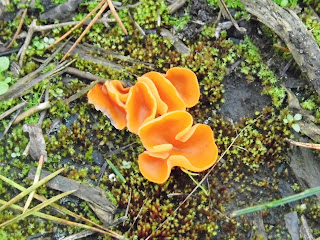