Today was the monthly Friends of Earlham Cemetery walk, with a fungi and trees theme. In the absence of Ian, who maintains the sites fungi list, I helped lead the walk. We began in the small areas of nutrient-poor grassland alongside the drive. Pleated Inkcap was the first fungus of the day, followed by Ivory Bonnet and Meadow Coral. We soon found some Waxcaps, including some bright red ones which turned out to be Vermillion Waxcaps (rather than Scarlet, which I thought they might be at the time). In the same area were Golden Waxcap, Parrot Waxcap and Snowy Waxcap, whilst further round we saw Blackening Waxcap and the tan-coloured ochraceopallida variant of Snowy Waxcap. Other species in this area included Ivory Coral and Earthtongue spp. 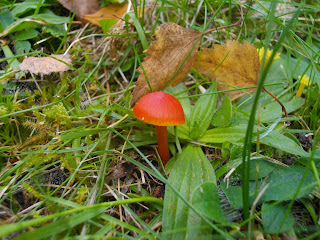 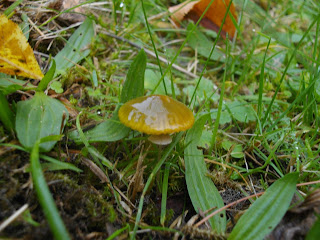 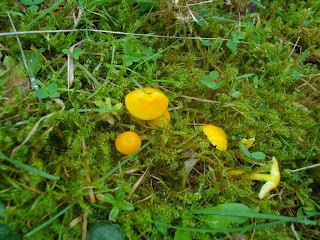 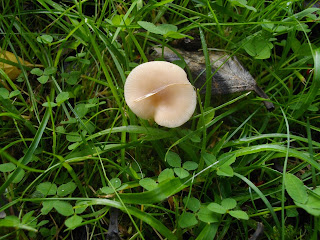 Continuing along the path Jeremy showed some of the group the effects of Ash dieback disease, whilst we found the strong-smelling Sulphur Knight and looked at the diversity of form of the Deceiver. Further round we compared the gill structures of Tawny Funnel, Clouded Funnel and a Mycena sp. A lone Sessile Earthstar was growing by the path, but it was a bit eaten around the edges, which was a shame. We saw some Milky Bonnets, Butter Caps and Smoky Bracket as we headed round to the area where the Death Caps are found. That species had gone over, but we did see some Dog Stinkhorns nearby. 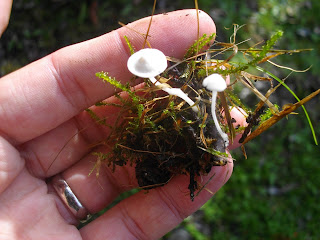 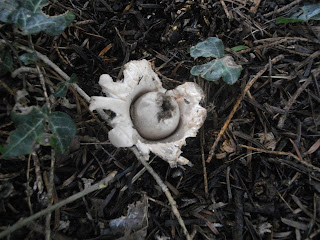 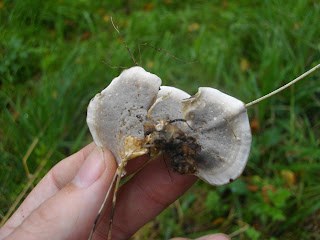 Finally we checked an area near the entrance where the coral Ramaria flaccida grows, and also saw some Lilac Fibrecaps. The next Friends of Earlham Cemetery walk is on Sunday 15th November at 2pm if anyone is interested. 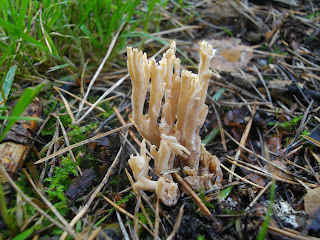