I was in North Norfolk to drop Cathy off in Tuttington, so I called in at Felbrigg Hall to have a look for fungi. Felbrigg is one of the best sites in the county for Waxcaps, and the only place in Norfolk that the rare Pink Ballerina has been recorded. I didn't find any of those, but I did see Scarlet, Parrot, Golden, Meadow and Snowy Waxcaps. The rarest species I saw was a tiny parasitic fungus that turns the gills of Snowy Waxcaps a purple colour. Provided that this record is accepted from a photo then it will be the 4th Norfolk record. A pale yellow club fungus was probably Apricot Club, although it requires microscopy to be sure. There was no sign of any Mandarins on the lake, but there were a couple of Little Grebes, plus 34 Tufted Ducks and some Gadwall. 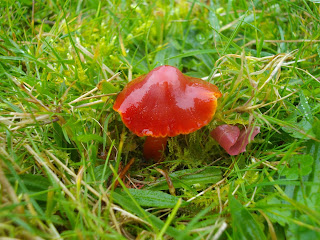 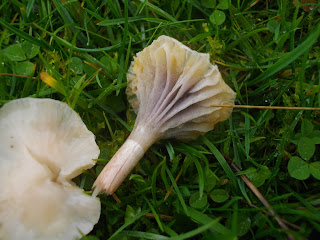 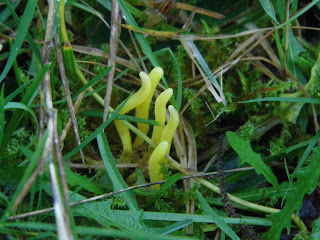