For Cathy's birthday we headed across the border to West Stow in Suffolk. Here there is a reconstructed Anglo Saxon village along with a finds museum. Each of the huts is constructed in a different way, as part of experimental archeology, so that historians can compare different theories, which seems like a good way of investigating these things. Arriving early afternoon, we first had lunch in the cafe, before heading to the visitors centre. Outside are two large planter pots filled with examples of Breckland flora. This seems to be a good idea, to raise awareness and familiarity with these rare and specialist species, although due to the time of year nothing was flowering. 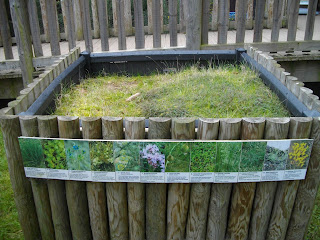 Having watched a short video clip about the site, we headed off an looked around the huts. Whilst looking round I saw some finches perched on a nearby hedge. I raised my binoculars and noticed they were Bullfinches, twelve in total. I think this may well be the most I've ever seen in one flock. After having a look around the village we headed to the museum, pausing on the way to watch birds coming to an area of feeders (Marsh Tits and Coal Tits being the highlights). 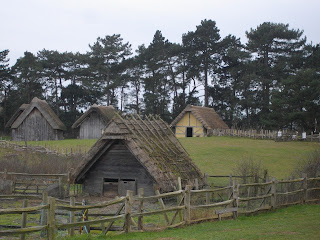 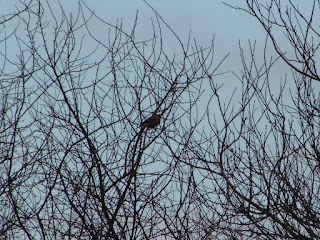 After looking around the museum we had a brief walk out into the country park. A flock of Siskin flew over our heads and off towards Lackford. We saw two Muntjacs and various common bird species before heading back to the car park. 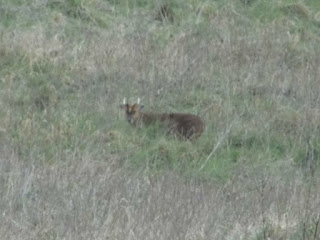