For the final part of my weekend of wildlife I headed off into the Brecks for a joint meeting of the NNNS, Norfolk Flora Group and Lowestoft Field Club. The site was advertised in the programme as West Harling Heath, although shortly after entering the heath was a board describing the site as Middle Harling Heath.

Numbers were fairly low for the event, but it was clear that the other members were very knowledgeable botanists. The positive side to this is that many species were found and recorded, including some Breckland specialities. The slight downside was that specialist recording groups tend to refer to species amongst themselves familiarly by one-word scientific names, meaning my notes needed a bit of deciphering at home!

Some of the more interesting plants that we saw included Long-headed Poppy, Bur Medick, Field Mouse-ear, Hairy Rock-cress and Thyme-leaved Sandwort. One of the rarest but least impressive ones was the grass Purple-stemmed Cat's-tail. To add insult to injury, the stem wasn't even purple on these ones. 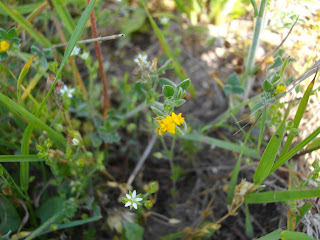 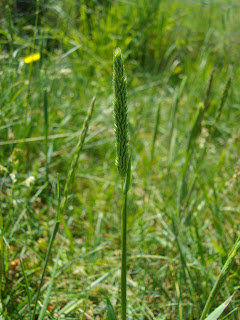 
Whilst looking at plants I was keeping an eye out for insects, as there are several shieldbugs and leatherbugs I'd like to see that are found most often in the Brecks. As it was the only shieldbug I saw was a Hairy Shieldbug. Day-flying moths included a Mother Shipton and several Yellow Shells. My first Painted Lady of the year flew quickly over the heath, and Common Blues were also present. Other highlights included two Wasp Beetles and a Lackey moth caterpillar. 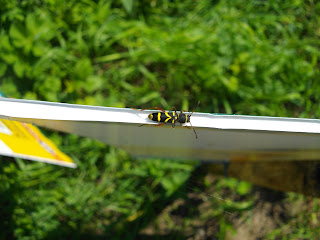 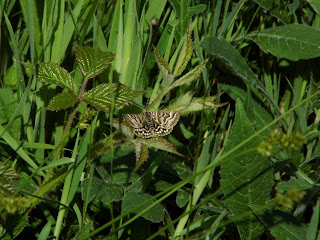 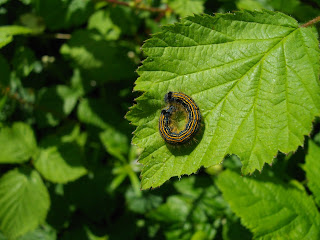